Secularism, infused with the doctrines of political correctness and identity politics, is now the established religion of much of the Western world. It bears some resemblance to the religions it has displaced, but in practice also raises some troubling questions.

What if the moral code it seeks to impose is flawed – prejudiced, tainted with hypocrisy, or unjust in some way – so as to rob it of any real moral authority? And even if one accepts the legitimacy of its moral code, is it not deficient in one most important aspect – its apparent failure to provide any concrete means whereby those judged guilty of violating its moral code can be “redeemed” and restored back into the community?

But first, the similarities: 21st-century secularism, like its Judeo-Christian predecessors, has its list of “thou shalt nots.” Thou shalt not express personal religious values in the public square (see Quebec’s Bill 21). Thou shalt not emit greenhouse gases (see Justin Trudeau’s sermons on climate change). Thou shalt not speak disparagingly of minorities (see the denunciations by the CBC and others of hockey commentator Don Cherry’s reference to new Canadians as “those people”). The list goes on and on.

Also, like its predecessors, secularism infused with political correctness and identity politics prescribes severe, though modernized, penalties for violations of its moral code. Instead of physical stoning in the public square, we now have virtual stoning on social media. To the levying of fines on economic miscreants we have now added the targeted taxation (such as carbon taxes) of such miscreants. And whereas incarceration was once the principal means of isolating violators of the moral code from the rest of the community, today we have virtual shunning and the permanent banishment of alleged violators (such as Mr. Cherry) from the online public square.

There is one other regrettable similarity between this secular religion and those it has largely replaced. And that is the pernicious prevalence of hypocrisy among some of its most vocal and visible leaders and teachers – hypocrisy among the leadership of any religion often being its most repulsive feature. Ironically, while the “sins” that even contemporary Christians most frequently denounce are those associated with sexual immorality or economic exploitation, the sin that Jesus of Nazareth himself most frequently and vehemently denounced was the hypocrisy of religious elites.

In our day, the personal lifestyles (private jets and monstrous houses) of the denouncers of greenhouse gas emissions far too often contradict their public posturing. Those who once protested against the confining of people to the private closet because of their sexual orientation now are frequently in the forefront of calling for the confinement of persons with a religious orientation to that same closet. Those who have criticized the old residential school system run by the churches for using schools as religious indoctrination centres are now often in the forefront of turning the public schools into political indoctrination centres.

But now to the most apparent deficiency of secularism as a religion: the absence of any explicit provision for redeeming and restoring to acceptance by the community those judged guilty of violating its moral code. In ancient Judaism, if one violated the Mosaic code and acknowledged having done so, sacrifices could be made to atone for the violation, and the violator was restored to fellowship with God and the community.

In Christendom, if one violated the moral code and confessed to having done so, personal acceptance of the self-sacrificial death of Christ as atonement for such violations again provided a path of redemption for the violator and restoration of relations with the community. Even in hockey, if one breaks the rules but serves the prescribed penalty, one can usually return to the ice and the game.

But what does secularism, especially when infused with the doctrines of political correctness and identity politics, have to offer in this regard? Apparently nothing but permanent banishment – a one-way trip to the secular equivalent of Hades. Surely a religion which proclaims tolerance and inclusiveness to be the distinguishing features of its creed must be able to offer some path of redemption to those it condemns and excludes. But what is that path, and where is the evidence of it actually being offered to the Don Cherrys of this world?

Opinion
The Conservatives should care less about winning, and more about who they are
Subscriber content
January 29, 2020 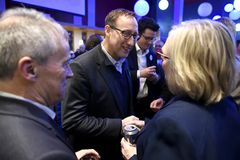 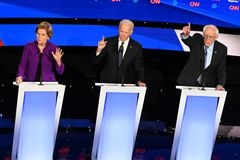 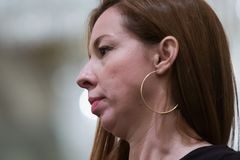