This has been a year of staggering loss in the United States. Almost 200,000 Americans have died from COVID-19, and in recent days, we’ve learned that U.S. President Donald Trump understood the virus’s risks to American lives but purposely played them down. We have witnessed Mr. Trump trample on our democratic values and norms in service of his ego and personal gain. In the past four years, his leadership has made our country more fractured, less safe and less equitable. We can’t afford another four years of this and neither can our democracy. And in this instance, “we” refers to the global community – the entire world.

As if that weren’t enough, the U.S. also lost a civil-rights lion in Representative John Lewis, who passed away in July. Mr. Lewis spent decades advocating for voting rights because he understood that suffrage was the key in the fight for civil rights and equality for all Americans. He held that conviction even on his dying day, calling for Americans to be vigilant in his final letter: “Ordinary people with extraordinary vision can redeem the soul of America by getting in what I call good trouble, necessary trouble. Voting and participating in the democratic process are key. The vote is the most powerful nonviolent change agent you have in a democratic society. You must use it because it is not guaranteed. You can lose it.”

And indeed, in November, Americans will have to work harder than ever to pursue their right to vote. Communities have seen polling stations shuttered or consolidated, which means lines on voting day will be long and stations will be chaotic. The new Postmaster-General – a Trump appointee – has enacted new policies that critics fear could disrupt the postal system such that mail-in ballots will not be returned on time. Those who persevere despite these obstacles will do so because they understand what is at stake; they will do so because the right to vote is sacred.

If you are an American living in Canada, you belong to a voter demographic that is roughly 650,000 strong. Globally, there are approximately 6.5 million eligible U.S. voters living outside the country. That being said, in 2016, slightly more than 7 per cent of those Americans voted. Only 5 per cent of Americans living in Canada voted in that election, in which the margin of victory was just 107,000 votes spread across three battleground states: Michigan, Pennsylvania and Wisconsin. The margin of victory in Michigan was less than 11,000 votes. An increase in votes from Americans living in Canada could have had a far-reaching effect on our most recent presidential election – and that will be true in 2020, too.

Even though Americans living abroad have historically voted in low numbers, their votes have been a deciding factor in several elections. In 2016, American voters from abroad represented the margin of victory in Governor Roy Cooper’s race in North Carolina; in the same year, they helped Senator Maggie Hassan win her race in New Hampshire. In 2018, votes from expats covered the razor-thin margin of victory for Florida Agriculture Commissioner Nikki Fried; indeed, more American voters abroad sent their ballots back to battleground Florida than any other state. An estimated 50 per cent of U.S. voters living abroad will cast their votes in electorally important states in 2020, so if you think your vote doesn’t count because you’re an American living in Canada, please know that it does. It can make a big difference.

If you no longer have a residence in the U.S., know that you can still vote. If you haven’t lived in the U.S. for decades, know that your vote counts. If you’ve never lived in the U.S., but were born of American parents, there are 37 states where you can still vote. And the time to act is now: The deadline for voting by Americans living abroad is much shorter than those stateside, so register and request your ballot early at VoteFromAbroad.org (volunteers will walk you through specific guidelines and offer 24/7 support). If the state you register in allows voting by e-mail, do so. If the state you register in only allows vote by mail, fill out your ballot and send it back immediately.

If you’re an American living in Canada, your vote could be a crucial agent of change. Given another four years, Mr. Trump would pursue an unprecedented path toward authoritarianism, which is why anyone with the franchise must use it. And Canadians can help by making it known to their American friends and loved ones living abroad that they can have a great impact on the course of history simply by voting in November.

The U.S. and Canada are more than neighbours. We are family. As family members, we have shared outcomes in what the future holds. Americans are American wherever we live, including in Canada, and what would happen in the U.S. under another four years of Mr. Trump’s leadership will affect us all. 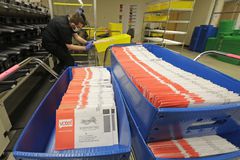 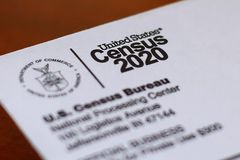 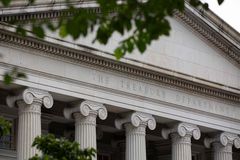