This decade is coming to an end with citizens – in numbers great enough to unsettle their governments – filling the streets of Hong Kong, New Delhi, Beirut, Santiago, Baghdad, Rome, Caracas, Tehran, Bogota, Prague, Algiers and Warsaw, and with a year that featured regime-challenging protests in Moscow, Jakarta, Belgrade, Quito, Cairo, La Paz and Port-au-Prince, among other places.

Most of these protesters have three things in common: They are young; they live in the urban areas that are home to most of their country’s population; and they are not represented, either symbolically or materially, by the generation and disposition of leaders who govern their countries.

Their anger represents a positive force of change – and a register of this decade’s failure to fully deliver the fruits of 30 years of worldwide human improvement to the next generation. Most of these protesters do not enjoy the lives and livelihoods that they and their parents had expected to be available for them. Many want something completely new – a new political system, a new way of managing the economy, a new ecological commitment.

There have been other years with a lot of mass protest; 2011 stands out. But there is a feeling that this year marked the start of something new, an explosive venting of pent-up frustration with the coarsening of political life that defined much of the rest of this decade.

Years ending with a nine should not be any different from any others, yet something about them often inspires many people to cast off the old and push for change. The world hit the peak of major economic crises in 1979 and 2009, and of major political crises in 1939, just before 1969 and in 1989. There is, I sense, a greater sense of era-ending millennial anxiety in 2019 than there was in 1999.

It is tempting to see this year as a bookend, with 1989 at the other end and, between them, a lot of premature pages devoted to the “end of history,” the end of polarization and the end of the Cold War. It has been a 30-year interregnum, this logic goes, but now the borders are slamming shut, an angry divide is opening between two incompatible systems, and the world stands on the eve of another cold, and possibly even hot, war.

It would be a mistake to think this. The world is not falling back into two competing economic systems; it is polarized between two political ways of managing the same capitalist system. The anger of the protesters is directed against those regimes and leaders who would isolate their countries from the main currents of the world and fail to deliver its promised quality of life.

In his new book Capitalism, Alone, the Serbian-American economist Branko Milanovic makes a persuasive case that the capitalist economy – that is, mainly private ownership of enterprises and property within a market system – is now “uncontested,” and will remain so. Like it or not, the return of socialism as a national economy is not a possibility; he views communism, in what I think is a correct analysis, as the instrument that poor countries used temporarily in order to develop the foundations of capitalism. The few holdout countries are little more than scavengers on the scraps of this global market. (We should remember that communism collapsed 30 years ago in large part because it depended fundamentally on unsustainable levels of borrowing from capitalist banks.)

The dangerous new divide, which Mr. Milanovic likens to the split between Catholicism and Protestantism that bloodied Europe in the 1600s, is between “two different types of capitalism.” One is “the liberal meritocratic capitalism that has developed incrementally in the West," as well as in Japan, Korea and Singapore. The other, newer and fast-expanding one is “the state-led political, or authoritarian, capitalism that is exemplified by China but also exists in other parts of Asia and parts of Europe and Africa.”

In their decades of triumph, political leaders in the old-style capitalist countries often withdrew from the key role of government in ensuring that the markets created public wealth that was used to improve equality and social progress. Without fear of a competing system, they grew stingy and short-sighted.

This not only allowed the new, anti-liberal capitalism to triumph overseas, but created a disillusioned and fearful electorate easily susceptible to local champions of that authoritarian system – the Putins, Bolsonaros, Orbans and Trumps who defined this decade.

The unrest in 2019 suggests that a large part of the worldwide public have had it with this divide – both with the stingy, selfish management of the older system, and the closed brutality of the new one. May this be not an end, but a beginning. 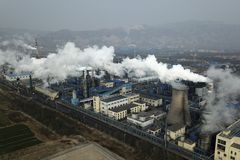 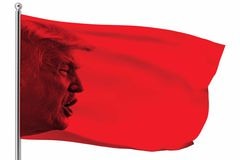 Opinion
What a time to be alive: What the 2020s will mean for our understanding of space and time
December 27, 2019 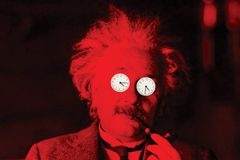