To be a climate hawk living in Ontario is complicated. Without a doubt, climate change is a global emergency, one that requires immediate, drastic action, including the rapid phasing-out of fossil fuels.

At the same time, I know that’s an easy position to take when no one I know works in oil or gas.

Too often, these discussions get polarized: short-sighted Western Canadians making a quick buck off a dying planet, versus spoiled Ontarians who don’t understand how real people support their families. B.C. is full of lichen-eating hippies who oppose all resource extraction − they’re happy to hoverboard to work in the mornings, so there.

This regional fragmentation is only deepening as the Trans Mountain pipeline drama drags on. Heels are digging in and threats are being made − it’s an anxiety-inducing scene, especially when combined with constant bad climate news (psst, coral in Australia’s Great Barrier Reef has died off by 30 per cent).

Seeking new ideas and perhaps a little optimism, I called Lliam Hildebrand, executive director of Iron and Earth. A welder, boilermaker and steel fabricator, Mr. Hildebrand worked in the oil sands on and off for six years.

Three years ago, during a period of collapsing prices and massive layoffs, he and his colleagues in the Nexen operation in Long Lake, Alta., south of Fort McMurray, were consumed with fears about both their boom-and-bust jobs and climate change.

“We had hundreds of conversations about the need to transition into renewable energy jobs,” said Mr. Hildebrand, not least because it’s a rapidly growing industry.

In the spring of 2016, he co-founded Iron and Earth to advocate for the “thousands of workers” who want a job change, but don’t want it to destroy their livelihoods. Mr. Hildebrand speaks of a “prosperous transition” out of fossil fuels, one that is “beneficial to workers, families, communities, the environment and the economy.”

It’s not a new idea. Since the 1980s, labour organizers have used the term “just transition” to describe society’s responsibility to workers in industries affected by tightening environmental standards. Various European countries have programs for those who used to work in coal.

The term is used in the opening of the 2015 Paris Agreement on climate change: as a new Prime Minister, Justin Trudeau signed on to recognize “the imperative of a just transition of the work force and the creation of decent work and quality jobs.”

Yet, the Canadian government doesn’t have any plans to do this for oil workers. It was only this past February that the Minister of the Environment and Climate Change announced a nine-month task force on “Just Transition for Canadian Coal Power Workers and Communities,” though clearly that industry’s been on its way out for years.

Mr. Hildebrand says upskilling workers needn’t be intensive. Solar and wind are the fastest-growing sources of renewable energy, and training a certified electrician to work on a solar farm only requires a five-day course.

The key is to create efficient programs, he said: there’s no need for a certified tradesperson to take two years off to be accredited as a wind-turbine technician at Lethbridge College (though he recommends the course highly to newcomers).

Mr. Hildebrand believes a just transition is possible: apparently the majority of workers building wind infrastructure in Texas used to work in oil and gas. He first realized the flexibility of his own skills when working on a wind farm, and he wants Canadians to know “how excited workers are to ... contribute to addressing climate change through using the skills they’re so proud of.”

But the cost, you insist: well, the fossil fuel industry in Canada currently gets $3.3-billion a year in subsidies in the form of various tax credits – and one election promise made by Mr. Trudeau was to scrap them.

Instead, he’s considering putting public dollars into the beleaguered Trans Mountain project, which is owned by one of the largest energy infrastructure companies on the continent. Even so, Kinder Morgan seems to be pulling away from the project as the battle brews between Alberta and B.C.: on Wednesday, its chief executive said the new pipeline may be “untenable.”

I’m glad the oil sands are a sunset industry: they’re an absolute environmental nightmare. That doesn’t mean those who work there are bad people, but that everyone in Canada needs to help them move on.

Opinion
Globe editorial: Alberta’s threatened oil embargo is no way to save a pipeline
April 11, 2018 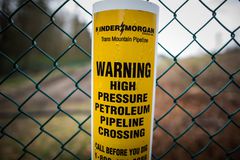 Opinion
The activist group that Big Oil should be worried about
March 7, 2018 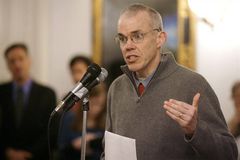 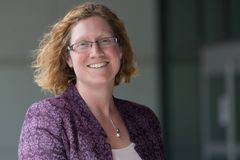