Marina Adshade teaches at the University of British Columbia’s Vancouver School of Economics and SFU School of Public Policy.

Canadians know very little about our social trends, and that is a problem.

Public perceptions of masculinity took a two-one punch last month, first with the American Psychological Association’s warning that traditional masculinity ideology is harming men and second with a viral Gillette ad that urged us to ask, “Is this the best a man can get?”. Long before we in Canada stopped debating masculinity on our social media pages, Americans were handed some much-needed context in the form of a Pew Research Center report; the U.S. debate on masculinity was indicative of the political divide in that country, with those on the right feeling that society looks down on a personality trait that they see as overwhelmingly positive.

Are Canadians' views on the topic of masculinity any different? We have no way of knowing. Canada has no equivalent to the Pew Research Center – a non-partisan organization that provides up-to-the-minute facts and analysis on social trends, attitudes, and beliefs – and without that we know very little about ourselves.

The Globe and Mail’s series on the lack of accessible data in Canada has shone a light on outdated Statistics Canada policies and red tape. But another way to know ourselves is through good, vigorous polling – and we lack that in this country, too.

What are the costs of having a deficit of information about public perceptions?

The first is this: much of our starting-off point for public debate on topics that are important in the moment is that the perceptions of Canadians are no different from that of the Americans. But is that actually true?

Leaving aside whether very similar people have very similar beliefs, the demographic composition of Canada is different than that of the United States. We have much greater diversity on a variety of dimensions, including racial, ethnic, linguistic and religious diversity. By assuming that the attitudes of Canadians are no different from the Americans we significantly overstate the polarization of our public opinions.

When the Pew Research Center reports that 54 per cent of people think there are too few women in top executive positions, that number is not just a function of individual perspectives, but the composition of the people in the population who have those perspectives. Change the composition, and the measure of opinions would be very different.

The second cost of this lack of data on public perceptions is really just the inverse of the first; the risk that Canadians see themselves as fundamentally different from the Americans in ways that we are possibly very similar.

There is a temptation when we hear about concerning social trends to dismiss those as being irrelevant in Canadian society – to think that we are perpetually better than others because we have never seen any evidence to the contrary.

For example, two weeks ago, American conservative political commentator Tucker Carlson created an uproar by delivering a surprisingly liberal monologue on the frustrations felt by low-income, less-educated men on their inability to form families in the modern economy.

While the absence of data makes it impossible to say for certain, it seems likely that similar men in Canada are feeling the same frustration. The desire to form families transcends borders, and the economic conditions for low-income men in Canada are not fundamentally different than they are in the United States. But the lack of country-specific data on this issue allows Canadians to feel at liberty to dismiss those concerns as an essentially American problem.

The final cost is related to how we fill the data void. In the absence of good data and analysis on public opinion, we have become overly dependent on social media to help determine the public sentiment. Reliance on those spaces to glean public opinion creates a very biased sample; our social groups are hardly representative of the overall population. This only contributes to polarization of beliefs, and allows us to ignore the existence of those who would disagree with our views.

Last spring, 10 people in Toronto were killed in a van attack that was apparently motivated by a misogynistic movement of angry men frustrated by their inability to form romantic attachments with women. In the intervening months I have seen no effort to determine how pervasive these views are in Canadian society. It is easy to believe that this was an isolated individual – and perhaps that is the case. Personally, I think we should find out.

We do periodically get public opinion polls on these topics, but those do little to help us understand social trends. We need a non-partisan, secular organization that does rapid-response polling, high-quality demographic and social science research, and provides up-to-date content for media and the general public.

That might sound like an expensive proposition, but the costs of not knowing ourselves could be even higher. 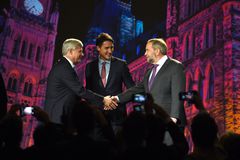 Nearly half of Canadians are within $200 of financial insolvency: poll
January 21, 2019 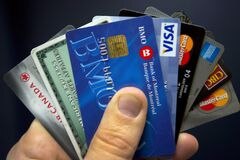 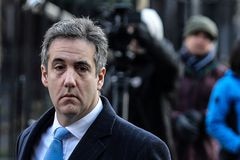