Doug Saunders
Published May 28, 2021 Updated May 28, 2021
For Subscribers
Comments
Text Size
Please log in to listen to this story. Also available in French and Mandarin. Log In Create Free Account

That was Emmanuel Macron’s conclusion on Tuesday, as governments rushed to freeze bank accounts, ban travel and forbid Belarusian airlines from entering European airspace in the latest round of punishments aimed at Minsk and Moscow.

In one sense, the French President was wrong. Although Europe, the United States and Canada were quick to slap restrictions on Alexander Lukashenko’s Belarusian dictatorship this week after it forced a European jetliner to land in its capital on fraudulent grounds in order to seize and imprison journalist Roman Protasevich, and although the European Union and its allies have broadly agreed to toughen restrictions on Russian regime-connected figures after President Vladimir Putin’s agents poisoned and subsequently imprisoned opposition leader Alexey Navalny, these restrictions fall far short of what’s possible.

Europe has decided not to ban the holding and trading of Russian sovereign debt, and the U.S. limited its restriction to new debt. The U.S. and Europe have also allowed Russia to remain part of the SWIFT interbank network to this point, which will leave Russia’s middle class largely unharmed. And both Germany and U.S. President Joe Biden have decided to allow the Nord Stream 2 gas pipeline, crucial to Mr. Putin’s economic and political legitimacy, to be completed without restrictions. So, technically, sanctions policy is not even close to any limit.

But Mr. Macron’s larger point is important. The layering-on of subsequent sanctions in response to each abomination does work as punishment; as a study by the Bank of Finland concluded, the sanctions “have had a clear negative effect” on the economy of Russia. But when you get beyond the moral level, they have had no success in freeing political prisoners, restoring Crimea to Ukraine after Russia’s invasion, preventing Russia and Belarus from shooting down or forcing landings of civilian jetliners, or preventing military threats from escalating.

Mr. Macron went on to say that “the policy of progressive sanctions … is no longer an effective policy,” and in those words, he is entirely right. The sanctions regime, as he noted on Tuesday, fails because it does not include a “short-, medium- and long-term strategy” to shift Moscow and Minsk away from unacceptable excesses.

What would an effective international strategy based on achieving results rather than simply meting out punishments look like? As it happens, we have a successful example before us, and it’s one in which Russia is actively participating.

The Joint Comprehensive Plan of Action (JCPOA), also known as the “Iran nuclear deal,” is uniquely successful because it reverses the usual logic of sanctions. Rather than imposing punishments for dangerous misbehaviour, it promises to remove those punishments – to unfreeze assets and allow citizens access to foreign banks – if the offending country agrees to cease the misbehaviour (in this case, to adhere to the nuclear Non-Proliferation Treaty) and submit to day-to-day inspections by a neutral international body (the International Atomic Energy Agency) to prove they’re doing so. It is a scheme that promises to normalize relations on the basis of constant distrust.

One of the six “distrusting” nations supporting the JCPOA along with the European Union – and currently negotiating to have it renewed, now that the United States has rejoined it – is Russia. Mr. Putin appears to share the others’ desire not to have Iran become a nuclear-weapons rival, but he also sees Iran as an ally that could benefit from being a fully participating member of the international financial system.

The logic behind the deal, then, is hardly unknown in Moscow. It happens to be exactly the sort of logic that would address Mr. Macron’s complaint and turn empty sanctions into constructive acts.

That said, the notion of a “JCPOA for Russia” – in which Moscow would be excluded from world banking, finance and travel systems until it agrees to, say, a monitored withdrawal from Crimea and release of political prisoners – is hard to imagine at the moment.

That’s because the JCPOA relies on three things that aren’t forthcoming at the moment. The first is the participation of a large number of major countries in this common project. Second is a widespread consensus around a set of restrictions that isolate the target country. And third is that country’s eventual agreement to negotiate.

At the moment, there is no European or North American consensus around the best stance toward Russia’s and Belarus’s transgressions. But at least there’s a widespread understanding that more and more sanctions just aren’t working – and that any better plan has to look not just at the next set of punishments, but at the eventual conditions for their removal. Until we start applying that logic, punishments will remain symbolic. 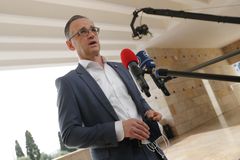 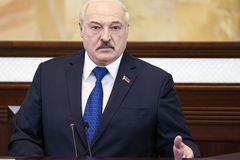 Opinion
The Ryanair hijacker? He’s the President of Belarus
May 26, 2021 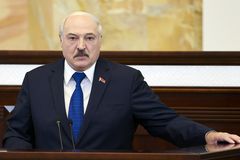