John Sewell is a former mayor of Toronto.

Sometimes governments find it is easier to get their way by disregarding their own laws and proceeding as though there are no fetters on their actions.

So it is with the government of Premier Doug Ford.

That Ontario government has declared that it will “upload” the ownership of the Toronto subway system. It has appointed transportation consultant Michael Lindsay to advise on how that will be done, although it has said his advice will be kept confidential. The province has also said it will introduce legislation to assume ownership of the subway once the new legislative session begins Feb. 19.

The City of Toronto owns the subway – the land, the stations, the tracks, and other things involved – through its agency, the Toronto Transit Commission. On Dec. 19, by a vote of 23 to 2, city council stated it is opposed to this takeover, and the law appears to be is on its side.

Undeterred, the province is forging ahead without a meaningful definition of what “uploading” means nor clarity about whether the city would be paid for the appropriation of the system.

What the provincial government ignores is the law that governs this kind of dispute. Section 2 (1) of the Expropriation Act states that “despite any general or special Act, where land is expropriated or injurious affection is caused by a statutory authority, this Act applies.” Section 1 (1) defines expropriation as “the taking of land without the consent of the owner by an expropriating authority in the exercise of its statutory powers.”

That is certainly the situation here. Toronto has made it clear it does not consent. The law also applies to those who hold easements over the subway, none of whom have given consent.

Section 3 states "This Act binds the Crown.” That means that the province must follow the provisions in this statute.

The Act goes on to define which ministry would be responsible the expropriation process, and states that where it is unclear, responsibility falls to the Attorney-General. It then requires the Attorney-General to give notice to the city of its intentions and publish this notice in a local newspaper for three consecutive weeks. Such notice has never been given, nor has a notice been published in a Toronto newspaper.

These are simple procedural steps that the province has not bothered to take, apparently hoping to threaten city council enough that it reverses its opposition.

But the Act gives the city a strong negotiating position if it tells the province it must to adhere to the law. Section 6 states that the city can apply for a hearing about whether the expropriation is “fair, sound, and reasonably necessary,” and that hearing, conducted by an independent inquiry officer, permits cross-examination of witnesses.

The province has been unclear about why taking ownership of the subway is reasonable or necessary. It has talked vaguely about extending the subway, but to do so does not require ownership of it. And it doesn’t make much sense for the province to own the system, with the TTC still operating it, while running a separate transit system that is integrated with the subway.

Minister of Transportation Jeff Yurek recently stated the government intends to sell air rights over the subway, and that’s probably what the takeover is all about. That hardly satisfies the legislated criteria of the takeover being “fair, sound, and reasonably necessary.”

Then there’s the matter about what the province would have to pay by way of compensation. Section 13 states compensation will be based on market value. What is the subway and its associated land worth? We know the under-construction Eglinton Crosstown LRT is valued at about $8.4-billion. It has 25 stations, while the subway has 75. Does that mean the subway is worth three times as much? A hearing would have to determine the value.

Toronto city council must demand that the law be followed. That’s the only way this significant asset – worth a great deal of money, but also vital to Toronto’s continued efforts to be a world-class city – is fully protected. 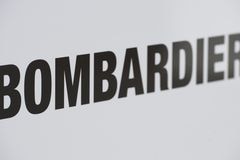 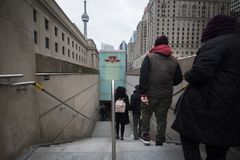 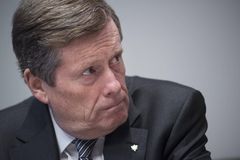