Is the era of tech utopianism finally over? Only a decade ago, we were told that the visionaries at Google, Amazon, Facebook and Apple would break and smash and innovate society upward, that we would all be carried on the backs of their profits. But 10 years is a long time in an age of technological and social upheaval, and the white horses they rode in on are looking increasingly apocalyptic.

This is a story that begins in a dingy pocket of Toronto’s eastern waterfront, a place where driving instructors used to take nervous beginners because they knew there was nobody around to hit. There’s still not much there. That will all change if Sidewalk Labs, a division of Google parent company Alphabet, goes ahead with its planned deal to build its smart city of the future, called Quayside.

In its creators’ vision, Quayside is what happens if we take the path toward a Jetsons-shiny future rather than stumbling down a Blade Runner-dark one. It will be a place where innovative urban design and technology are tested, where affordable housing is available and Lake Ontario is filled with happy people in kayaks. It promises “forward-thinking urban design and new digital technology to create people-centred neighbourhoods that achieve precedent-setting levels of sustainability, affordability, mobility, and economic opportunity.” Or, as Sidewalks’ chief executive Dan Doctoroff told CBC’s Metro Morning this week, “We want to create a place that sets a new standard for urban life in the 21st century.”

Who could disagree with such a dazzling vision of the future? As it turns out, many people. Under the glittering wrapping of Sidewalk Labs’ original proposal with Waterfront Toronto, the tri-level group in charge of the city’s invaluable lakefront, lies something more ominous. A Toronto Star investigation revealed that Sidewalk’s ambitions do not stop at the 12-acre parcel of Quayside. It also has designs on more than 300 adjacent acres, where it would help lay down infrastructure and build public transit, in return for a cut of tax revenues and development fees.

If, at this point, you’re saying, “Wait, isn’t that what government is for? Building infrastructure and planning transit and levying taxes?” I would laugh and respond, “Where have you been?” We’ve been told not to trust government with those functions, because governments are “wasteful” and “inefficient.” That’s why we have giant American technopolies.

Sidewalk is insisting there is nothing shady or secretive about its long-term designs on Toronto’s waterfront; this economy-of-scale thinking has always been part of its proposal. (Here, I am reminded of the scene in The Hitchhiker’s Guide to the Galaxy where the planning decision to demolish the hero’s house is “on display at the bottom of a locked filing cabinet stuck in a disused lavatory with a sign on the door saying, ‘Beware of the leopard.’”)

The Sidewalk deal was announced with triumph and the blowing of many politicians’ horns in October, 2017, but in the ensuing months, there’s been a gathering sense of anxiety and worry. Ontario’s former privacy commissioner Ann Cavoukian quit her consultancy role over concern about how Sidewalk’s partners might retain and use citizens’ data. The province’s auditor-general also raised concerns in her 2018 report, saying that he Waterfront Toronto-Sidewalk deal “raises concerns in areas such as consumer protection, data collection, security, privacy, governance, antitrust and ownership of intellectual property. These are areas with longterm and wide-ranging impact.”

Jim Balsillie, the co-founder of Research in Motion, has said he’s worried about important Canadian innovation being stomped out by Alphabet’s big boot. He wrote, “Sidewalk Toronto is not a smart city. It is a colonizing experiment in surveillance capitalism attempting to bulldoze important urban, civic and political issues.”

How well does the public understand these complex issues? As NDP MP Charlie Angus said this week, “it’s worth putting a bit of a pause on. Exactly how big is this project? … What does it mean for a private corporation to wire the public and private spaces of a city?" At the very least, people in Toronto should have more time to study the deal, and to get the straight-up goods about what the potential ramifications and benefits are.

They might also want to read The Washington Post’s recent story headlined, “Google reaped millions in tax breaks as it secretly expanded its real estate footprint across the US.” The word “secret” is key here. Transparency is the most important weapon that citizens have in these discussions – and it’s the weapon that’s most often hidden from them. And when people feel they’re being given only a tiny fragment of the whole truth, or being sold a bag of shiny beans, they’re liable to get their backs up.

Amazon recently learned this the hard way. After a courtship in which various North American mayors offered the retailing giant everything but their first-born children, Amazon decided to grace Queens, New York, with its second headquarters. Various levels of government offered Amazon – a company that paid no corporate tax last year on US$11-billion in profits – upward of US$3-billion in incentives to come to Queens. In return, Amazon promised billions in investment and 25,000 jobs over a decade.

The problem was that these negotiations were conducted largely in secret, out of the public eye. By the time the deal was presented to New Yorkers as a fait accompli, the protests had already started. Politicians and citizens were Big Apple-loud in opposition. Amazon decided it couldn’t make it there, and abandoned its plan for Queens.

People are in a mood, and thank goodness for it. It’s increasingly hard to find anyone who is comforted by the notion, “lie back and don’t worry about it, and we’ll take care of everything.” Especially when there are huge issues as stake, over who profits from data and ideas and city-building.

In Canada, there are huge ramifications for the rest of the country, because a successful Sidewalk isn’t going to stop in Toronto. And it’s all moving at a speed that is good for downloading movies, but less good for planning what we want our future to look like, and who we want it to serve. 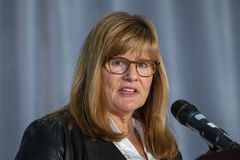 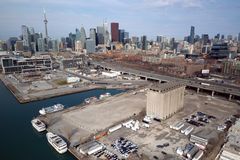