Eric Andrew-Gee is a member of The Globe and Mail’s editorial board.

Six months ago, I was woken up by a phone call. My friend Sophia’s voice was tentative, but she got to the point: Nick had been in a car accident. He was unconscious. My mind raced through possibilities: a spinal injury, a long recovery, maybe a wheelchair. Just the thought of that knocked me to the ground. It was only when I got to the hospital that I realized we should be so lucky.

Toronto is a small town in many ways. Nick Cameron and I were basically small-town boys. We met in the third grade at Dewson Street Junior Public School, near College and Dovercourt streets. We shared an interest in the CuJo-era Maple Leafs and MuchMusic-approved indie rock of the Sam Roberts vintage. He tried to teach me how to skateboard and I believe he emulated my turnaround jump shot.

We went to the same junior high, the same high school in grades 9 and 10, and grew even closer as undergrads at McGill. Nick made sure of it.

He had a genuine talent for friendship – it was something he worked at. If you were too tired to go out, he made you drink coffee at 11 p.m., so the two of you could have a night together (it was always worth it). He forged endless little inside jokes that wove him closer to his favourite people (by definition meaningless on the page, but: “Bolt!”, “Master Gee,” “Defence,” “Nickay Thray.” God, I miss them). He opened up to you like a child and listened like a grandparent.

After graduation, we came back to the old neighbourhood and lived together in a small walk-up apartment with shag carpets and fruit flies caked onto the stove light.

It was a cozy world. Nick played shinny at Dufferin Grove Park, where, as a teen, he’d made pocket money baking English muffin pizzas, and we played basketball with our other childhood best friend, Tim, at the West End Y. We were following our fathers (and his mother) into journalism. The grungy sports bar Brass Taps, which we had watched men enter and exit woozily as boys, became our local.

By the time of the accident, Nick was putting together an adult life. He was living in a nice place in Parkdale. He had a serious girlfriend, Monika, whom our friends really liked. He had just gotten a new job in web development.

We were still small-town boys in many ways – there’s a photo on my desk of the two of us, aged 26 or so, showing off our mint-chip ice cream cones outside Christie Pits, wearing goofy smiles – but we were also becoming young men.

We edited each other’s writing and confided in each other about breakups and new love. We helped each other move for beer and pizza, as we hopscotched between crummy apartments in our mid-20s. We cooked for each other. Toronto had nurtured Nick, then launched him.

But almost exactly as that was happening – almost exactly six months ago, in the hours before I got that phone call – I believe the city failed him: failed him in the worst way, and in a way it must learn from, so that it doesn’t fail any more of its children.

On the early morning of March 21, Nick and Monika were heading to the airport, on their way to a vacation in Mexico together. It was a big step for them. Nick was already talking about moving in.

They summoned an Uber and it arrived around 3 a.m.

At first, the driver went the wrong way – east, away from the airport, all the way to Spadina. When he finally got turned around, he suggested taking city streets, rather than the highway. Nick and Monika urged him to take the Gardiner Expressway, by far the fastest route.

After a few minutes, the driver’s phone fell off his dashboard. He was using the phone’s GPS to navigate, so he pulled over. The shoulder at that part of the Gardiner, near Royal York Rd., is narrow – barely a car wide. People don’t pull over there unless their car has broken down.

When the driver had retrieved his phone, he merged back into traffic, apparently without checking his mirrors. A BMW smashed into them from behind. The rear left side of the Uber, where Nick was sitting, bore the brunt of the impact.

Nick was taken to the hospital without vital signs. His neck was broken and he had suffered massive brain damage. The phrase the doctors used that morning was, “It doesn’t look good.” I knew what that meant, and had to tell Tim when he arrived in the pale bright corridor outside the trauma unit. “Don’t say that,” he told me.

Nick was on life support for about 36 hours. That gave his friends the chance to say a long, excruciating goodbye. The injuries were all internal, so Nick looked like himself – or almost. The same pale, oddly delicate eyelashes, noticeable because his eyes were closed, not full of their usual mischievous spark; the same handsome, square jaw and full lips, but again closed, not alive with the crooked, squinty smile that revealed a chipped tooth from the time in Grade 3 when he passed out during choir practice in the school gym. The same broad chest and bearish arms, unable now to embrace anyone. I held his hand and told him I loved him.

For months, my grief was weather: strange spells of sunny normality, but mostly gloom, and bursts of sobbing at inconvenient times – at work, or when I was driving, or right before a dinner party.

I wasn’t angry, not at first. The city’s role in what happened, or Uber’s, felt secondary. My sorrow was intensely, achingly private. Turning it into a political crusade would have felt crass.

Nick’s family knew differently. They were angry, and rightly so. They realized what happened to him could happen to someone else’s child. They realized Nick’s death was not just a personal nightmare, but a terrible failure of policy.

In June, his mother, Cheryl, gave a powerful presentation to the city’s Licensing and Standards Committee, urging greater regulation for Uber drivers in Toronto. More recently, his siblings Patrick and Rachel started an online petition calling on city council to restore safety training for ride-share and taxi drivers.

It turns out there isn’t any. In the negotiations over Uber’s regulation two years ago, the city tried to placate cab companies worried about competition by levelling safety standards down, rather than up. That is, instead of imposing the same rules on Uber that the taxi firms faced, it eliminated most of the rules for everyone. A mandatory 17-day safety training course for cabbies was scrapped.

Now, ride-share chauffeurs in Toronto need only a regular driver’s licence, fewer than nine demerit points, no overdue by-law fines and no major criminal convictions or road infractions to their name.

Toronto’s peer cities all have more demanding safety regimes. In places as disparate as Montreal, Calgary, Chicago and New York, ride-share drivers have to undergo roughly the same combination of in-class safety lessons, written exams and road tests as taxi drivers. The length and stringency varies, but they all have some degree of training.

These cities have rejected Uber’s logic, which says the company offers lifts from friendly amateurs, not professional drivers, and that quality control can be maintained by a driver rating system that lets riders dole out stars for performance.

Nick’s case shows how flawed that thinking is. Being an Uber driver is demanding. You’re often working long shifts, during rush hour or at odd times of day; plying unfamiliar routes and navigating by GPS, which takes your attention away from the road; stopping and starting frequently to let out passengers; distracted by strangers in the back seat; and with the pressure of making good time to pick up the next fare. Given all these challenges, shouldn’t ride-share drivers be the best on the road?

I can think of a few ways training would have benefited Nick’s driver (who is expected to plead guilty to a charge of careless driving, in exchange for having more serious charges, such as dangerous driving causing death, dropped).

It emerged after the accident that he was a 23-year-old from Ottawa who had only recently moved to Toronto; a road test might have revealed that he was nervous on the city’s highways. Lessons in local geography, such as those cabbies used to receive, would have taught him where the airport was. An instructor might have hammered home the notion that pulling onto the shoulder of a highway when you lose your GPS is unwise.

As for the star system – a lot of good it did Nick. New drivers can easily rack up decent ratings before showing their true colours in difficult moments.

The good news is that Uber will only fight regulation up to a point, especially if the market is big enough. That’s what places such as Montreal and Chicago learned. If they can manage to keep Uber in check with fair safety rules, so can we. Uber will never embrace regulation – few companies do. The onus is on the city.

Why wouldn’t the city act? It goes against common sense to have untrained amateurs driving strangers around in a hectic city. No wonder the places most like Toronto do things differently.

Finally, six months later, I feel angry. I can’t believe Nick was killed so avoidably, and so stupidly. Stolen from us. Because Toronto, Nick’s hometown, wouldn’t protect him. As a favour to a company.

Yeah, I’m angry now. But I also know Toronto can redeem itself. There’s a municipal election coming up. Tell your candidates about what happened in that Uber on March 21. Tell them we can do better. Toronto should be proud to have raised someone like Nick. Even acting now, too late, would honour him. 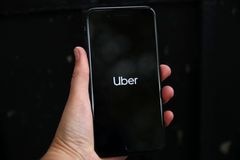 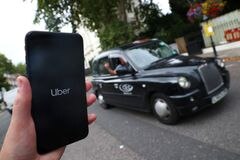 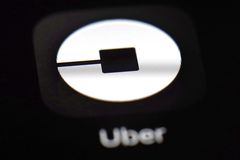