Neil Hauer is a Canadian journalist and analyst writing on Russia, Syria and the Caucasus, based in Yerevan, Armenia.

There are roughly two main groups of people talking about what a normal and stable place Syria is today. The first is the regime of Syrian President Bashar al-Assad in Damascus and his allies. For this camp, such a narrative is entirely expected and natural, if misleading and unconstructive. Mr. al-Assad is eager to portray the conflict as over: He wants to speed his readmission to the international arena and secure funding and legitimacy from global institutions after largely “winning” the civil war. His partners have similar motivations, with Russia also regularly trumpeting what a safe place Syria today is for refugees to return home to as it seeks to scale down involvement.

The second group is something much less expected. This is the scrum of Western travel bloggers who have descended on the country in recent months. Equipped with a backpack, a handheld video camera and a YouTube channel packed with solicitations for donations, the travel blogger’s approach and motivation are vastly different than the Syrian government’s – but the message, and the result, are the same.

The average travel blogger’s Syria trip looks something like this: fly into Damascus and head straight for the old city. Wander through some souks, take selfies with various vendors and passersby (who are always, always smiling and have nary a complaint to voice), and discover that, lo and behold, Damascus actually has bars – always a key feature of “normality” to elucidate. Then take a trip northward, perhaps stopping at Homs or Krak des Chevaliers, depending on what the off-screen government minders have allowed, before swooping into Aleppo. Again, make for the city centre, sticking to the largely intact western half of the city (you know, the one that wasn’t destroyed by four years of government air strikes). Perhaps give a few secondary references to the war – always in the passive tense, as if 90 per cent of the destruction was caused by an act of God and not the man whose government approved your tourist visa. End by imploring others to visit this newly undiscovered gem and title with a variant of “Syria – it’s not what you think!”

The most glaring feature of these videos is that the event that has defined Syria for nearly the past decade – the brutal civil war that has seen more than half a million dead and more than half the country’s population displaced – is relegated to a sideshow, mentioned occasionally in passing. The desire to avoid such a depressing topic is understandable. Most travel writing tends to avoid politics, and the desire to show that Syria as a country and Syrians as a people are not defined by war alone, but by the richness of their history and culture, is a laudable one.

But the war is not ancient history. It is something that still occurs today, and whose consequences are being felt daily by millions of Syrians. A few dozen kilometres west of the Aleppo citadel popular with travel bloggers, an indiscriminate bombardment campaign continues on more than three million civilians in Idlib province. Just to the citadel’s east, tens of thousands of civilian homes lie abandoned and destroyed, their residents forcibly (and likely permanently) displaced by the Assad government, which views them as disloyal. Busy streets in Damascus lie close to prisons such as the infamous Mezze prison, where thousands of prisoners have been (and continue to be) starved to death and executed, most for little more than having the gall to demonstrate against the Assad regime. Bloggers extol the virtues of Syria’s restaurant scene while the vast majority of the country’s remaining population is reliant on United Nations food aid to survive.

Ignoring or downplaying these “uncomfortable” realities – realities that are often fatal for Syria’s actual inhabitants – goes hand in hand with the goals of the Assad government. Merely by entering Syria, travel bloggers have entered into a contract with the ruling regime, one in which only Damascus’s desired viewpoint will be permitted to be expressed. The ubiquitous government minders, who I’ve been told may accompany foreign travellers permitted a visa, ensure that bloggers are never able to interact with locals without an atmosphere of fear and coercion, that even a moment’s hesitation to answer a question the correct way could lead to detention and torture. Portraying Syria as a “normal” country under these circumstances is a deeply fraught and immoral choice.

As someone who regularly travels to another area – Chechnya – ruled by one of the world’s worst human-rights offenders, I am sometimes faced with the same questions posed by both others and myself: Aren’t you helping and normalizing the Ramzan Kadyrov regime? There are a few crucial differences. First, little if any of my money goes toward directly funding the odious Chechen government – I stay with local friends, not in the gaudy state-run hotels, spending money at local eateries and markets. Secondly, my discussions of contemporary Chechnya, while noting the incredible warmth and hospitality of the people and beauty of the land, always highlight the atrocities regularly committed by the government there. If Mr. Kadyrov were to read one of my articles on Chechnya, he would likely be highly displeased. From what I’ve seen, the exact opposite would be true for Mr. al-Assad watching one of the YouTubers who visited Syria in recent months. If travel bloggers were to emphasize these realities of Syria, their accounts of the country might come off in a different light. But such caveats are not often found.

By all accounts, Syria was a truly magnificent place for travellers prior to 2011, with some of the most hospitable people in all the world. Hopefully it can one day be that again, although in present circumstances, it seems like it will be many years or decades before anything approaching normality can return to the country. But the current reality remains. Visiting Syria as a tourist in 2020 is, at best, deeply cynical and uncompassionate. At worst, it is serving as an accessory to some of the worst war crimes and human-rights abuses the world has lately seen. 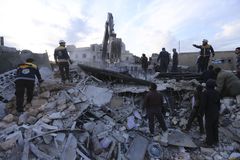 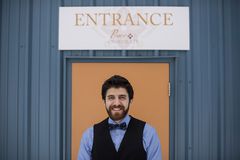