Canadians are generally an affable bunch. Many started wearing masks before they were required by government order. The past week’s lockdown rebellion was led by a guy selling baked beans and smoked turkey. Prime Minister Justin Trudeau’s approval rating is more than 14 points higher than it was this time last year, despite a tumultuous summer of scandal and enduring delays by the federal government to deliver programs such as comprehensive rapid COVID-19 testing at airports.

That congeniality will run out, however, if and when Canadians are forced to watch peer nations start vaccinating their citizens while this country effectively remains in lockdown. Mr. Trudeau began the process of managing expectations earlier this week when he noted that Canada will receive its COVID-19 vaccine orders after other countries due to lack of domestic manufacturing capacity. The countries that have developed the vaccines are “obviously going to prioritize helping their citizens first,” he said.

So when will Canada begin receiving its requested 20 million Pfizer, 56 million Moderna and 20 million AstraZeneca vaccine orders? The Prime Minister has suggested it will be some time in the first few months of 2021, though Minister of Intergovernmental Affairs Dominic LeBlanc, more ambitiously, told CTV it could be as early as January.

But the government will not speak to the specifics – including established delivery timelines, if any – of the agreements signed with each pharmaceutical company, and the manufacturing capacity of American drug companies is only enough supply for a fraction of the U.S. population by the end of the year.

Pfizer, for example, has said it can produce around 50 million vaccine doses this year. About half of that will go to the U.S. market, and because each person requires two doses of the vaccine, only about 12.5 million Americans will be able to get the vaccine this year. Moderna estimates it can produce 20 million doses – enough for 10 million people – by the end of the year, meaning a combined total of 22.5 million Americans could be vaccinated by the end of 2020.

But 22.5 million, in a country of 328 million, is likely too small a proportion to justify widespread distribution to the rest of the world, particularly for a company like Moderna, which accepted a US$1.5-billion infusion of government cash. The U.S. government will surely want that investment paid back in inoculated American patients before Moderna will start meaningfully fulfilling international orders.

While Pfizer and Moderna have maintained control of manufacturing, AstraZeneca has signed a handful of deals to allow countries to produce their vaccine domestically. The snag for Canada, however, is that it signed no such deal, nor does it have the capacity to produce the vaccine on a necessary scale since planned upgrades to the National Research Council facility, which could produce the vaccine, are months behind schedule. Canada is thus left at the mercy of other nations to send along their vaccines if and when it is economically and politically feasible.

Yet Canada had, and still has, a domestically produced mRNA option – the same new type of vaccine Pfizer and Moderna produced, seemingly with great success. Providence Therapeutics Inc. submitted a $35-million proposal to conduct human trials back in the spring, after trials with mice showed its vaccine was successful in blocking COVID-19. “Back in March, we were two months behind Moderna,” said chief executive officer Brad Sorenson. But the company heard virtually nothing from the government between March and mid-August, according to Mr. Sorenson, and only secured funding – $4.7-million – this past October. It hopes to begin Phase 1 testing in the new year.

“We have the talent, capacity and know-how to make this vaccine in Canada,” said Mr. Sorenson, who added that his company had manufacturing capacity to make up to 10 million doses in 2021, but had to give up lab space because it was costing the company too much money, given it was sitting idle.

Mr. Trudeau and his ministers have repeatedly been asked about why the government hasn’t invested more in Canadian-made vaccines (especially considering the type of PPE nationalism we saw early in the pandemic), as well as why they did not pursue vaccine licensing agreements and whether their vaccine orders include delivery timelines. The government’s responses have ranged from speeches about vaccine manufacturers that were privatized or closed under various Conservative governments (which is fair enough) to vague assurances that the government is doing everything it can to protect Canadians (which is meaningless blather).

While generally well-natured Canadians might shrug off these sorts of non sequiturs during conventional political jousting, there will be no patience for platitudes if Canada is left in a limbo while peer nations embark on the road back to normality. Mr. Trudeau made a life-and-death bet that vaccine nationalism won’t impede Canada’s battle against COVID-19. The odds don’t look good, and no doubt, there will be hell to pay if he’s wrong. 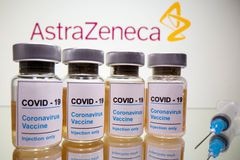