For a President who usually attacks those who betray his confidence as “low-life leakers,” Donald Trump did not seem particularly upset at the anonymous source who leaked his off-the-record comments about not budging to accommodate Canada in the negotiations to save NAFTA.

“At least Canada knows where I stand!” Mr. Trump tweeted on Friday after the Toronto Star reported off-the-record remarks he had made a day earlier to Bloomberg News.

Indeed, the U.S. President has seemed to enjoy turning the screws on this country ever since Prime Minister Justin Trudeau declared at the Group of Seven meeting in June that Canadians “will not be pushed around” on trade by the United States. Since then, relations between the two leaders only seem to have gone south.

Whether or not the failure to reach a North American free-trade deal before the Friday deadline Mr. Trump had set earlier this week can be directly traced to the chill between the two leaders, a closer relationship between the President and Mr. Trudeau would undoubtedly have helped Canada at the negotiating table.

Former prime minister Brian Mulroney has always insisted that neither the original Canada-U.S. free-trade agreement nor NAFTA would have been possible without his assiduous courting of his U.S. counterparts, former presidents Ronald Reagan and George H.W. Bush. Of course, both of those men were free traders, while Mr. Trump is an old-school protectionist, if not an 18th-century mercantilist.

Still, regardless of where they stand ideologically, all U.S. presidents are politicians. Mr. Reagan and Mr. Bush faced the same political exigencies as Mr. Trump does now in signing a deal that he can sell to both his base and members of Congress. If Mr. Reagan and Mr. Bush went out on a limb to meet Canada’s demands – particularly for a dispute-resolution mechanism independent of U.S. courts – it was in large part because both considered Mr. Mulroney a friend who would have their backs when needed.

Most Canadians might not like the idea of Mr. Trudeau cozying up to Mr. Trump, a leader who represents just about everything they abhor. But no Canadian prime minister can ever afford to alienate his U.S. counterpart. With NAFTA talks set to resume next week, Mr. Trudeau should spend his Labour Day weekend on the phone, buttering up Mr. Trump, rather than applying sunscreen at Harrington Lake.

Because, at this point in the talks, it will likely take an order from the White House to break the impasse that forced Foreign Affairs Minister Chrystia Freeland to leave the NAFTA talks on Friday without a deal in hand. Her negotiating partner, U.S. Trade Representative Robert Lighthizer, has been unwilling to give way on Canada’s demand to preserve NAFTA Chapter 19 dispute-resolution panels in any successor deal.

The U.S.-Mexico deal reached earlier this week does away with the Chapter 19 panels, leaving U.S. trade complaints against Mexico to be settled in U.S. tribunals or at the World Trade Organization, although Mr. Trump threatened this week that he might pull his country out of the WTO altogether. That leaves Canada in a very difficult position. Without the assurance that trade disputes will be arbitrated by an independent party – such as a NAFTA panel – companies will be less likely to invest in Canada or Mexico.

The time for paying lip service to Canadian dairy farmers has come to an end. Opening Canada’s milk-products sector to more U.S. imports would be a small price to pay for preserving an independent dispute-resolution mechanism. To be sure, the timing isn’t perfect, with a Quebec election campaign under way and party leaders of all stripes vowing to fight tooth and nail to protect the province’s 5,400 dairy farmers. But Ottawa should not be deterred by the political theatre going on in Quebec.

The sad fact of the matter is that, even if a Canada-U.S. deal emerges in the coming days, it will mark a step backward from the current NAFTA.

From Canada’s perspective, Mexico’s concessions on autos might not look so bad, since they will extend the best-before-date on some auto-assembly jobs here. But they will also discourage companies from setting up continental supply chains that are in everyone’s interest, from the Mexican workers who need the jobs to the Canadian and U.S. consumers who benefit from lower car prices.

As for those U.S. auto-assembly jobs Mr. Trump will boast about saving – well, their days are numbered anyway. No manufacturing sector is replacing people with robots faster than the auto industry and the future of the U.S. and Canadian economies lies not in assembly-line jobs, but in high-technology ones.

Still, it’s time to save what you can, Mr. Trudeau.

Top trade official in Mexico’s new government says he wants Canada in any future deal – and Mexico did not sell Canada out
August 31, 2018 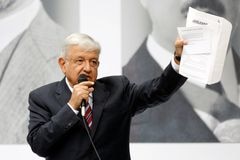 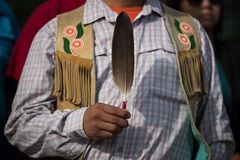 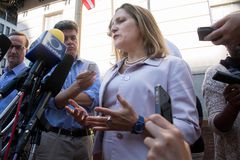