The Trudeau government is laying it on the line, you might say. Through its ambassador in Washington, it has delivered a message to the White House: Don’t sign a trade deal with China while Canadians are being held hostage in that country.

Envoy David MacNaughton has been blunt with top members of the Trump administration. What he has told them, he said in an interview, is “There’s no way you would do a trade deal with China if they had jailed two of your citizens. We’ve got two of our citizens in jail in China as a result of our actions on your behalf. You should be treating those people as if they are American citizens.”

In addition to the detentions, Canada’s trade with China has rapidly deteriorated as a result of Ottawa’s compliance with a U.S. request to arrest Huawei Technologies executive Meng Wanzhou in December. On Tuesday, tensions were ratcheted up further with the news that Chinese authorities have sentenced a second Canadian to death for alleged drug trafficking.

Months ago Ottawa protested – though not vigorously – to the Trump administration about the dire collateral impact of the Meng arrest. Taking a stand against a trade agreement with China unless the prisoner issue is resolved has upped the ante.

As yet, Mr. MacNaughton hasn’t received much of a response from the White House. “They acknowledge the point. But our folks are still in jail,” he said.

Meanwhile, the United States appears to be on the cusp of a trade accord that could reset the economic relationship between the world’s largest economies. It’s high priority. Their negotiators are in Beijing now, and Canadian concerns, it’s a good bet, are hardly top of mind.

But Ottawa isn’t without some clout. The government has the power to block the extradition of Ms. Meng, whose hearings are scheduled to start in Vancouver next week.

Ottawa regards the detained Canadians – Michael Kovrig and Michael Spavor, who are accused of espionage-related offences – as hostages. On the subject of hostages, Canada’s record features a grand example of assistance to the United States.

During the Iran hostage crisis in 1979, Canadian ambassador Kenneth Taylor shielded six U.S. diplomats and spirited them out of the country. It’s a heralded moment in bilateral history.

Trump officials have thanked Canada for its help on the Meng case and have protested to Beijing about the Canadian detentions. But Ottawa wants more than that.

The hope now is that Washington will not sign a trade deal without settling the Meng dispute as part of the negotiations. That means Ms. Meng would be used as a bargaining chip. Ideally the United States would drop its case against her as part of a trade pact. Canadian-Sino relations could then start tilting back to where they were before this crisis began.

The stakes for Canada are high. Beyond the restoration of a healthy relationship with the Middle Kingdom, the U.S. negotiations could also lead to a resolution of the steel and aluminum tariffs imbroglio. If an agreement leads to their removal against China, it could well trigger similar relief for allies such as Canada.

The tariffs are the main stumbling block for Canada’s ratification of the USMCA trade deal, the renegotiated version of NAFTA. “I’ve said to everybody here that there is no chance the USMCA will be ratified with those tariffs in place,” Mr. MacNaughton reported. “They said, ‘Oh, you’re bluffing.’ I said, ‘I don’t bluff.’”

The worst-case scenario would see Washington reach a trade deal that doesn’t solve the Meng crisis and that lifts the steel and aluminum tariffs on China while leaving allies stuck with them. Ottawa would remain in the same brutal fix with China, it would be in no position to ratify the USMCA and it would be at loggerheads with Washington.

This being the case, Mr. MacNaughton is right to be making a strong pitch to the White House. The proverbial full court press is in order. Ottawa has a powerful case on the steel tariffs, given that Washington’s rationale for imposing them is the outrageous claim of a threat to national security.

On the hostage situation there is a strong case as well. Canada is in a jam with China as a result of helping out the Trump team. Now, as opposed to leaving its neighbour in the lurch, it is the Trump administration’s turn to help out.

Someone should remind it of the Iran hostage crisis. 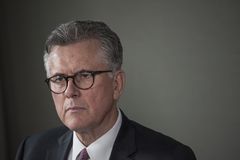 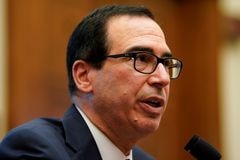