When U.S. President Donald Trump and his Russian counterpart Vladimir Putin arrived in Helsinki last month, they were greeted by 300 billboards reminding them of the importance of a free press. The ads, paid for by Finnish daily Helsingin Sanomat, were a not-so-subtle dig at the persistent attacks both leaders have made on the media in their respective countries.

Putting Mr. Trump and Mr. Putin on equal footing in the media-bashing department, however, only serves to understate the danger faced by real Russian journalists seeking to expose public corruption in a country run by a man with an iron fist. In Russia, the very concept of a free press is a theoretical one, Mr. Putin having eliminated most media he doesn’t like.

Mr. Trump does a poor Putin impression. He may yearn to hold absolute power like his Russian counterpart, but he is hamstrung by that not-so-inconsequential document known as the U.S. Constitution. It was written with the possibility of a furniture-breaking president in mind, even if the country’s founders never could have imagined someone like the Donald.

When asked last week whether she thought, like her father, that the media were “the enemy of the people,” Ivanka Trump did a double take before chuckling: “No, I do not.” So, if the President’s own daughter does not take everything he says seriously, why do certain U.S. media outlets continue to cover the Trump administration with such little circumspection?

Surely, they should have learned by now that Mr. Trump is a master of diversionary tactics and revels in getting a rise out of people. After all, there is no greater validation for someone who craves validation than being able to shift media attention simply by hitting the “tweet” button on his phone. Taking Mr. Trump’s words and tweets with a grain of salt is not to “normalize” him, but rather to deprive him of what he seeks most and get on with the business of real reporting.

The spectacle certain U.S. journalists have made of themselves in decrying Mr. Trump’s attacks on the media has not won them any sympathy among the President’s supporters. Rather, it has played right in to Mr. Trump’s hands. Public distrust of the media, especially among less-educated Americans, existed long before Mr. Trump came along. He’s merely milked it.

A recent Pew Research Center poll found that only 21 per cent of Americans had “a lot” of trust in the information provided by national news organizations, while another 49 per cent had “some” trust. Fully 29 per cent had no trust at all in the national U.S. media.

Healthy skepticism of news sources is not a bad thing. But at a time when Americans claim to be suffering from “news fatigue,” inundated as they are with more information than they can possibly process, it’s natural to blame the messenger for one’s confusion. That is not to say the news media, particularly the cable networks, are blameless. They report on Mr. Trump without nuance and seem, like him, as if they’re trying to get a rise out of their audience.

“It would be a good thing if you were to say right here, at this briefing, that the press … are not the enemy of the people,” CNN reporter Jim Acosta told White House press secretary Sarah Huckabee Sanders last week. “I think we deserve that.”

Ms. Sanders smartly demurred. Mr. Trump’s treatment of the media may be an outrage. But it’s not for individual journalists to decide that. Mr. Acosta, who has been threatened by Trump supporters and travels with a security detail, has put himself at the centre of the story. Instead of trying to play down his confrontational approach, CNN played it up. But that’s typical of the network’s coverage in the Trump era. The feigned incredulity of Erin Burnett and Anderson Cooper’s endless indignation make them look more like performers than journalists.

They all need to get over themselves. Yes, journalists are essential to democracy. But so are politicians and the American public doesn’t think particularly highly of them, either.

Don’t forget, it was the U.S. media, not Mr. Putin, that put Mr. Trump in the White House. The 2016 Republican nominee benefited from unprecedented free and unfiltered coverage as CNN and others bumped news programming to run live feeds of his rallies. It was good TV, after all.

The media fed off Mr. Trump then. In complaining about him now, they still do.

Opinion
In this grim time for journalists, a breakthrough in South Sudan
May 3, 2018 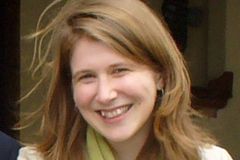 Opinion
The lost art of the political speech
April 6, 2018 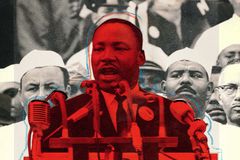 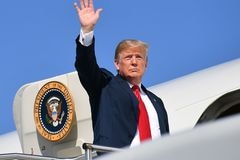