Despite losing the U.S. presidential election, Donald Trump could have left the White House a winner.

He earned the votes of a whopping 74 million Americans, who defied pollster predictions that President Joe Biden would win in a landslide. Mr. Trump made gains among Black and Latino voters (men, in particular), and managed to flip a number of blue counties red. And despite his unprecedented decision not to concede the night of the election (and for weeks thereafter), Mr. Trump still enjoyed the support of establishment Republicans, who similarly resisted acknowledging Mr. Biden’s win. Senate Majority Leader Mitch McConnell, for example, waited a full six weeks before recognizing Mr. Biden as the president-elect.

Mr. Trump’s personal delusions aside, it was clear months ago that he was not going to be President after Jan. 20, but he was nevertheless well-positioned to maintain substantial power and influence over American politics even after leaving office. All Mr. Trump had to do, really, was put a temporary lid on his conspiracy theorizing and reckless provocations so that he could resume his proselytizing – about corrupt politicians, ineffectual policy and swampish Washington cliques – from outside the White House gates. Harkening back to the mood on Nov. 4, it was clear Mr. Trump’s moment was not over – even if his stint in the Oval Office soon would be.

But Mr. Trump, a walking id, couldn’t help but succumb to his own worst impulses, like an unsupervised child with a bag of Halloween candy. He repeated his baseless claim that the election had been stolen from him, forcing a series of legal embarrassments wherein his lawyers failed to provide anything by way of evidence. His team staged a press conference at a place called “Four Seasons Total Landscaping,” which felt like watching a street preacher howl about election rigging from a hot dog stand. And when his lawyer, former New York City mayor Rudy Giuliani, went on live television to talk about supposedly serious allegations of voter fraud, viewers watched what appeared to be black hair dye drip down his face. It was as if a clown and a despot made love and had a baby, and the result was this attempt to delegitimize democracy.

Yet even then, at the start of the new year, Mr. Trump managed to maintain influence and credibility within Republican circles. His presence at a rally to support Republican candidates in the Georgia Senate runoffs was seen as an asset, with both Kelly Loeffler and David Perdue attempting to engage Mr. Trump’s fans by echoing his claims about voter fraud. Senate and House Republicans proudly declared that they would reject the certification of Mr. Biden’s electors in certain states, which was their way of telling Mr. Trump it was okay to gorge on Reese’s Pieces and mini Twix bars. These men and women stood by Mr. Trump up until – and some even after – he provoked his followers to storm the Capitol, and told them they were loved and “special” as they attacked Capitol officers, smashed windows and destroyed property.

But the visual of Trump supporters violently trying to stop the peaceful transfer of power was too much for all but the most craven Republican figures to tolerate. This time, Mr. Trump had gone too far, and it earned him censure (though not a vote for impeachment) from Republican House Leader Kevin McCarthy and a public dressing-down by former ally Mitch McConnell. Mr. Trump started to suffer personal and financial consequences: the PGA pulled its 2022 Championship from the Trump Bedminster in New Jersey; he lost his megaphones in Twitter and Facebook; Deutsche Bank announced it wouldn’t be engaging in any future business with Mr. Trump; even New England Patriots head coach Bill Belichick rebuffed his offer of a Presidential Medal of Freedom.

By the time he left the White House Wednesday morning, Mr. Trump had lost practically all of the mechanisms that would allow him to parlay his substantial grassroots following into enduring political power in Washington and beyond. His former aides, GOP leaders and even his vice-president all skipped his farewell send-off in favour of attending Mr. Biden’s inauguration.

Offering a few parting words, Mr. Trump touted his administration’s accomplishments and told Americans to “Have a nice life” before climbing aboard Air Force One to leave for Florida friendless, stunted and with an impeachment trial looming. The power he had in reserve after the election was squandered on an altar of ego and paranoia. Mr. Trump lost the election, but he didn’t have to be this much of a loser. For that, as with so many of Mr. Trump’s failures, the blame lies within. 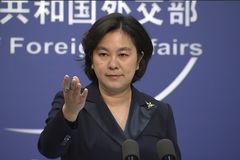 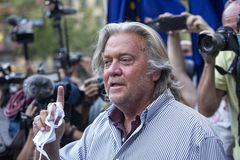 Opinion
For businesses, distancing themselves from Donald Trump was the easy part
January 20, 2021 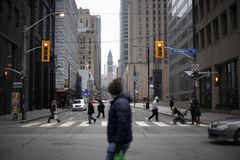