“What a comfort,” Franklin Delano Roosevelt said one day back in 1936, “to get away from the damn newspapers … I wish I had enough money to start a newspaper, confined to news without interpretation, colouration, twisting or downright lying – I think it would be a financial success.”

Given U.S. President Donald Trump’s attitude toward the fourth estate – he’s just had a squabble with the publisher of The New York Times – he’ll be pleased to know that he has some distinguished company. Mr. Roosevelt’s hostile take on the press, though he often received fond treatment, can be found in Robert Dallek’s recent biography Franklin D. Roosevelt, a Political Life.

Recalling Mr. Roosevelt these days is pertinent. Mr. Trump isn’t the only great disruptor to serve in the Oval Office. Mr. Roosevelt threw political conventions overboard. He faced similar obstacles to Mr. Trump and sometimes used similar tactics. But being a man of coherence and a few other qualities we seldom see in Mr. Trump, he made it work.

“Everything I learned about economics from Harvard was wrong,” Mr. Roosevelt told friends. He took on society’s overprivileged as opposed to protecting them. The vested interests and big newspaper barons inveighed against him. Like the Twitter-storming Mr. Trump of today, Mr. Roosevelt had a new communications tool to fight them – fireside chats via radio. Chats more than blasts.

Mr. Roosevelt knew politics was theatre and took heady satisfaction, like Mr. Trump, in being able to sell what he wanted to sell. At one point, as told by Mr. Dallek, he told Orson Welles, “Orson, you and I are the two greatest actors in America.”

Like today’s incumbent, Mr. Roosevelt did things befitting a mad king. One was his court-packing scheme of 1937. At the time, the U.S. Supreme Court was blocking his New Deal legislation, and Mr. Roosevelt moved unsuccessfully to add as many six new liberal members to the bench to overcome it. It was a constitutionally reckless manoeuvre, an undermining of the system. Imagine if Mr. Trump were to try that?

Like today’s President, Mr. Roosevelt went against the grain in seeking warm relations with the Russians. His alleged giveaway of Eastern Europe to Joseph Stalin at Yalta did not win him many converts.

Necessary for any disruptor out to recast the ways of the country – as Mr. Roosevelt did with his New Deal – is an abundance of raw nerve. Mr. Trump has it. Mr. Roosevelt had it. In a speech before 100,000 people in Philadelphia in 1936, he railed against what he called “economic royalists.” In his day, 2 per cent owned 70 per cent of the wealth. Mr. Roosevelt saw the only recourse against this “economic tyranny” as being federal government power. “The economic royalists complain that we seek to overthrow the institutions of America. What they really complain of is that we seek to take away their power.”

Economic royalists is a phrase that currently would hardly be out of place. An actual new headline on Tuesday: “Trump weighs $100-billion tax cut for wealthy”.

Mr. Roosevelt was accused of being out to overthrow the capitalist system. His wife Eleanor was pilloried as being a Communist. He had major family challenges, serious problems with his children and a difficult marriage hindered by his rumoured romances with others. Unlike today, the press of the time didn’t bother prying.

Like Mr. Trump, Mr. Roosevelt liked to spring surprises. Contradictions were common. “Never let your left hand know what your right is doing,” was a guiding principle for him. He was bold enough to take on his own party, attempting at one point to purge several Senate incumbents. He was bold enough to run for three terms, something no other president did.

Mr. Trump has the brass and bravado and resilience. He has his strong communications skills. He has a staunchly loyal populist base to build on.

But Mr. Roosevelt was schooled in governance from cousin Teddy’s days on. Mr. Roosevelt’s was not a seat-of-your-pants operation driven by whatever impulse leaped to mind in a given instant. He was a disruptor who arrived in power in the depths of the Depression, not when the United States’ economic engine was starting to roar. He was a disruptor who, like Ronald Reagan, generated warmth and optimism as opposed to division, distrust and fear.

Most importantly, Mr. Roosevelt was a disruptor whose character, contrasting that of a flim-flam man, was founded on strong and noble principles. Character, as some wise man said, is fate. 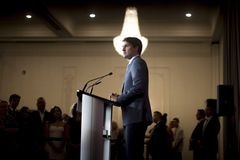 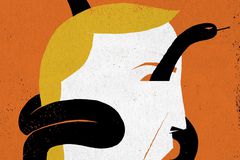 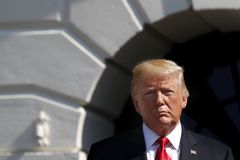