The Trudeau government wants Donald Trump to remove his punitive steel and aluminum tariffs – and pronto. Instead of seeing the President of the so-called free world cozying up to authoritarian leaders, the latest being Brazilian President Jair Bolsonaro, Ottawa wants that goodwill sent the way of the best friend and neighbour.

But to hear Canadian diplomats tell it, chances of the levies being lifted are dwindling. They were recently optimistic, but no longer. In fact, the Chinese dictatorship likely has a better chance of having the tariffs eliminated, a prospect which has the Canadian side understandably incensed.

The Trudeau government would like to move ahead with ratification of the new continental trade deal, the United States-Mexico-Canada Agreement (USMCA). And soon, as well. Time is short. It has to introduce enabling legislation for the pact’s approval by early April if it wants the deed done before parliament adjourns in June. Otherwise all is put off until after the federal election in October, and who knows who will be in power then.

But the news is bleak here as well. Congress is not prepared to move on ratification for a long time, quite possibly until 2020. Officials at the Canadian embassy’s congressional-liaison office have been told by Democratic House leaders that, sorry, there’s a raft of other issues that have to be taken care of before the USMCA gets even close to the radar. A similar message is coming from Mitch McConnell, the leader of the Senate, which is under Republican control.

The upshot puts Justin Trudeau’s government in a bind with the Trump administration once again. It doesn’t want to move ahead with ratification with the tariffs still in place. It hasn’t formally ruled out doing so. But to pass the trade pact while Mr. Trump’s senseless tariffs – implemented in the name of national security – are still in place would look like capitulation.

The Trudeau team should be using the tariffs as bargaining leverage with Mr. Trump on USMCA. He likes the trade deal. Tell him bluntly if he wants it ratified, his tariffs, which are having little impact on his trade deficit, have got to go.

For both commercial as well as political purposes, the Liberals need these trade issues resolved. Management of American relations with a White House occupant as abnormal and as difficult as Donald Trump is something Mr. Trudeau has received some credit for. But if he wants to campaign on it, he needs more to show.

Presently, Mr. Trump is preoccupied with trying to get a trade deal with China. His administration is embroiled in a dispute with Huawei Technologies, which led to the arrest of company executive Meng Wanzhou in Vancouver. The question of her release could be used as a bargaining chip in the negotiations. Canadian officials hold out some hope that this will actually happen – that the case, which led to the detention of two Canadians, will be resolved out of court, thereby dramatically easing tensions between Beijing and Ottawa.

But Mr. Trump might possibly shaft Canada further. He might secure a deal with China that, while not resolving the Meng case, removes the steel tariffs. In other words, he’d be giving China, an autocratic regime engaged in overproduction and dumping, preferential treatment over Canada, a historic ally.

There is some hope that, since the U.S. is posting a huge trade deficit despite the tariffs, that Mr. Trump might see the light and give his continental trade partners relief. But he seldom admits defeat. He isn’t in the habit of withdrawing tariffs, and he is just as liable to dig in. He could also remove them but impose quotas on the products instead. Ottawa is firmly opposed to quotas.

On USMCA and the tariffs, Canadian diplomats have been making their case daily on Capitol Hill. A team of 10 in the congressional-liaison office is headed by minister-counsellor Adam Barratt. Their task includes the education of more than 100 newly elected lawmakers whose knowledge of trade matters is scant. The reception is good. They’re finding many of the new Republicans to be moderate on trade issues.

But Congress is no hurry to ratify the USMCA, and Mr. Trump, unless Mr. Trudeau pounds some sense into him, is in no hurry on the tariffs. He’d rather play nice with the Bolsonaros of the world. 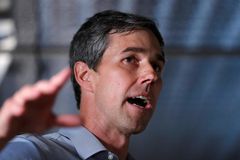 Opinion
Our chance to fix relations with Trump and China is now
Subscriber content
March 8, 2019 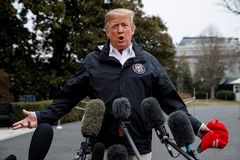