The Republican convention took place in the midst of one of the worst tragedies ever to befall the United States. During its four days, more Americans perished from COVID-19 than did on 9/11.

But speaker after speaker, including President Donald Trump, gave the pandemic minimal notice. They spent more time, much more time, blaming Democrats for racial protests, some of which have turned violent, taking a few lives – 180,000 or so less than the pandemic.

It was a preview of the Grand Old Party’s election campaign strategy. In his closing speech, one in which fact-checkers found about 20 falsehoods and misrepresentations, Mr. Trump went so far as to say, “Your vote will decide whether we protect law-abiding Americans or whether we give free rein to violent anarchists, agitators and criminals who threaten our citizens.”

The vote, he went on, “will decide whether we will defend the American way of life or whether we allow a radical movement to completely dismantle and destroy it.”

Joe Biden, his Democratic opponent, is the Trojan horse for a takeover of America by “wild-eyed Marxists.”

That Mr. Biden has a 47-year record in Washington as a moderate, that he defeated radical candidates such as Bernie Sanders to win the Democratic nomination, didn’t seem to factor into the thinking.

To win this election, a wild-eyed alternative reality needs be created, and the Republicans evidently feel the electorate is uninformed enough, gullible enough, maybe even dumb enough to swallow it.

They had no qualms in putting on a surreal spectacle, a fiction super-spreader highlighted by the President’s 70-minute culminating oration in front of 1,500 unmasked and undistanced followers on the White House lawn.

Along with trying to redefine Joe Biden, the convention tried to do the same for Mr. Trump himself. He was portrayed by speakers, many of them African-Americans, many of them women, as a soft-hearted soul, an empathetic figure who is a champion of diversity, a champion for women, a President who cares not for himself but only for America.

“I’ve been with my father, and I’ve seen the pain in his eyes when he receives updates on the lives that have been stolen by this plague,” his daughter, Ivanka Trump, said in introducing him.

In a claim that no doubt left Lyndon Johnson, who brought in the Civil Rights Act, squirming in his grave, Mr. Trump said that “I have done more for the African-American community than any president since Abraham Lincoln, our first Republican president.”

The voiceover in the video introducing Mr. Trump said he has “accomplished more in four years than any other president in history.” Step aside George Washington, Lincoln, Teddy Roosevelt, Franklin Roosevelt, Dwight Eisenhower, Ronald Reagan, Barack Obama, etc. You’ve all been trumped.

Given the pandemic, the deep economic woes, the racial tumult, the Republicans may be correct in thinking they can only win with a campaign demonizing their opponents.

Republicans traditionally attack harder in elections than Democrats do, and they have sometimes had success in doing so. Then vice-president Al Gore was beaten in 2000 by George W. Bush, who ran a more negative campaign than the pillow-punching Gore. In 1988, Democrat Michael Dukakis held a big lead in the polls over George Bush Sr. With a viciously negative campaign concocted by Lee Atwater, Mr. Bush went on to an easy victory.

Mr. Biden has given Mr. Trump an opening by saying he is prepared to shut down the country again, if necessary, to fight the virus. Should Mr. Biden win, he won’t assume power for almost five months. He has no idea what the state of the virus will be at that time. Mr. Trump pounced: “His shutdown would inflict unthinkable and lasting harm on our nation’s children, families and citizens of all backgrounds.”

Mr. Trump offered a few ideas for what he would do in the next four years. He pledged to put an American on Mars, create 10 million jobs in the next 10 months, bring in more tax cuts, take on China and restore law and order.

He declared America to be “the torch that enlightens the entire world.” He said, “the best is yet to come,” and “we will reach stunning new heights.” 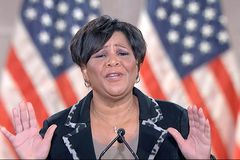 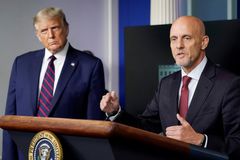 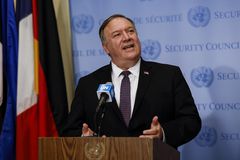