Simon Waldman is an associate fellow at the Henry Jackson Society and a visiting research fellow at King’s College London. He is the author of Anglo-American Diplomacy and the Palestinian Refugee Problem, 1948-1951.

Apart from leaks and speculations, we don’t know the full details of the so-called “deal of the century,” the Trump administration’s plan to bring about peace to the Middle East. What we do know is that on June 25 and 26, representatives of several Arab states will meet in Bahrain to discuss the economic components of the plan. Dubbed by the White House as the “Peace to Prosperity” plan, we learned over the weekend that it will include investment opportunities and funds for infrastructural and development projects potentially worth up to US$50-billion over a 10-year period to make the sides more forthcoming at the negotiating table.

Except it won’t work. For one, having fallen out with the Oval Office over funding cuts and the closure of the Palestine Liberation Organisation (PLO) office in Washington, the Palestinian Authority has vowed to boycott the event. Meanwhile, Israel wasn’t invited. If that were not enough, by deciding to prioritize the economy in the hope that this can encourage Israelis and Palestinians to overcome their political disagreements, a fatal error has already been made.

The history of the peace process has been marred by the mistake that economic inducements can facilitate peace.

Back in 1949, the international powers led by the United States, Britain and France sought a solution to the conflict through the United Nations. Unable to reach an agreement over the fate of the Palestinian refugees who lost their homes during the 1948 Arab-Israeli War, the international powers conceived the idea of creating an organization, the United Nations Relief and Works Agency for Palestine Refugees in the Near East (UNRWA), to facilitate large-scale public works programs, which would transform the Middle East using Palestinian labour in the hope that this would help integrate the refugees into their host countries. The international powers failed to realize that the Arab states and the Palestinians themselves resented these efforts and understood them as an attempt to disguise economic opportunities as a political solution.

In the years that followed the 1967 Arab-Israeli War and Israel’s subsequent occupation of Jerusalem, the West Bank and Gaza Strip, the idea of economic peace was touted by Israeli leaders. Israelis were encouraged to visit the West Bank and Palestinians to seek work inside Israel proper. However, the first intifada, or uprising, of 1987 demonstrated the futility of economic interdependence as a means to peace.

Then there was the 1993 Declaration of Principles between Israel and the PLO, and the beginning of what became known as the Oslo Accords. Although the peace process primarily focused on political issues, it was also accompanied by the 1994 Paris Protocol. This set the terms of the Palestinian Authority’s monetary responsibilities and forged a customs agreement between Israel and the Palestinian Authority. Meanwhile, peacemakers assumed that international finance and the development of the Palestinian Authority would help facilitate peace. Shimon Peres, former Israeli Prime Minister, went even further and talked about a New Middle East, a vision of economic cooperation between Arab and Jew. However, political talks stalled and so did the Palestinian economy, especially after the collapse of final status discussions at Camp David in 2000 and the violence that followed.

In 2009, Israeli Prime Minister Benjamin Netanyahu proposed the idea of an economic peace. Earlier, he had stated that Israel “must weave an economic peace alongside a political process … rapid economic growth that gives a stake for peace for the ordinary Palestinians." Coincidentally, also in 2009, under Prime Minister Salam Fayyad, the Palestinian Authority pursued a plan to build and develop the Palestinian economy as a means to facilitate Palestinian statehood. However, on the substantive political issues, the sides weren’t talking so Mr. Netanyahu’s plan was stillborn, and Mr. Fayyad’s plan did little to bring about the Palestinian dream of sovereignty.

Still, international peacemakers remained deluded in thinking that economic inducements could facilitate peace. In May, 2013, under the banner of the Quartet (an international coalition mediating Israeli-Palestinian peace), then-U.S. secretary of state John Kerry put forward the US$4-billion Palestinian Economy Initiative. However, this did little to advance peace talks. Settlement construction, the release of Palestinian prisoners, the Israeli demand that it be recognized as a Jewish state, the Palestinian unilateral signing of international conventions and, ultimately, the decision by Hamas and Fatah to form a unity government led to the demise of the talks, not the economy.

Donald Trump, his son-in-law Jared Kushner and anyone else wishing to try their hand in solving the Israeli-Palestinian conflict should recognize the limits of economic inducements. In this conflict, they just don’t work. Political problems need political solutions. 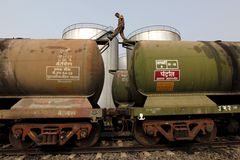 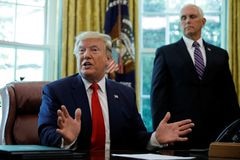 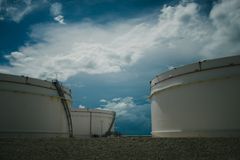