Richard Fadden, former national security adviser to the Prime Minister and director of CSIS, is a senior fellow at the Graduate School of Public and International Affairs at the University of Ottawa.

Peter Jones, former senior policy adviser in the Privy Council office, is an associate professor at the Graduate School of Public and International Affairs at the University of Ottawa.

As his decision to withdraw from the Iran nuclear deal shows, U.S. President Donald Trump believes in using U.S. power to bend others to its will. Previous presidents have all been “morons” for not using American power to force Iran to accept a more restrictive nuclear deal; make Pakistan stop supporting the Taliban; force Mexico to pay for a wall; get China to stop “dumping” products; make North Korea give up nuclear weapons; and so on.

This may be the way things work in Manhattan real estate, but it is not how things work in international affairs. Countries are harder to push around than contractors.

The real world is complex. Rarely is a relationship between two countries about one thing, and rarely is any relationship just between those two countries. It is this complexity that gives countries the ability to resist being leveraged, and even to leverage more powerful countries, if they play their cards skillfully.

Take the Iran nuclear deal. Mr. Trump is attempting to leverage U.S. power to force Iran to renegotiate the agreement. But it is not just about the United States and Iran. Mr. Trump’s actions require the other signatories (China, France, Germany, Russia and Britain) to also agree to renegotiate the deal, and it is by no means clear all of them will. Even if this was just between the United States and Iran, it’s not about the nuclear deal only. Iran can push back against U.S. interests across the Middle East and elsewhere in a variety of ways.

Take Pakistan. Then-candidate Mr. Trump boasted that he would need only “two minutes” in a room with the leader of Pakistan to get the country to do what he wanted. But it hasn’t happened. Instead, Pakistan uses its geographical position (as the main supply route into Afghanistan), and its ability to cozy up to others (China), to resist U.S. pressure. The fact that the United States can inflict pain matters less if Pakistani leaders are prepared to accept pain to stay in power. Pakistan’s generals will not decide whether to crumple before U.S. leverage because of how hard the average Pakistani is hurt, but on the basis of whether they can remain in power. If they can, and maybe use U.S. pressure to rally the people behind them in the face of U.S. “bullying,” then American leverage may not be effective.

Contrary to Mr. Trump’s blustering, leverage by means of threats is rarely entirely successful. Even in a case where Mr. Trump’s behaviour seems to have led to change – such as in North Korea – the reality is not clear. It may be that South Korean and Chinese policies have had as much effect on the North Korean leadership as Mr. Trump. Perhaps the North Koreans always intended to trade the promise of discussions on their nuclear program for economic gains once that program had reached maturity (and let us never forget that, for all Mr. Trump’s claims to have resolved the issue through toughness, North Korea has only promised to talk about resolving it, a promise it has made, and reneged on, before).

Of course, leverage is not a bad thing in itself. Indeed, as former CIA officer and U.S. congressional staffer Robert Hathaway shows in his study on the subject, leverage can be useful when it is employed gently, almost as a form of seduction, as part of a package of measures to entice another country to do the things one wants. Leverage is also rarely entirely successful, even when employed skillfully. Instead, relationships are multidimensional. There will be give and there will be take.

The implications for Canada are important. Mr. Trump’s attempts to leverage Canada (and Mexico) to accept one-sided trade deals, need to be put into context. There are other actors in the United States who place a different value on these relationships. Many U.S. states rely on trade with Canada and Mexico; powerful U.S. business and labour interests do not want trade patterns disrupted; the costs of everyday goods will go up for U.S. businesses and consumers. Congressional and state leaders are sensitive to these pressures, even if Mr. Trump claims not to be. Finally, if Mr. Trump does unleash a full-scale trade war with China and regional conflict with Iran, the United States’ appetite to simultaneously throw its largest trading relationship into turmoil may be limited.

It would be foolish, of course, not to take the threat posed by Mr. Trump’s attempts at leveraging seriously. Even if his tactics eventually fail, they can cause serious disruption and damage, as they appear set to do in the case of the Iran nuclear deal. But it would be equally misguided to assume that he holds all the cards.

Leverage is too complex a business for that. 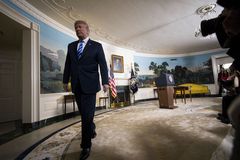 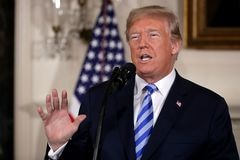 Opinion
The American media are trapped in Trump’s cauldron
May 9, 2018 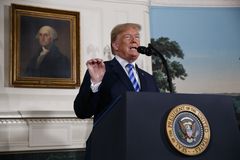