On Thursday afternoon U.S. President Donald Trump will host a “social media summit” at the White House, but, as is the case with most everything this administration touches, the stated intention is most misleading. In an era defined by social media, no summit would be complete without representatives from Facebook and Twitter in attendance.

Mr. Trump, however, has chosen to host a gaggle of right-wing extremists and provocateurs, a virtual cavalcade of the dark and disturbing actors on the internet, a collection of trolls and propaganda artists who have disrupted the media narrative, attacked any and all targets on the left, and have confused reality, all for the purpose of mayhem and profit.

In other words, this isn’t a social media summit. It’s a war council.

Looking back on the 2016 presidential election, anyone attempting to explain the unexplainable has to begin, first, with a long and questioning look at the troublemaking nature of the internet and its ability to distort objective truth. Mr. Trump was never a particularly talented candidate for political office. His inability to stay on topic is legendary. His self-inflicted wounds are unparalleled. But for all of his inefficiency and his pitfalls, Mr. Trump was exceedingly adept at muddying the waters of experience.

This is how the President has been able to weather so many of his storms. The formula is simple and repeatable: never admit a mistake, provide your base an alternative explanation, attack your opponent and bring them down a level so that damage is neutralized. Using this strategy, and never letting bad faith get in the way, outsider Trump became nominee Trump, and nominee Trump became President Trump, all the while shredding truth and impartial reality.

To do this, however, Mr. Trump had to be assisted by a group of cultural anarchists who could provide alternative explanations, unvarnished lies, and attacks and conspiracy theories that muddied the water while attacking rivals’ reputations. The internet served as a ripe battleground for this new type of politics, and it was successful in an exceptional way as Mr. Trump’s base continued to eat up any “news” or information that could circumvent the cognitive dissonance of supporting a supernaturally untalented and clumsy political candidate.

Thursday’s summit in the White House signals that we’re in for another election cycle saturated in untruths, lies and disinformation campaigns. Among the attendees are personalities who have peddled the ludicrous and dangerous QAnon conspiracy that has endangered lives; trolls who have nauseatingly questioned Senator Kamala Harris’s ethnicity in the same vein as Mr. Trump’s birtherist attack of Barack Obama; and reckless saboteurs and spotlight-chasers who have committed near-criminal acts in order to garner hits and influence. It’s a veritable Who’s Who of the web’s dark underbelly.

The sad truth is that Mr. Trump’s only viable path to a second term lies in this slimy infestation: 2020 will work for him only if he repeats the formula of 2016 and capitalizes on the alternative reality wherein these figures reside and thrive. He must once again attack truth and reality from every single conceivable angle until it fractures again, and this summit is effectively the beginning of that attack.

Americans of all political stripes should greet this development with horror and disgust. Nobody is done any good by the perpetuation of this strategy and its results. It exists simply to garner power as no progress can be achieved if no one can agree on what that progress should address.

It is a fracturing for the sake of fracturing, and members of the Republican Party, at least those who still worry about actual legislating and governing anyway, should turn their backs on these plans as we have seen, time and time again, that politics by disinformation, particularly on a massive national scale, leads to nothing but the decline of the state and its people. The evidence is in Russia. The evidence is in Britain. The evidence is anywhere that liberal democracy is under attack.

Mr. Trump’s war council is the top priority of his re-election campaign. He isn’t going to run on what the future should look like because the attack is based on so clouding the future that no consensus could ever be reached. He isn’t going to run on what his accomplishments have amounted to because the disinformation means there are no accomplishments, an absence intentionally smoke-screened by more disinformation.

His is a strategy of no results besides decline, distraction and division, the intentional and enthusiastic destruction of shared society. 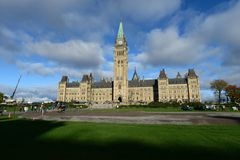 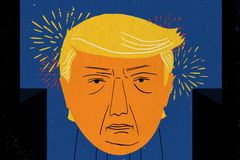 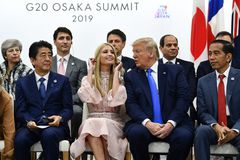