Nicolas Cermakian is a professor in the department of psychiatry at McGill University and the director of the laboratory of molecular chronobiology in the Research Centre of the Douglas Mental Health University Institute.

Patricia Lakin-Thomas is an associate professor in the department of biology at York University.

Tami Martino is a professor and the director of the Centre for Cardiovascular Investigations at the University of Guelph.

They are writing on behalf of the Canadian Society for Chronobiology.

Changing our clocks twice a year has little benefit, economic or otherwise, so isn’t it time to stop this antiquated practice? The good news is that some provincial legislatures agree and are currently considering bills to adopt permanent time. As experts on biological rhythms, we support the switch to a permanent time. However, in doing so, we must adopt Standard Time (ST), not Daylight Savings Time (DST, or “summer time”).

There is general agreement that getting rid of the time switch twice a year would be a good idea. After time switches, particularly the “spring forward,” there are increased rates of car accidents, heart attacks, strokes and workplace injuries. So why does it matter whether we adopt permanent DST or permanent ST?

All the processes happening in our bodies are co-ordinated by our biological clocks, located in our brains and all other organs. The argument in favour of permanent DST is that there would be more light in the evening. While this is true, we can’t change the number of hours of light in the day. More evening light means less morning light. But importantly, it’s the light in the morning that is most important in resetting our biological clocks. Consider this: If we all spent our time outdoors getting plenty of natural light, and could choose when to get up and go to sleep as our ancestors did, our internal clocks would be set by the sun so that we would tend to wake up at dawn, and then, depending on the time of year, stay awake for a while in the evening after dark. Our body clocks would be in sync with the sun clock. The problem is that we live in societies that force us to get up and go to work or school at times that we don’t get to choose.

Chronobiologists, the name given to scientists who study biological timing, call this situation “social jet lag,” when the body clock doesn’t match the social clock. Just like the jet lag you get when you fly across time zones and find yourself out of sync with the new local time, social jet lag can cause many problems including disrupted sleep, increased risk of accidents, lower productivity at work and in school, and increased risk of negative health impacts. Permanent ST would move “social time” closer to our natural “body time,” while permanent DST would move social time further away.

Permanent DST was tried in the United States in the past century but was quickly repealed when the public found that waking up in the dark is hard, and energy savings were negligible. Let’s not repeat that failed experiment in Canada. Since Canadians live even further north, the challenge would be even more profound in our country. Recently, several provincial legislatures have considered stopping the switch, with a bill currently on the table in British Columbia, but in all cases the plan is to switch to DST, not ST.

Scientists around the world support this initiative to adopt Standard Time, and statements have been issued by the U.S.-based Society for Research on Biological Rhythms, the European Biological Rhythms Society, and the European Sleep Research Society. As Canadian biological rhythm researchers supporting evidence-based policy, we strongly recommend a switch to permanent Standard Time. 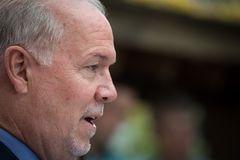 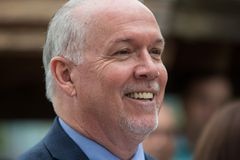 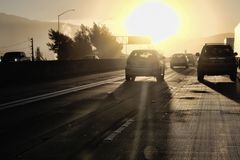