Erez Aloni is an assistant professor at the Peter A. Allard School of Law, the University of British Columbia.

British Columbians have long wished for a taxi alternative, and at long last, ride sharing will arrive in the province later this year.

But, as we know from the experience of other places, ride hailing is a mixed blessing. Among the various documented harms, it is likely to increase congestion and further erode labour rights. And while British Columbia has promulgated generally balanced regulations, it has not dealt with a few controversial topics, leaving the injured parties to the mercy of courts, in the best case, or to the market, in the less fortunate one.

The premise of companies such as Uber and Lyft is that they offer people the chance, in their own spare time, to turn their underused cars into extra cash. Thus, rather than letting our private car sit idle, we can use it to earn some supplementary income while working in small gigs. In theory, this means working freelance, with flexible work hours – an option that workers appreciate. It’s why these ride-hailing services are considered part of the “gig economy:” They use technology that enables their employees to work in small slices of time.

For consumers, ride hailing offers the convenience of having better supply – especially in light of the taxi shortcomings in B.C. – as well as other conveniences, such as knowing the ride’s cost in advance.

But all is not quite so rosy. In reality, many Uber and Lyft drivers are now professionals: They work full-time for these companies. Although, as with traditional employers, Uber and Lyft exert control over their workers, the drivers are classified as “independent contractors,” meaning they are not entitled to employment protections such as minimum wage and overtime payments.

Uber even insisted that its drivers in Toronto, whose class-action lawsuit claimed that they should be treated like traditional employees, should go through arbitration in the Netherlands, Uber’s home jurisdiction. And, among several other issues, drivers are subject to ranking by passengers – who might be motivated by racial or other biases – and are without remedy if they are fired (passengers are subject to ranking by drivers, too, and Uber might ban drives with those with low ranking).

The potential harm of ride-hailing companies goes beyond the harm to workers. Ride hailing often serves as an alternative to public transportation, thus increasing congestion. New York, for example, recently put a one-year cap on new cars that provide ride-hailing services, owing to the increased traffic. And without proper regulation, ride hailing presents challenges to safety.

A good regulatory regime must reach a balance. It should enable non-professional drivers to get into the market, offering more flexible work opportunities, and it should enable additional transportation choices for passengers. Simultaneously, regulations should assure that ride hailing does not serve as a “taxi service with fewer protections.” Regulations should ensure that ride hailing does not lead to the demise of traditional taxies – which still serve as a valuable option for some consumers – as a result of unfair competition. Regulations should protect passengers and minimize the harms for other third parties.

Did B.C reach this balance? The province took a long time to study the effects of ride-hailing companies and some regulations are admirable. For example, B.C. will collect a 30-cent fee each trip from non‐wheelchair-accessible vehicles to increase accessibility, will create a designated and mandatory insurance regime and will impose criminal- and driver-record checks on drivers.

The law’s most controversial requirement is that drivers get a Class 4 driver’s licence – a commercial licence used by taxi and limousine drivers. The province insists that a Class 4 licence guarantees skilled drivers. The ride-hailing companies argue that it serves as a barrier to entrance because people will have to pass a road test (and medical exam) – too much of a hassle for casual workers, as well as a financial barrier.

Thus, the risk is that, for the most part, only drivers who aim to work full-time will bother to take the test – defeating the purpose of allowing non-professional drivers to use their idle capacity. On the other hand, if traditional taxi drivers are required to take these steps to assure the safety of the passengers, why lessen the requirements for Uber/Lyft drivers? Further, one side effect of this requirement might be a decrease in the number of drivers, thus lessening the risk of flooding the roads with cars.

Disappointingly, however, B.C. left some highly contentious issues unresolved or punted them to the Passenger Transportation Board to ultimately decide. Ignoring the employment classification of drivers will force them into court for remedies, rather than preventing the harms in advance or coming up with an innovative and appropriate regulatory regime. Not dealing with road congestion and discrimination in this marketplace are other failures of the B.C. law.

Perhaps ride hailing in B.C. was inevitable. Be that as it may, the B.C. legislature deserves applause for the serious work that preceded its decision. It is unfortunate, however, that legislators left important issues without resolution. Let us hope that British Columbians will not be driven to feel that we should have been more careful in what we wished for – or that our lawmakers were asleep at the wheel.

Opinion
Uber shows us that technology is political – not neutral
November 9, 2018 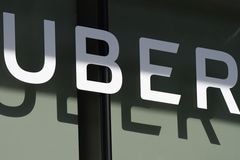 Opinion
How the Canadian character is shaping the future of self-driving cars
September 21, 2018 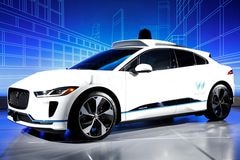 Opinion
While other regions look to the future of transit, Toronto is lagging behind
May 6, 2018 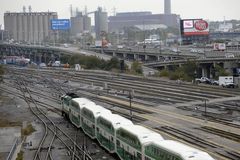