So Ukrainians elected a comedian president. Unfortunately, that’s where most Western analysis about him ends.

Yes, Volodymyr Zelensky is a popular TV comedian who played a president in an ongoing sitcom whose title, Servant of the People, became the name of his newly-minted political party.

But he is more than that, and that requires some context.

Mr. Zelensky is a millionaire businessman who runs a successful production company and even owns an Italian villa. In business terms, though, he’s a minnow who swims in a sea dominated by a few oligarchical sharks that swallow small fish whole. Success in his new job will require no small amount of toughness and political skill.

And any politician is not an island unto himself: he is buffeted by promises, lobby groups, sponsors, the demands of political allies and foes, and economic drivers, among other factors. Like any politician, the president-elect has built a team around him to give him advice: an experienced former minister of economic development, old and trusted high school friends, devoted reformers, opportunists, a military “reformer” of questionable provenance, as well as a couple of leftovers from the Party of Regions, the political project of Viktor Yanukovych, Ukraine’s president until 2014, who is now living in exile. In other words, it’s a mixture that, in context, you might see around any major world leader. We’ll have to wait a few days or weeks to see which ones get government positions, and thus continued influence.

Although Mr. Zelensky managed to get three quarters of the vote with no political platform, he did make some promises: He will keep up the country’s course toward the EU and NATO (with a referendum on the latter), and while he was open to negotiations with Russia to end the conflict, he vowed not give up any territory. He will not appoint a new head of the National Bank of Ukraine and he will drive reform harder.

But promises are only good for making windmills work, unless there is an enforcement and pressure mechanism to give them heft. The International Monetary Fund, the EU, the Economic Bank for Reconstruction and Development, NATO and a host of other external agencies and governments are essential to resisting Russian pressure, and as outgoing President Petro Poroshenko found out, they drive a hard bargain for that support, demanding significant reform in return. In fact, without that pressure, most of Ukraine’s successful reforms to date would not have happened.

Mr. Poroshenko also found out that local and national media are dogged in revealing corruption among the powerful, including among the president’s closest allies. The deputy secretary of the National Security and Defense Council – a business partner and friend of Mr. Poroshenko – lost his job in March because of reports that his son was the ringleader of a successful plot to smuggle spare military-equipment parts from Russia and sell them to state defence facilities at inflated prices. The media won’t stop just because there is a new president.

Reform NGOs range from grassroots voters’ groups to business associations, and they are not shy in making demands. Leading the effort is the Reanimation Package of Reforms, a coalition of more than 80 of the largest civic reform groups in Ukraine, which represents virtually all the major reform sectors and effectively co-ordinates their lobbying work. The local European Business Association, representing the same level of businessman as Mr. Zelensky, has already made demands for a strengthening of the reform drive and the appointment of proven, honest, dedicated individuals to run it. And Ukrainians have shown a great willingness to get out, organize and demonstrate to achieve their aims.

So it is likely that external and internal pressures will keep the president-elect on the road to reform. In contrast to Mr. Poroshenko’s strong, oligarchic resistance to change, we can expect Mr. Zelensky, the middle-level businessman, to welcome at least judicial, tax and legal reforms. There may be some backsliding in areas such as medicine, where his current adviser has criticized acting Minister of Healthcare Ulana Suprun’s sweeping, positive changes, but in this, and other sectors, various forces may, for the most part, keep reforms in place.

In the end, Ukrainians can be proud of the election they held. For starters, there was an election at all; it was free and open, with no evidence of any major transgressions of election law. The voters were also well-informed by a free, competitive media, giving them the president they wanted. And now, Ukraine has a President and Prime Minister who are both of Jewish descent, a fact that did not poison the campaign with identity politics and allows us to put to rest that old, hoary Soviet trope about Ukrainian anti-Semitism.

Mr. Zelensky may still be something of a political cipher, but his win alone has already shown positive reasons for optimism – and he hasn’t even officially become president yet. That might be the most comedic part of this all. 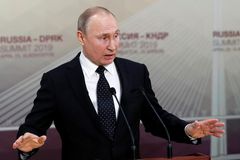 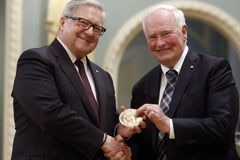