The reputation of the American IQ, courtesy of you know who, underwent quite a drubbing in the past four years. Mercifully, it stops now.

Scholarly, cerebral, experienced women and men derided as elitists by the Donald Trump party are being appointed by president-elect Joe Biden to undo his damage.

Many are long-time denizens of the “deep state,” carry-overs from the Obama administration with CVs as thick as encyclopedias. Mr. Trump’s revolving-door cabinet featured some with impressive pedigrees, but the President’s elephantine ego turned his administration into a tweet-dominated intellectual wasteland.

Now the old Washington establishment is back. Brainwork will hopefully replace bluster, expertise the effluent. After being relegated to swamp status, the cognoscenti are well placed to exact some revenge.

The erudite don’t always – or even usually – get things right. We recall how the so-called best and the brightest from the Kennedy/Johnson administrations ignorantly stumbled into the Vietnam quagmire. But in contrast with the “very stable genius” and his lot, it’s better to have the learneds in command.

Those getting the big posts in the Biden administration include Antony Blinken, a former deputy secretary of state who now takes full control of the department; Janet Yellen, the former head of the Federal Reserve, who becomes Treasury Secretary; and John Kerry, the former senator and presidential candidate who takes over as climate czar.

Change will come swiftly. While Mr. Trump fumes on the sidelines, the Biden Democrats will sign back on to the Paris climate accord, to the Iran nuclear deal, to the World Health Organization. Multilateralism will be back in vogue. Allies and institutions and people will be treated with respect, dictators with disdain.

The Trump Party might take solace in the fact that it beat the Democrats in 2016 on a campaign aimed at draining the swamp of the type of Washington insiders Mr. Biden is appointing today. With his giant populist base and a staggering number of Twitter followers – 90 million – Mr. Trump can target them as he did before. But with his homespun style, Mr. Biden does not easily fit the elitist label. And anyone looking at the Trump White House hardly found it overflowing with populists.

In contrast to his make-America-white-again proclivities, Mr. Trump will find in the Biden administration something more akin to a rainbow coalition. Other notable Biden appointments include Latino Alejandro Mayorkas, who held several posts under Mr. Obama, taking over as head of Homeland Security; Linda Thomas-Greenfield, a Black former career Foreign Service officer, serving as ambassador to the United Nations; and Avril Haines, a former deputy director of the CIA, becoming the first female director of national intelligence.

Mr. Biden is surrounding himself with experienced people whom he knows well. That’s the case with his new national security adviser Jake Sullivan, who served in that function while Mr. Biden was vice-president. He appointed Mr. Blinken over the highly touted Susan Rice because he’s less controversial. In making Ms. Yellen treasury secretary, he went the safe route as well, avoiding storms that would have come his way if he’d chosen someone on the left of his party, such as Wall Street basher Elizabeth Warren.

As in 2008, the country needs an enormous stimulus program. Ms. Yellen will have the credibility to help deliver it. After years of Republican retreating on climate change, big measures are needed now. Hence, Mr. Kerry has been accorded special powers on that file.

As for the all-important trade post, Mr. Biden has yet to tip his hand. But in the foreign realm, it is clear he favours co-operation over confrontation, that his wish in these times of tumult is to be a steady hand at the wheel, treating his country and the world with equanimity.

In his memoir, A Promised Land, Mr. Obama tells a story of how the hawks were pressuring him for a troop buildup in Afghanistan. Mr. Biden took him aside and said: “Listen to me, boss. Maybe I’ve been around this town for too long but one thing I know is when these generals are trying to box in a new president.”

Then, as Mr. Obama relates, Mr. Biden “brought his face a few inches from mine and stage-whispered, ‘Don’t let them jam you.’ ”

Mr. Biden is not one to be jammed. He has seen seven different administrations come and go. It imbues him with perspective. He knows where the landmines are and is trying to build a well-seasoned and highly qualified team to avoid them. If they’re Washington insiders, so be it. 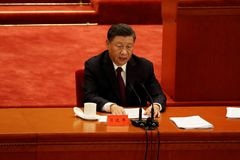 Opinion
What Canadian politicians can learn from Donald Trump and Joe Biden
November 24, 2020