Canada has an expansive (and expensive) sickness care system.

With hundreds of thousands of health-care workers toiling every day in clinics, home care, hospitals and long-term care facilities, we tend to forget that a lot of the heavy lifting – literally and figuratively – is done by unpaid caregivers.

Stats Can also reports that 8.1 million Canadians are providing some level of care to a loved one, suggesting that the majority of care, especially of seniors, is being done on an informal basis.

But the data are not great. These numbers date back to 2012. The population isn’t getting any younger and the health-care system hasn’t been getting any more generous in terms of provision of home care over the years.

Even more importantly, we don’t know the complexity and intensity of care that is being provided.

Ideally, the paid, professional care should be going to those with the greatest needs. We don’t know if this is happening.

In fact, we know very little about what caregivers are doing and how they’re coping, except anecdotally.

That’s why a new survey, conducted by the Change Foundation, is important.

Seven per cent are caring for a child with a disability or chronic illness, and they are probably the most beleaguered because it is often a lifelong commitment.

Notably, one in six caregivers are caring for more than one person – often both parents.

Caregiving can be time-consuming, and long-term.

One-third of those surveyed said they spent more than 10 hours a week on caregiving duties and one in 10 said they spend so much time they couldn’t count the hours.

Forty-four per cent said they spent four hours or less, but that work is often done with people who were living in nursing homes or long-term care facilities.

The report notes that, if caregivers were paid the equivalent of Ontario’s minimum wage ($14 an hour), their economic contributions would range from $26-billion to $72-billion a year.

Caregiving duties include everything from emotional support to transportation to medical appointments, through to hands-on care such as toileting and administering medications.

The survey also probed the psyche of caregivers.

More than two-thirds said they carry out the duties willingly; they feel the work strengthens the bond to their loved one, and is rewarding.

But at the same time, caregiving can be physically and mentally overwhelming, and can be a significant financial burden. Fully half of caregivers say the duties have had a negative impact on their lives.

Balancing work, caregiving and family can be particularly challenging, especially for the sandwich generation.

If there is a glimmer of good news, it is that most caregivers report that employers are accommodating when they take time away to care for loved ones. Still, one-third said their workplaces made no effort to accommodate and 8 per cent of those questioned said they had lost their jobs as a direct result of their caregiving duties.

The survey also provides insight on caregivers’ relationship with the health system.

Interestingly, the majority feel they are responsible for organizing care, but very few feel as though they are part of the health team.

As Brian Goldman, the host of the CBC radio program White Coat, Black Art, says, health professionals often view caregivers as a nuisance and don’t appreciate just how much they do.

Caregivers surveyed also confirm what is well known about the Canadian health-care system – it is disjointed, and lots of bad things happen in transitions.

While the survey provides valuable insight, it doesn’t offer solutions, just the starting point for a conversation.

If there is a take-home message, Cathy Fooks, chief executive of the Change Foundation says it is this: “Supporting caregivers should be an urgent priority.” 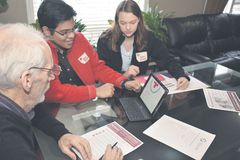 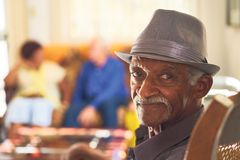