Lawrence MartinPublic affairs columnist
Special to The Globe and Mail
Published May 5, 2020 Updated May 5, 2020
For Subscribers

Harvard’s Graham Allison wrote a book a few years ago called Destined for War: Can America and China Escape Thucydides’s Trap?Thucydides was the great Greek historian who wrote The History of the Peloponnesian War.

The trap, as interpreted by Mr. Allison, a long-time defence policy specialist, is the idea that when one great power threatens to displace another, war is almost inevitably the result. Mr. Allison’s scrutiny of history ominously found that in 12 of 16 cases where two major rival powers existed, war did in fact ensue.

Given the meteoric rise of China, his fear has been that the Middle Kingdom and the United States would fall into the trap. Until this year, peaceful co-existence prevailed. Even under China-hawk Donald Trump, who came to power determined to undo the superiority Beijing had won in trade relations, a degree of co-operation followed as witnessed by the signing of a phase-one trade accord.

But the coronavirus pandemic has seen the mutual accommodation between the two giants grind to a halt. So much so that when I reached him this week, Mr. Allison was unhesitant in stating that the powers were succumbing to the trap.

“We’re well on the path to Cold War II.”

If you were trying, he said, to imagine something that would tip the balance from peaceful co-existence to a great schism, you would be hard-pressed to find something worse than the most destructive pandemic of a century emanating from one power and killing tens of thousands in the other.

If the relationship is faltering now, imagine how it will be six months. The Trump campaign, as Mr. Allison noted, will be targeting China every day until the election with the goal of “how do we make them pay?” Making China the villain shifts the focus from Mr. Trump’s fraught leadership in containing the virus. Blaming China strikes a chord with his base and perhaps beyond. It even has some semblance of bipartisan support in Washington.

The combination of the pandemic and political demands indeed threatens to turn trade and tech tensions with China into a drawn-out confrontation for superiority rivalling the U.S.-Soviet cold war. Given that China is no economic weakling like the Soviets, the outcome would be far less certain.

The pandemic is taking a greater economic toll on the U.S. than China. One of the paybacks under consideration is punitive tariffs on Beijing which could hasten the arrival of a depression in the U.S. The newly stoked confrontation could extend to a COVID-19 vaccine and its distribution. Co-operation between the two powers on infectious diseases was good but has disappeared under the Trump administration.

The credibility of both superpowers has been damaged by their management of the pandemic. China has earned enmity for its shielding of the truth about its dangers, the confiscation of evidence of its origins, its treatment of the World Health Organization, its understating of its infection rate and death count. The damage has been offset somewhat by Beijing’s humanitarian diplomacy, a dispensing of large quantities of protective equipment against the virus to nations in need.

The United States has seen its reputation as the world’s most advanced country blighted again. It is no longer the trustworthy leader of the free world, writes William Macdonald in his book of essays on mutual accommodation entitled Might Nature be Canadian? Washington has to make a huge pivot in the direction of mutual accommodation, he says, but the virus catastrophe is sending it the opposite way.

China is trade-dependent on the West and has been using its increasing economic clout coercively. President Xi Jinping has pulled back freedoms and his dictatorship is not on as secure a ground as thought. To date, as Mr. Allison reminds, China has not been an expansionist power like the old Soviets, at least not in the military sense. But given its economic dependencies, that might not continue to be the case. Like Mr. Trump, Mr. Xi is politically pressed and he may see confrontation as the fix.

The saving grace in relations so far has been the personal rapport Mr. Trump built with Mr. Xi. But given the enormous pressures to delink with China that the virus has brought on, that rapport is unlikely to hold. Mr. Trump is in the process of squeezing the Chinese balloon. It will bulge this way and that, and if it bursts, watch out.

Opinion
Russians know what the absence of stability can mean. COVID-19 is just the latest reminder
May 1, 2020 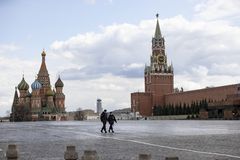 Opinion
Our postpandemic world will be an even more dangerous one
Subscriber content
May 1, 2020 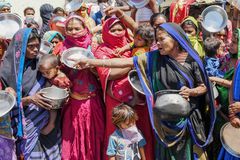