Americans believe in meritocracy in principle. Polls show that significant majorities – between 67 and 70 per cent since Gallup began asking the question in 2003 – believe that, when it comes to university admissions, “applicants should be admitted solely on the basis of merit.”

The most successful Broadway show in living memory, Hamilton, is an exuberant celebration of a self-made man – the first U.S. treasury secretary, Alexander Hamilton, was born into poverty (“a bastard, orphan, son of a whore and a Scotsman”) but indefatigably read, wrote and fought his way to the top.

Unlike his wealthy rival, Aaron Burr, Hamilton doesn’t get admitted to Princeton, but has to settle for a scholarship at King’s College. It doesn’t matter. Hamilton gets “a lot farther by working a lot harder / By being a lot smarter / By being a self-starter.” Nothing can stop this young, scrappy and hungry prodigy from “rising up.”

Yet, in practice, Americans don’t believe in meritocracy at all. A significant number of wealthy Americans have no problem at all with the idea of hereditary privilege, so long as they are spared the social obligations of traditional aristocracy. At the same time, a significant number of educated Americans explicitly support and practice systematic racial discrimination – even if they justify today’s “affirmative action” as a form of redress for past discrimination. The result is the present corrupt and inequitable system of undergraduate admissions at the elite universities.

Last week, the Department of Justice accused 50 people in six states of a “racketeering conspiracy” to get patently undeserving candidates into colleges including Yale, Stanford, the University of Texas at Austin and the University of Southern California (USC). Among the parents charged were the actress Lori Loughlin and her husband, the fashion designer Mossimo Giannulli.

Ms. Loughlin and Mr. Giannulli allegedly paid $500,000 to get their two daughters, Olivia and Isabella, accepted as recruits for the USC rowing team, even though neither had ever knowingly held an oar. If shamelessness were a varsity sport, Olivia would have deserved a full scholarship. A well-known social-media influencer, who plugs fancy footwear and dental aligners on Instagram and YouTube, she had the gall to admit in a video that she was going to college solely for “game days, partying,” because “I don’t really care about school, as you guys all know.”

Welcome to the world of the fake-it-ocracy. This illegal “side door” into college came into existence because the back door of a fat donation – like the $2.5-million paid by Jared Kushner’s father to Harvard – isn’t 100 per cent reliable.

When I moved from Oxford to Harvard, I was puzzled. My reading of mid-term exam papers suggested that a substantial proportion of my new students wouldn’t have got an interview at Oxford, never mind a place. It was explained to me that a substantial chunk of undergraduates were “legacies” – there because their parents were alumni, especially generous alumni – and another chunk were the beneficiaries of affirmative action or athletics programs. The admissions system was managed by professional administrators, not professors.

I soon learned how to deter the academically weaker brethren. By assigning a lot of reading and awarding some C grades, I was soon rid of them. Yet my conscience was troubled by the system. Later, when I saw the evidence that Harvard and other colleges were discriminating against Asian applicants – whose share of the total undergraduate body ought to have been rising on the basis of their numbers and superior performance in standardized tests – I wrote an essay about it, lamenting the decline of meritocracy in America.

This, too, was naive. For the reality is that meritocracy as an ideal is fatally flawed. Nepotism will always find a way through, no matter how tough the tests.

The social scientist Charles Murray has argued that a cognitive elite has emerged in America, because smart women meet smart men at places such as Harvard, get married, and have smart children. But if not everyone at Harvard is smart, the theory is weakened. There’s also the problem of reversion to the mean: the biological reality that smart parents don’t necessarily have smart children. Even if they do, parental wealth corrupts offspring, eroding their work ethic. Sooner or later money starts to override merit. Outright racketeering is remarkable only because there are so many legal ways to get mediocre students into the Ivy League.

The law of unintended consequences is history’s only law. The more the admissions criteria for elite colleges have been distorted, the faster the radical ideology of intersectionality has spread across campuses, with highly disruptive results. Last week, a group of students at Sarah Lawrence College, the “Diaspora Coalition,” occupied the main administrative building to demand (among other things) that a tenured professor, Samuel Abrams, have his position “reviewed” – by them. His crime? He published an article in The New York Times pointing out that university administrators are overwhelmingly liberal or progressive in their politics.

This is not to predict that Olivia Giannulli – though she has now dropped out of USC – will suddenly wake up. But the best form of protection from the social justice warriors is to become one. And, guys, just imagine all those new followers on Instagram. 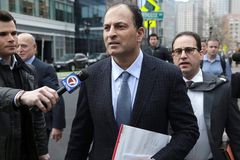 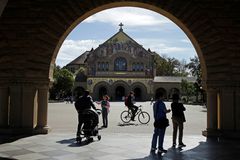 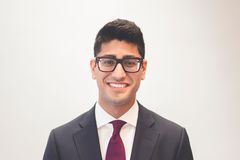