Tom Koch is a gerontologist and medical ethicist specializing in chronic and palliative care. His most recent book is Ethics in Everyday Places.

Forget, if you can, the boorish, imperial arrogance of an initiative announced Wednesday by U.S. Secretary of Health and Human Services Alex Azar that would permit Americans to raid the Canadian drug cabinet for medications that are far less expensive here than in the U.S.

Ignore, if you can, the irony of a U.S. administration that cavils against immigrant caravans at its borders but will encourage caravans of Americans to head to Canada and buy prescription medications they cannot afford at home.

Set aside, if only for a moment, the concern of many – Diabetes Canada and the Best Medicines Coalition, for example – that the Canadian system, which serves about 37 million citizens, is not equipped to be the bargain-bin pharmacy for the many millions of U.S. citizens who might seek access to our stocks.

The U.S. health-care system is the most expensive, least equitable, least efficient in the industrial world. Giving Americans greater access to Canadian prescription medications would not change this. Such access might actually reduce grassroots pressure for fundamental reforms to U.S. health care generally, not just for pharmaceuticals, and that’s certainly not the same as a solution.

Even at our lower prices there would still be millions of U.S. citizens unable to afford the medications they require. And remember: More than 26 million U.S. citizens have no health insurance at all, thus nobody to write their prescriptions. The cost of U.S. health care, including pharmaceuticals – even for those with health plans – remains the single greatest reason for personal bankruptcies in the U.S.

It’s easy to understand the urgency of Americans desperate for lower-cost medications. In recent months, caravans of Americans have crossed the border to buy insulin at $30 a vial that would cost 10 times that in the U.S. As a senior, I pay $4.11 for a month’s supply of daily, cholesterol-controlling Atorvastatin, or Lipitor, in Ontario. When I ran short on a U.S. visit a year ago, I paid US$114 for 10 capsules after spending US$90 for a nurse practitioner to write me a U.S. prescription. “How’s your heart?” she asked. “Sticker shock could kill you.”

Some will say denying Americans access to our pharmacies will mean lost lives, as those who need but cannot afford prescription medicines do without. But insisting the U.S. fix its broken health-care system rather than impose an impossible burden on ours would be a long-term solution that would save countless American lives.

The fix, on our end, would be easy: Provinces can require customers at Canadian pharmacies to produce a Canadian ID – a driver’s licence or provincial health card – before filling their orders. As neighbours, we can advise Americans on how to create a more equitable system of health care, including a better way forward on drug costs.

We could propose reopening NAFTA 2.0 to create a trilateral agreement that would set drug prices reflecting a reasonable return over the life of a product's patent. Exceed that and the tenure of a patent would be reduced or revoked to allow others to produce the drug at a lower cost.

Alas, caught flat-footed by the U.S. announcement, Health Canada has responded with a wait-and-see, we’ll-be-vigilant passiveness. “We’re in touch with U.S. officials," said Mathieu Filion, a spokesperson for Minister of Health Ginette Petitpas Taylor, "and look forward to discussing today’s announcement with them.”

Don’t discuss it. This U.S. administration promised to “Make America Great Again.” Denying this proposal and insisting the U.S. address its own mess would be a way to encourage them to do just that. There’s no economic upside here for Canadians and miles of downside in potential drug shortages.

If not for our sake, then say no on behalf of a wealthy country with a sick health-delivery system. The need for reform was the message of most U.S. Democratic hopefuls debating this week who might best challenge the current administration in next year’s presidential election. Accepting this initiative would interfere in that electoral process on the side of America’s status quo. Denying it would ensure this problem is front and centre in the debates – both the formal ones on a stage and the general ones that drive American discourse among citizens – that are still to come. 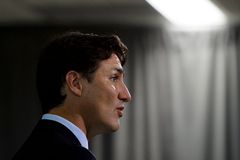 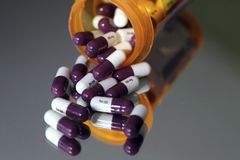 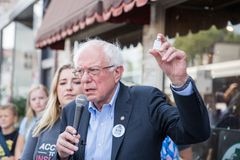