The day after Donald Trump was elected the 45th president of the United States, my students sobbed in class. I was teaching a small freshmen seminar at Northwestern University in Illinois at the time, comprised mostly of Black students. They knew, as did I, that the next four years were going to be bad.

Even as I scoffed at the performative allyship of the safety-pin liberals and became increasingly incensed at the media’s many attempts to “better understand” the literally-anything-other-than-racism that motivated the white working class to vote for Mr. Trump, I still naively assumed that the emboldened white nationalists would be the worst part of what was to come.

Not that the elevation of white supremacist rhetoric to the national mainstream wasn’t horrific.

On Feb. 22, 2017, Adam Purinton shouted “Get out of my country!” before opening fire in a bar in Olathe, Kan., killing Srinivas Kuchibhotla and wounding Alok Madasani – both Indian-born engineers. Heather Heyer was killed in August, 2017, when an avowed neo-Nazi attending the Unite the Right rally in Charlottesville, Va., drove his car into a crowd of counterprotesters. Eleven people were killed and six were wounded in an anti-Semitic attack on the Tree of Life Synagogue in Pittsburgh in October, 2018. Less than a year later, 22 people were killed in a mass shooting that targeted Mexicans at a Walmart in El Paso, Tex. Hate crimes soared under the hateful politics of the Trump presidency, and the costs were far too high.

These moments and many others over the past four years, including the insurrection that took place on Capitol Hill this month, are perhaps the most visible and violent part of racial politics under Mr. Trump. But they were also just the tip of the iceberg.

As the sun finally sets on 45th presidency of the United States, we can safely say that what has transpired over the past four years has been a full-scale assault, using the extensive arsenal of tools at the state’s disposal, on racialized and vulnerable populations in American society. It has been a political agenda of relentless and catastrophic cruelty.

The assault has taken the form of travel bans from Muslim-majority countries and proposals to end birthright citizenship. It sabotaged the Department of Justice’s use of consent decrees to fight police misconduct. It expanded the category of the circumstances under which undocumented immigrants could be subject to removal and vowed to deport millions. It is the escalation of a contrived battle between the federal government and sanctuary cities, even seeking to withhold funding from municipalities to coerce compliance with Mr. Trump’s mass detention and deportation agenda.

The assault demanded the separation of nearly 3,000 children from their parents at the Mexican-U.S. border, detained them in cages that were crowded, unsanitary, dangerous and inhumane, and years later has failed to reunite hundreds of families.

It is a federal government that has, in the recent words of U.S. Supreme Court Justice Sonia Sotomayor, “executed more than three times as many people in the last six months as it had in the previous six decades.” It took the form of rhetoric that encouraged police violence and designated “Black identity extremists” as a domestic terrorist threat, referred to Black-majority nations with a slur, and told four Democratic members of Congress – all women of colour, three of whom were born in the United States – to go back where they came from.

The assault used the Deferred Action for Childhood Arrivals program and the lives of “Dreamers” as nothing more than bargaining chips in a negotiation to fund the border wall, and exhibited a blatant disregard for the ancestral lands of Indigenous people that were desecrated in its construction. It tried to end food stamp benefits for nearly 700,000 unemployed Americans and repealed an Obama-era rule that combatted racial discrimination in housing. It has a beef with diversity training, critical race theory, the 1619 Project, and football quarterback Colin Kaepernick. And it repeatedly, tirelessly returned to the xenophobic spectacle of the border wall.

I knew it would be bad back in 2016, as did my sobbing students. The scale of the harm is nevertheless hard to grasp in its entirety. The true power of this presidency was in its ability to make us forget just how terrible it truly was. It’s hard to be outraged every day when the outrageous is normal.

But the cumulative effect of the past four years is the altered terrain of what is considered legitimate, appropriate and normal in democratic politics. As political scientists Steven Levitsky and Daniel Ziblatt warned in 2018, the guardrails of American democracy have been substantially weakened. But, more importantly, these years have been ruinous to many people that needed its government to create a more just society, or at the very least to not be an active participant in perpetrating those harms. 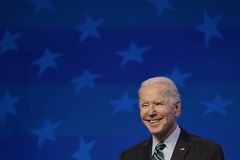 State capitols boarded up, fenced off, patrolled by troops
January 16, 2021 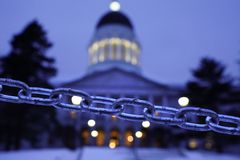 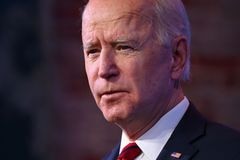