Kelly Craft is the U.S. ambassador to Canada.

The continuing political and economic crisis in Venezuela has transformed a once-thriving and prosperous democracy into a place beset by poverty, corruption and repression. While Nicolas Maduro has enriched himself and his cronies by stealing the future of an entire generation, recent surveys reveal that 94 per cent of Venezuelan households are unable to afford food and basic non-food needs. According to the Venezuelan human rights organization Foro Penal, there are more than 900 political prisoners in Venezuela. More than three million people have fled the economic and humanitarian crises created by the regime and thousands continue to flee each day.

So far, 53 countries have recognized the government of interim president Juan Guaido, and I am confident more will follow. Canada has taken a leading role in forging this international consensus, recognizing the interim government, and identifying how to get humanitarian assistance to those who need it. The United States is grateful to Canada for its leadership within the Lima Group and at the Organization of American States, and we commend the work of Canada and Foreign Affairs Minister Chrystia Freeland to consolidate Lima Group measures to restore democracy in Venezuela. Moreover, Canada continues to show international leadership by pledging humanitarian assistance to the Venezuelan people most affected by the crisis.

The Lima Group declaration on Feb. 4 challenged the international community to commit to a work plan to rid Venezuela of tyranny and misery, including by pressing other countries to recognize Mr. Guaido, work with his diplomatic representatives, and support him as he follows Venezuela’s constitutional roadmap to lead Venezuela to hold free, fair and transparent elections that reflect the will of the Venezuelan people. As U.S. Secretary of State Mike Pompeo said, “the Venezuelan people have demanded their country back, and since then, the fire of freedom has not dimmed.” I was honoured to be present as a guest at the Lima Group meeting on Feb. 4 and to personally inform Ms. Freeland that the United States would sign on to the Ottawa Declaration for Venezuela, joining Lima Group members and other attendees to reiterate our support for Mr. Guaido and the National Assembly in their efforts toward a constitutional and peaceful resolution of the current crisis.

The United States is working alongside the Lima Group and others to help Venezuelans return their country to prosperity and democracy, and to help them build a brighter future for their children. Since fiscal year 2017, the United States has provided more than US$140-million in humanitarian and development assistance in support of Venezuelans who have fled their country, and the countries hosting them. As Mr. Pompeo announced in January, the United States is working to provide an additional US$20-million in humanitarian assistance inside Venezuela. Much of this assistance is already positioned at the Colombia-Venezuela border, ready to help those who need it.

Additionally on Jan. 25, Mr. Pompeo certified that Mr. Guaido has full authority over assets of the Venezuelan government and central bank held by the U.S. Federal Reserve or any other federally insured banks in the United States. This action will help safeguard those assets for the benefit of the Venezuelan people. More broadly, the United States has since May, 2017, sanctioned more than 90 individuals under Venezuela authorities, thereby severing their access to the U.S. financial system and blocking any assets they hold in the United States. Similarly, Canada and other countries have imposed sanctions on key members of Mr. Maduro’s inner circle and his repressive apparatus. These people should not be allowed to enjoy the wealth they plundered as they drove their country into ruin.

On Venezuela, middle-power global players could make a difference – even if it’s modest

The United States stands with the people of Venezuela and we will continue to support them until they succeed in restoring democracy to their homeland. Like all of us in the United States and Canada, Venezuelans are entitled to live in a democracy characterized by free and fair elections, and the ability to speak freely without fear of persecution. They deserve an end to corruption and state-sanctioned violence. And they have the right to lead this change. The United States will continue to work alongside Canada, the Organization of American States, and other international partners to support the Venezuelan people as they strive to restore their democracy, fight corruption and create opportunity for all Venezuelans. 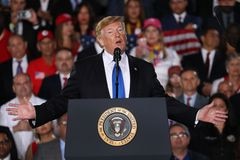 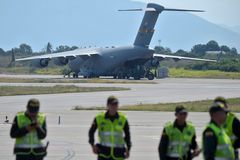 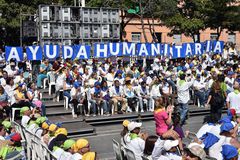