Governments, universities and businesses are suddenly tripping over each other to impose vaccine mandates.

It’s about time. And this trend is going to accelerate markedly in the coming days, with the official approval of the Pfizer vaccine in the United States removing some legal hurdles and reticence.

There are good reasons for this dramatic shift from the months of mealy-mouthed excuses about the right to choose and dubious interpretations of workplace laws. (There will be legal challenges to mandates, but they will almost certainly fail.)

First, the public mood has changed fundamentally, with growing rage boiling up among responsible vaccinated citizens. They are sick and tired of the continuing pandemic chaos being caused by the unvaccinated.

Institutions and businesses need to understand that they ignore this once-silent majority (73 per cent of Canadians over 12 have two shots) at their peril.

A message to the vaccine hesitant: Time’s up

Second, the Delta variant has changed the game. If you’re unvaccinated, the chances of you being infected in group settings indoors such as offices, classrooms and concert halls are high. Hospital beds and intensive care units are filling with COVID-19 patients who have not had their two shots.

As has been repeated often in recent weeks, it’s now a pandemic of the unvaccinated (milder and less infectious breakthrough infections notwithstanding). The only way to slow the roiling fourth wave is to get needles into the arms of the recalcitrant.

Finally, the largest group of unvaccinated remains children under 12, who are not yet eligible for the vaccines. They are at the greatest risk and will be the greatest beneficiaries of vaccine mandates for adults.

Still, anyone who wants to refuse to get a COVID-19 vaccine and imperil children has the right to do so. But rights come with responsibilities, and choices have consequences – like being barred from the office or classroom or football game. There is still way too much tiptoeing around the selfish vaccination refuseniks.

While the embrace of vaccine mandates is welcome, it should be greeted with some skepticism.

We need to ask ourselves: When is a mandate not really a mandate? And when is it just performative gobbledygook?

University Health Network, one of Canada’s largest hospitals, is an example of doing it right. Of its almost 20,000 employees, roughly 900 are still unvaccinated (or their vaccine status is unknown) and the gauntlet is coming down.

UHN has issued this directive to workers: Get vaccinated by Oct. 8 or, if you fail to do so, you will be placed on administrative leave for two weeks; if you still don’t have your shots by Oct. 22, you will be fired.

That is a mandate: an unambiguous rule, a clear deadline and crystal-clear consequences.

The policy also implies something that needs to be stated out loud more often: Mandatory testing (which was previously offered to vaccine-hesitant hospital staff) is not a substitute for mandatory vaccination.

Testing is a surveillance tool. Vaccination is a prevention tool.

Other institutions that claim to have mandatory vaccination rules have failed the smell test.

The University of Toronto, for example, was one of the first universities to say vaccines would be mandatory on campus. But the rules were so full of holes you could drive a tractor trailer through them.

Students, faculty and staff merely had to make a “declaration” that they were vaccinated or submit to rapid testing if they acknowledged being unvaccinated. How the wishy-washy rules would be enforced on the sprawling campus was even more vague.

That is not a mandate – it’s a vague suggestion. To be fair, the university has since tightened up its rules markedly, but the enforcement part remains unclear.

Canada’s Big Five banks also made a big splash last week by embracing mandatory vaccination after the federal government asked federal regulated sectors to do so. The banks needed a nudge but are showing more moral leadership than provincial governments, which is unexpected but welcome.

Still, the fine print in some of these “mandatory” policies belies their potential usefulness. The opt-outs seem too numerous and easy and some of the language is disturbingly non-committal.

Then there’s the government of Ontario, which made some grandiose claims about protecting the vulnerable in high-risk settings but allowed those not fully vaccinated to provide a medical reason for refusal (of which there are actually very few) or opt for testing and completion of a COVID-19 education session.

Good grief. At this point in the pandemic, getting people into a room and singing a vaccination Kumbaya isn’t going to get it done.

We have to stop pandering to a small, loud minority of vaccine refuseniks, no matter how much whining and self-pitying bellyaching they do on social media. 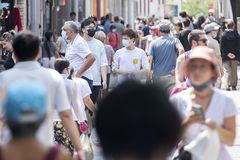 Trudeau says people who are not fully vaccinated won’t be able to travel on domestic planes or trains
August 18, 2021 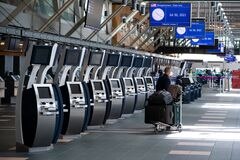 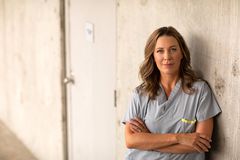