Adrienne Tanner is Vancouver journalist who writes about civic affairs.

For years, Vision Vancouver city councillor Andrea Reimer, and many others before her, struggled to break the impasse over lease renewal negotiations for dozens of aging non-profit and co-operative housing developments built on city lands.

Every time a solution seemed close, the discussions hit another dead end. This dragged on for years, like an unsolved Rubik’s Cube kicking around your living room. Ms. Reimer, who is a whip-smart councillor now on her way to study at Harvard, struggled to understand the problem and find a fix.

The solution gelled last week, when council voted unanimously to create the Vancouver Affordable Housing Endowment Fund. Its mandate is to finance and deliver, along with other partners, 72,000 units of truly affordable housing over the next 10 years. More than a third of the units will be geared toward households earning less than $80,000, including 12,000 units of social and supportive housing.

This is so obviously a good idea, it makes you wonder why it didn’t exist in the first place. The answer lies deep within the city bureaucracy, in a strange creature called the Property Endowment Fund (PEF). The PEF is the repository of some $10-billion of city real estate holdings, including social housing. Its mandate is to generate a reasonable return, and it is said to be the underpinning of Vancouver’s storied triple-A credit rating. But its vigorous efforts to protect the bottom line compromised the city’s affordable housing objectives. (Full disclosure: my husband is a lawyer working in this area.)

Ms. Reimer, who has socialist leanings, dubbed it the “PEF Doctrine.”

“You can see the intractable problem of having affordable housing in a fund that must return profit.”

Truly affordable housing, by its very nature, is a money-losing proposition. It became clear to Ms. Reimer and others looking for a way out of the mess that the city should wrest responsibility for affordable housing from the PEF and place it under the control of an entity that could live with taking a loss.

It’s a shame this didn’t happen sooner. It might have helped Vision develop more housing affordable for typical households and put a larger dent in the current housing crisis. As it stands, the party is being blamed for failing to live up to its promise to solve homelessness (the impressive numbers of container housing units came too late) and blasted by opponents for supporting purpose-built rentals charging unaffordable rents.

Had the fund been in place sooner, it might also have spared those living in existing units a lot of angst. The older the co-ops got and the closer the lease end dates grew, the harder it became to finance repairs. Lenders like certainty, and with negotiations at a stalemate, money for renovations was not forthcoming and the buildings started to decay. Residents, many now seniors, feared for their future. For a long while, these co-ops, which should be the gold standard for housing security, looked anything but secure.

Ms. Reimer, who along with Mayor Gregor Robertson and others in the housing sector pushed for the new model, is optimistic the new endowment fund will remove some of the internal barriers stalling progress on the affordable housing file.

And because the fund’s mandate is to provide affordable housing instead of income generation, the co-op lease renewals should be easier to negotiate. Ms. Reimer believes it will give the provincial NDP and federal Liberals, both of which have committed to more affordable housing, confidence that the city is prepared to give as well as take. Under the old system, the PEF would have demanded payment to compensate for the land freed for affordable housing projects.

The new fund presents an elegant solution, and we should all hope that the next council nurtures the fund to ensure its success. We certainly need the housing. Council shouldn’t have to battle its own bureaucracy to free up cash and land to build it. It will be enough of a job convincing the feds to pony up money that, despite repeated promises, still hasn’t come. 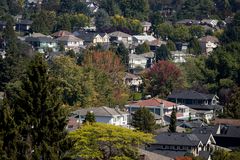 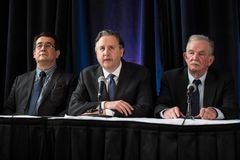