Ken Frankel is the president of the Canadian Council for the Americas.

Canada may have finally discovered that its best opportunity to make friends, influence people and project Canadian values and interests lies in its own hemisphere.

This shouldn’t have surprised anyone. What could come next hopefully won’t, either.

In taking a leadership role in the Lima Group’s support for a peaceful transition from Nicolas Maduro’s regime in Venezuela to democracy, Canada has seized an opportunity to showcase the validity and importance of a foreign policy based on the promotion of democracy, human-rights accountability and multilateral solutions. This is welcome news for a Trudeau government that has wrestled with implementing these policies elsewhere in the world.

That may be changing. Canada’s Lima Group experience could be a jumping-off point to a more ambitious leadership role in the region, particularly as the United States pulls back from its support for human rights and democracy around the world. After all, if Canada can lead a bloc of “like-minded” countries on Venezuela, why can’t it do so on other critical issues as well?

​So while Canada’s efforts could be the beginning of a watershed moment for sustained Canadian diplomatic leadership in the hemisphere, declining to seize this opportunity could also lead its work in Venezuela to become another episode in a history of important yet short-lived sallies that fails to amount to a comprehensive strategy for the region.

As events evolve, the Venezuelan file will highlight whether Canada’s leadership has the requisite stomach, skills and resources to make that happen.

For instance, the idea of a coalition of “like-minded countries" is an ultimately evanescent concept. Sooner rather than later, large fissures on issues will emerge among the Lima Group members and each country will inevitably begin to prioritize its own agenda, interests and relationships.

One such fissure will certainly form on whether foreign military force should be used to depose Mr. Maduro if the economic sanctions and diplomatic quarantine do not work as quickly as desired – or at all.

There is also the complex issue of how consensus will be forged on how to best manage Venezuela’s transition to a new democracy once Mr. Maduro is out of the picture. The United States, as a predominant player in the hemisphere, has a picture of what it wants and doesn’t want regime change to look like.

Given the constellation of U.S. officials managing the Venezuelan file who have a distinctly Manichean worldview grounded in American exceptionalism, we might speculate the U.S. vision is not tightly tied to concepts of political pluralism and liberal democracy as understood by Canada, most of Latin America and large European Union countries supporting the Lima Group.

We might also imagine the vision is motivated by a desire to recover its diminished influence in the region. It is not lost on the world that the U.S. State Department’s point person on the Venezuela file has an unfortunate history of implementing U.S. policy that found common cause with, and covered for, perpetrators of massive political violence in Central America in the 1980s.

And these are just the issues that loom in Venezuela. Beyond this crisis, Canada has already staked out a leadership role in addressing the repressive and violent Ortega government in Nicaragua, another failed, self-professed leftist regime.

How easy will it be for Canada to forge consensus against right-wing regimes who favour impunity for egregious human-rights violators, particularly when they are part of the Lima Group? What will happen if Canada’s other interests collide with that effort? And how will Canada respond when other Lima Group countries, together with the Trump administration, start asking Canada to hold Cuba just as accountable for its actions at home, in Venezuela and in Nicaragua?

During the past couple of decades, negotiating trade agreements was the topic sentence in discussions of Canadian policy in the region. That was certainly laudable, but not a substitute for a vigorous hemispheric strategy. It’s clear now Canada is trying to take a stronger leadership role in the hemisphere. That mantle is an arduous exercise in picking among an à-la-carte menu of issues based on a range of partners who may exhibit distinctly un-Canadian practices.

Cobbling together the Lima Group is an outstanding start. But Canada will need to have an appetite for enduring the irreconcilable ironies, compromises of Canadian values and sacrifices that such leadership entails, if it hopes to succeed in this new role. 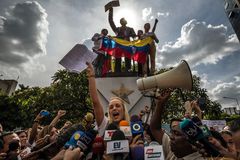 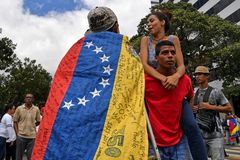 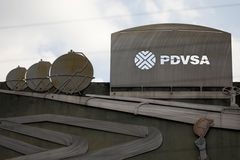