John Duncan is director of the Ethics, Society and Law Program at Trinity College in the University of Toronto.

As the crisis in Venezuela deepens, with nationwide blackouts, food, water and medicine shortages, hyperinflation and political uncertainty, media reports make little mention of the Bolivarian Revolution. Its legacy plays an important role in the current situation in the country.

Initiated by the late former president Hugo Chavez 20 years ago, the socialist movement’s central mission was to direct more benefits of the economy to the poor majority. That did not happen – demagoguery, corruption and mismanagement did, or so we read.

Yet, according to the World Factbook, published by the U.S. Central Intelligence Agency – certainly no proponent of left-wing revolutions – “Social investment in Venezuela during the Chavez administration reduced poverty from nearly 50 per cent in 1999 to about 27 per cent in 2011, increased school enrolment, substantially decreased infant and child mortality, and improved access to potable water and sanitation. … 'Missions’ dedicated to education, nutrition, health care and sanitation were funded through petroleum revenues.”

This social achievement must be kept in mind to understand how the current situation will develop. Millions of Venezuelans are likely to defend its legacy against attempts to drive control of the country and its oil industry back to the neoliberal policies of U.S.-backed elites. Indeed, an earlier generation’s bloody crackdowns against anti-neoliberalism unrest – especially the “Caracazo” in 1989 when fuel price increases led to looting and protests which resulted in hundreds of deaths – are remembered as the revolutionary point of no return.

The 1989 riots led to Hugo Chavez and the Bolivarian Movement’s coup attempt in 1992. Mr. Chavez was jailed but eventually pardoned. He was later elected and re-elected president in 1998, 2000, 2006 and 2012. He encouraged all citizens to participate in the electoral process. In 2002, popular pressure returned him to the presidency after a right-wing coup deposed him briefly.

Opponents claimed Mr. Chavez was mentally unbalanced, and compared him to despots like Hitler, but millions of Venezuelans were moved by his expressions of love for his country and people as well as for humanity. They saw in him a charismatic leader who embraced anyone, helped the poor, provided aid and debt relief to struggling countries, subsidized heating oil for needy Americans, and did not fear relations with leaders demonized by what many took to be the “imperialistic” North.

Mr. Chavez is criticized for influencing elections by providing highly subsidized goods and services to the poor, but what does it mean to criticize a leader for satisfying the basic needs of the majority and encouraging everyone to vote? For millions of Venezuelans, it means returning to harsh trickle-down economics (which American author and activist Jim Hightower calls “tinkle-down” economics because nothing of value makes it down to the poor), clawing back their electoral expression, and the “Caracazo.”

Before he died of cancer in 2013, Mr. Chavez asked supporters to elect Nicolas Maduro as their next president, which they did. From then until now, Mr. Maduro has been entrusted with the revolution.

Mr. Chavez talked a lot about socialism and anti-imperialism, redistributed wealth to the poor and resisted international neoliberal policies. However, he largely accepted and ignored the powerful forces of capitalism. Nevertheless, his not-quite-socialist revolutionary project had to be fraught with pitfalls. Even with the world’s largest proven oil reserves in hand to finance policies. Mr. Chavez made mistakes, Mr. Maduro made more, and oil prices slumped.

There is plenty of blame to go around, not the least of which includes oil market volatility, government policies (e.g., failures to bank oil revenues before they fell, and to diversify out of oil reliance) and U.S.-led meddling and sanctions aimed at hurting the economy so that “socialism” might be crushed.

In January, U.S.-backed political theatre staged the self-appointment of the barely known, anti-Chavez, Juan Guaido as “ interim president.” The thinking – naive at best – seems to be that millions of Venezuelans who were lifted out of poverty and found political voices under Mr. Chavez will blame the economic crisis on Mr. Chavez’s designated successor, whom they elected, and pick Washington’s appointee as their unknown saviour.

Failing to understand Venezuela, a number of countries including the United States and Canada have made a choice for Venezuela’s president, with harmful sanctions instituted on the country in order to coerce compliance with our goals.

As in Syria, Libya, Iraq and Afghanistan, we will wonder why interventions turn out badly.

There is a chance violence will increase in Venezuela the more the international community succeeds. Resistance (popularly supported) will most likely grow, only to be met with force we will be obliged to support. Do we really want to be on the wrong side of history? 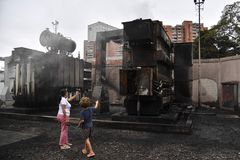 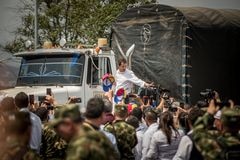 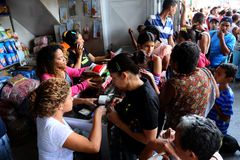