This week, victim impact statements will be read publicly during the sentencing hearing for Jaskirat Singh Sidhu, the truck driver who caused the crash with the Humboldt Broncos team bus last year. Families of victims will have the opportunity to speak about how the crash affected their lives, beyond injuring or killing their loved ones.

I didn’t have that opportunity when my mother died in 1974. She was killed by a driver who ran a red light in Winnipeg one cold November night, turning our world upside down.

Mom had been driving the car because my dad, who usually drove, had a few drinks at the wedding social we had all attended that night. I was in the back seat with my girlfriend.

When the pickup truck T-boned our car on the driver’s side, Mom was killed instantly. Dad’s head went through the windshield. When I felt the impact, I instinctively pulled my girlfriend to me, which was fortunate because a fender rammed through to the back seat, narrowly missing us. She and I ended up with just black eyes, bad bruises and scrapes, and a lot of glass in our hair and inside our mouths.

But that’s not what would have been in my own victim impact statement.

My mother was the glue that held our extended family together. She had been the one to host all the Christmas and Thanksgiving celebrations at our home, with dozens of aunts, uncles, cousins and in-laws. After she died, it never seemed right again. Family get-togethers were fractured, if held at all.

Dad was never himself after the crash. He had a severe concussion that was a factor in his later diagnosis of early-onset dementia. And before he declined, he was completely and utterly devastated by the sudden loss of his partner of more than 25 years. I remember him wandering the house at 2 a.m., calling her name.

He was completely lost.

As for me, I floundered in school. I tried to make it through my first year of university, knowing my parents wanted me to get at least one degree, but I had to drop out. Looking after my dad while going through my own grief took its toll. My friends and those in my cohort graduated and went on to establish their careers while I struggled with my pain and emotional distress. It took years of counselling to get back on track.

I missed out on going fishing with my father, or digging in the garden with my mother. My kids never had the opportunity to know their grandparents.

How would my life have been different if the driver of that pickup truck had been paying attention and was operating his vehicle safely?

I have no idea.

But I do know from personal experience that the impact of vehicular accidents takes a terrible toll on families whose loved ones die in crashes.

There will be tears in the makeshift courtroom in Melfort, Sask., this week. There will be significant visible agony on display for all to see.

What won’t be visible are the deep, jagged psychological scars in the hearts and minds of the families and friends left behind. Nor will anyone see the later consequences of the accident that will only manifest themselves months or years from now.

Marriages never celebrated. Children never born. Grandchildren never bounced on knees. Families torn into tiny bits that can never be put back together in a form that can be called normal or familiar.

Indeed, the word impact has meaning far beyond the terrifying sound of metal on metal.

This week, my thoughts are with the families of Humboldt.

Opinion
How many more children will die without seat belts on buses?
November 16, 2018 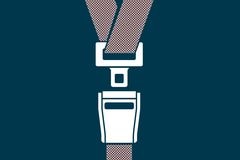 Opinion
Grief and the value of a statistical life
May 5, 2018 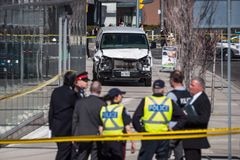 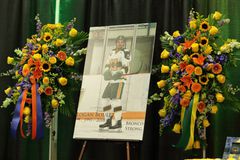