Erna Paris is the author of Long Shadows: Truth, Lies, and History, as well as several other books.

Should the Jews of Hungary pack their bags? Those with an eye to history might wonder. Last March, in a formal speech commemorating the 170th anniversary of the Hungarian Revolution of 1848, President Viktor Orban said the following:

“They do not fight directly, but by stealth; they are not honourable, but unprincipled; they are not national, but international; they do not believe in work, but speculate with money; they have no homeland, but feel that the whole world is theirs. They are not generous, but vengeful, and always attack the heart – especially if it is red, white and green [the colours of the Hungarian flag].”

With these words, Mr. Orban pursued his marginalization of Hungary’s Jews. He didn’t name them. He didn’t have to. His familiar anti-Semitic tropes, which might have been lifted from any number of German sources between the late 18th-century and the defeat of Adolf Hitler in 1945, would have resonated clearly in the minds of his audience.

And that was the point. Elections were just weeks away and Mr. Orban had adopted ethnic nationalism as a tactic. Back in 2014, his governing party, Fidesz, was low in the polls. Then came the Syrian refugee crisis of 2015 – a godsend issue. That year, Hungary received the second-most asylum applications of any European Union country; and when the EU assigned refugee quotas to each of its member countries, Hungary mounted a legal challenge at the European Court of Justice (it failed). Mr. Orban built more than 500 kilometres of border fences to keep the migrants out, and enlisted “border hunters.” He called this “law and order.”

By telling Hungarians they were victims of foreigners and foreign ideas, Mr. Orban built a winning formula. He promoted “illiberal democracy” as opposed to the “chaos” of Western societies. This “chaos” was nothing less than multireligious, multicultural society – open society, in other words.

Enter George Soros, or a caricature thereof. For decades, no one has personified open society more closely than the Hungarian-born philanthropist whose organization, Open Society Foundations, has consistently promoted ideas of democracy, human rights, participatory capitalism and political liberalism. Mr. Soros’s goals – “opening closed societies, making open societies more viable, and promoting a critical mode of thinking” – are those of his mentor, the philosopher Karl Popper, whose book, The Open Society and its Enemies, was avidly studied by millions in the immediate post-Soviet era. They are, however, anathema to the “illiberal” designs of Mr. Orban, which are to strengthen hard-right nationalism by evoking manufactured security threats from the outside and promoting an exclusive “Christian culture” within.

That Mr. Soros is both Hungarian and a Jew made him an ideal target during the recent election campaign, which resulted in Mr. Orban being re-elected with a two-thirds majority. Vilified, accused of wanting to “take over” Hungary (another anti-Semitic trope), Mr. Soros’s grinning face was plastered on posters omnipresent throughout the country. The ambiguous caption read: “Don’t let George Soros have the last laugh.”

So focused was the attack that one Fidesz campaign ad urged voters to stop “Soros’s people” from forming the government, thus conflating the opposition parties with the designated enemy.

But Mr. Orban’s campaign against Mr. Soros, whom he has depicted as preparing to strike “a final blow to Christian culture” by sponsoring the reception of thousands of refugees into Europe, neither began, nor ended, with electoral exhortations. For in his effort to reshape the status quo, the President has openly borrowed strategies from the Nazis and from Stalin. To the distress of many educators, he has revised school texts. In one eighth-grade book, students are informed that Mr. Orban thinks refugees are a threat to Hungary. “It can be problematic for different cultures to coexist,” the text advises. This presidential message has, it seems, taken root: Hungarian media have reported that some children believe Mr. Soros is literally the devil.

In the artistic and intellectual arenas, Fidesz-appointed directors and university administrators have replaced their less ideological colleagues; new productions and art exhibitions have nationalist themes; and, importantly, revisionist history is in the making, most evidently in the rehabilitation of Admiral Miklos Horthy, an ally of Hitler who actively collaborated in the deportation of some 500,000 Jews to Auschwitz in 1944. Last year, Mr. Orban called Horthy an “exceptional statesman,” prompting the U.S. Holocaust Museum to issue a rebuke. There are now statues to Horthy in many places.

In the same speech marking the anniversary of Hungary’s 1848 revolution, Mr. Orban also railed against “media outlets maintained by foreign concerns and domestic oligarchs, professional hired activists, trouble-making protest organizers and a chain of NGOs financed by an international speculator, summed up by and embodied in the name ’George Soros.’” The body that seems to come closest to his cross-hairs is the Soros-founded Central European University, a liberal English-language institution currently headed by Canada’s Michael Ignatieff. Mr. Orban has refused to legalize the status of CEU. Mr. Ignatieff has fought back and threatened to move the institution to Vienna. At this writing, the standoff continues.

Mr. Orban is said to spend much time reading books and talking with like-minded intellectuals – an education that appears evident in his considered policies. He is also interested in psychology and met with Philip Zimbardo, the American psychologist who created the Stanford Prison Experiment, the 1971 study of authoritarianism. I don’t know what information Mr. Zimbardo imparted, but victimhood, tribalism and the deliberate construction of an enemy have historically worked wonders for autocrats.

Ironically, in spite of his relentless denigration of Jews, both directly and through the proxy of Mr. Soros, Mr. Orban has successfully, and cleverly, co-opted the friendship of Israeli Prime Minister, Benjamin Netanyahu. Under the rubric of “the enemy of my enemy is my friend,” the two have become unlikely allies. Why? Mr. Netanyahu also hates Mr. Soros, who has criticized his Likud government. So it happened that while Hungarian Jews recently begged Mr. Orban to end “the bad dream” of widening anti-Semitism, the European Jewish Association, in lockstep with Mr. Netanyahu, congratulated the President on his new electoral victory. Tellingly, they sought assurances that he would “continue to defend and uphold Hungarian Jewry under his new mandate …” Future historians may see Jewish support for Mr. Orban’s Hungary as a folly.

“Should we pack our bags?” has been a perennial question for diaspora Jews. Most recently, it was asked in France, where attacks on people and synagogues have increased. But in France, the elected leadership has decried anti-Semitism, where in Hungary the threat is emanating from the top, signaling danger.

It is painful to consider leaving the land where one’s ancestors were born, where one has participated in civic life and enjoyed full citizenship. Denial can take hold. There has been a Jewish presence in Hungary since the ninth century.

In her 1946 book, Medallions, the Polish writer Zofia Nalkowska wrote: “Reality is bearable when something prevents us from knowing it completely. It draws near in fragmented events, in tattered reports…”

During his campaign, Mr. Orban ominously promised a reckoning. Earlier this week, his government introduced a set of laws known as “Stop Soros” that would impose jail terms on people or organizations aiding illegal migrants

Hungary’s non-Christian minorities appear to be at risk. 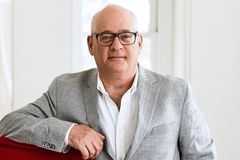