Just like the prize-fighting promotions of old, there was an initial call-out, with Mr. Zizek criticizing Mr. Peterson in a column in The Independent, accusing him of advancing “paranoiac” and “ridiculous” conspiracy theories. The trash talk followed: Mr. Peterson, provoked into responding, challenged a (fake) Zizek Twitter account to a debate, which (the actual) Mr. Zizek gamely accepted. The resulting event, happening April 19 at Toronto’s Sony Centre, even has its own trumped-up title: “Happiness: Capitalism vs. Marxism.”

It may not have the ring of “Rage in the Cage,” but the debate is beholden to the sort of absurdity that has come to dominate these sorts of public frays. It is foremost a spectacle, in which we can expect much to be argued and little to be meaningfully resolved. Even the animating dichotomy of the debate – capitalism vs. Marxism – feels like a mistake of semantics, if not their fundamental definitions. Capitalism, after all, is an economic model. Marxism is a philosophy.

Yet there is a deeper friction undergirding the Zizek-Peterson showdown that speaks not just to the rival concerns of these two combatants, but also the diverging ways in which critiques of modern life are framed: their understanding of “ideology” – a word that is increasingly bandied about and, just as often, misunderstood.

In November, 1793, during the French Revolution’s bloody Reign of Terror, the royalist-sympathizing autodidact Antoine Destutt de Tracy was imprisoned. During his carceral stint, he devoted himself to popular philosophes of the time (Locke, Condillac, etc.), to better understand the fervour that had gripped the French people. Upon his release, Destutt de Tracy devised his own “science of ideas.” He called his discipline “ideology,” and recruited like-minded “ideologists” to the cause.

Theirs was a typical Enlightenment project, which aimed to demystify the lingering theological and political arbitrations of the prerevolutionary Ancien Régime. As English critic Terry Eagleton describes their mission, “in illuminating the obscurantism of the old order, it cast upon society a dazzling light which blinded men and women to the murky sources of this clarity.”

Not everyone benefited from such clarity. Chief among the ideologists’ critics was Napoleon, who feared their attacks on Christianity – and on his own self-endowed authority. He decried the “windbags and idéologues who have always fought the existing authority.” And in mistaking – or deliberately misnaming – the self-identifying “ideologists,” Napoleon coined an insult that persists to this day: ideologue.

These days, if you want to vilify someone, that’s what you label them. Or better, claim that their motivations are “pure ideology.” Doug Ford’s Ontario government, for instance, defended its 2018 rollback of the provincial sex-ed curriculum by saying lessons about homosexuality and gender identity were “based on ideology.”

What was once a word for someone devoted to the detached study of ideas has been perverted, if not totally inverted. After all, the claim that someone – typically a political enemy – is “an ideologue” is now meant to discredit their intellectual positions, because it presumes some alternate, ideal position that is unclouded by ideology; some purely rational, scientifically grounded terra firma from which one can snipe, “Oh, that’s just ideology.” Ideology, then, has become something that someone else does.

This is precisely how Mr. Peterson uses the term. In 2018, he recorded a video for the online conservative learning portal Prager U called “Dangerous People Are Teaching Your Kids,” in which he assails professors who attack the foundations of Western civilization itself with their “resentment-ridden ideology.” He has likewise expressed skepticism about climate change, telling an Australian interviewer: “You can’t trust the data because too much ideology is involved.” Such accusations also drove Mr. Peterson’s investment in the debate around Bill C-16, the amendment to the Canadian Human Rights Act and the Criminal Code that granted constitutional protections to gender identity; in a 2017 Senate hearing, he claimed the law was being advanced by a vanguard of “ideologues,” echoing remarks he made in a 2016 interview on TVO’s The Agenda, in which he claimed that “ideologues” wanted to legally compel him to use gender-neutral pronouns.

Mr. Peterson’s use of “ideology” is markedly Napoleonic in its weaponization. After all, the would-be emperor despised the ideologists precisely because they posed a threat to his power and his conception of social order. He claimed that they “destroy all illusions, and the age of illusions is for individuals as for peoples the age of happiness.” (That the ideologists aimed to “destroy all illusions” was hardly some damning insult – it was precisely their mission.) Napoleon was himself practising ideology in the modern sense: misrepresenting his opponents to recertify his own authority while hiding behind a veil of bad-faith reasoning.

That veil is what contemporary philosophers such as Mr. Zizek are talking about when they talk about “ideology.” The analysis of that concept dominates his work: In his introduction to Verso’s 2012 anthology Mapping Ideology, Mr. Zizek defines ideology as “a composite of ideas, beliefs, concepts, and so on, destined to convince us of its ‘truth,’ yet actually serving some unbowed particular power interest.”

For Mr. Zizek, ideology is a sort of collective social and political unconscious that operates in all spheres of human endeavour, and while one can actively subscribe to a given ideology – fascism, feminism and the like – it doesn’t override the master ideology, which always works to mystify and hide the ways in which the powerful manipulate the less powerful. In this sense, ideology seeks to cover its tracks by obscuring its own operation, like the master criminal Keyser Soze in The Usual Suspects: The greatest and most profoundly ideological trick it pulls is convincing the world it doesn’t exist.

At the risk of reducing an esoteric (and frustrating, often deliberately obscurantist) body of work to a single theme, Mr. Zizek’s primary philosophical mission is convincing anyone who will listen that ideology not only exists but that it exists everywhere – in a Hollywood movie, in a Coca-Cola slogan, in a Starbucks coffee cup, in a crude joke about toilets. “Everything is ideology” has become a kind of rallying cry among those who find themselves excited by the philosopher’s sustained critique of everyday life.

That modern pundits and self-help authors may not be familiar with the historical and philosophical implications of labelling someone an “ideologue” may seem excusable. After all, ideology is a fairly esoteric branch of theory devoted to a highly specialized word that is often unleashed imprecisely. But ignorance is a poor excuse when many of those bleating “Ideology!” – such as Mr. Peterson, in his railing against “postmodern neomarxists” – do so while railroading the intellectual, historical and philosophical currents devoted to unravelling and understanding ideology.

It’s perhaps unsurprising that many thinkers who might fall into the category – from the Germans Theodor Adorno and Max Horkheimer to French thinker Michel Foucault and Mr. Zizek himself – have produced some of the best writing about ideology. Indeed, it was Marx himself who, in 1846’s The German Ideology, developed the idea of ideology as the process of “perfecting the illusion” of power relationships in order to foster an “upside down” vision of those relationships that could be marketed to the masses.

Given that ideologies now tend to safeguard established myths and powerful blocs, is it any wonder that Mr. Peterson and his followers feel compelled to wave away those who work to dismantle the bad-faith thinking they attempt to naturalize as “real” and “true” and “enlightened”? After all, claiming that "what I believe is actually true and everything else is ideology” is pretty much the most ideological thing one can do. As French sociologist Pierre Bourdieu said, “To describe a statement as ideological is very often an insult, so that this ascription itself becomes an instrument of symbolic domination.” The word becomes a way to stake a (fictional) high ground in the cultural and political landscape – a perch from which the conversation can be controlled.

Such claims don’t merely deny the speaker’s own ideological grooming – they actively work against any meaningful project of intellectual ennoblement. If pretty much everyone is manoeuvring in the obscuring shadow of ideology, then labelling another an “ideologue” is little more than a cheap shot. As was the case with Napoleon, it is a blatant, desperate effort to rebuff threats to power by attempting to make the authority of that power seem like the natural way of the world.

This is what most drastically drives a wedge between those who use “ideology” as a blunt instrument, such as Mr. Peterson, and those who scrutinize it, like Mr. Zizek. Whether they know it or not, both are practising ideology in the contemporary philosophical sense – but only one can lay claim to being, in the historical lineage of Destutt de Tracy’s “science of ideas,” a genuine ideologist. 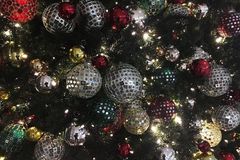 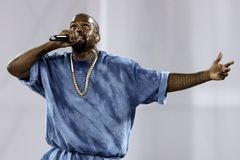 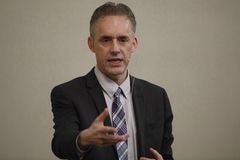