The nature of a contagion is that it grows at a speed that always just exceeds our awareness. It seems dormant for a long while, then suddenly it is surging. No sooner have we adapted to this than we find it has grown still further, faster.

It is like a tsunami in this respect. Far from a towering wave crashing over us, as in the Japanese print, it first appears as a little water seeping under the doorway. Then it has spread across the floor. Then it has engulfed us, the house, everything.

Whether this excuses the failure of our governments to keep pace with the mortal threat posed by the coronavirus as it spread, and to respond in time, I will leave to others. Certainly I can’t claim to have done any better. I suspect neither can you.

Yet they, and we, had the benefit of repeated warnings in recent years that another pandemic was, not just a possibility, or even a probability, but inevitable. They, and we, had the trial runs of the SARS epidemic in 2003, and the H1N1 epidemic in 2009, to learn from. And they, and we, were given weeks of notice that the coronavirus was on the way – and weeks more, after the first case was recorded here, on Jan. 25, even after the first locally transmitted case, on March 5.

Yet here we all are, in the first week of April, scrambling desperately to catch up. Having failed to stockpile protective masks, or ventilators, or intensive care beds, or testing kits in advance, having failed to order more in January or February as the epidemic approached, our governments are only now starting to acquire them, weeks too late.

But of course. As late as March 15, four days after the World Health Organization, having earlier accepted Chinese assurances that there was no evidence of human-to-human transmission of the virus, had belatedly declared a global pandemic, the Public Health Agency of Canada was still assuring Canadians the risk to their health was “low.”

It was later still that the federal government got around to closing the borders to foreign nationals, or enforcing 14-day isolation orders on returning Canadians, or even advising them that they must. And later yet that most provinces began implementing “social distancing” lockdowns of varying severity, some of which are still being phased in to this day.

Testing for the virus is still largely confined to those showing symptoms, rather than the broader population-based exercise that would tell us how far the virus had really spread, how many already had immunity and how many were likely to die.

And now we are told, after three weeks of living under virtual house arrest, that we must remain there, for another three months, perhaps; it depends, according to the Prime Minister, on how we “behave.” But if our governments had behaved better, we might never have got into this fix, or might already be out of it. Say this for the toilet-paper hoarders: They saw where this was headed, sooner than the rest of us.

That same tendency to lag some way behind events can be seen with regard to the economy, both in the size of the hit it would take, and in the scale of the response that would be required. The federal government’s first package of measures, a $1-billion increase in funding for provincial health-care systems, plus a $10-billion increase in federal loans to small and medium-sized businesses, did not arrive until the second week of March.

A further $27-billion in income support measures was announced the following week, only to be completely redrafted in the days and weeks after. What were to be two separate programs for affected workers, depending on whether they were laid off or looking after their children, was consolidated into one. A 10-per-cent wage subsidy for small business became a 75-per-cent subsidy for all businesses.

As the plans have changed, the costs have skyrocketed. All told, direct federal assistance to individuals is now estimated to add $105-billion to federal spending, with another $85-billion in tax deferrals. Just days ago we were advised to ready ourselves for a federal deficit of $100-billion. It now looks likely to exceed $200-billion – about 10 per cent of GDP, given the probable contraction in the denominator.

The Bank of Canada, meanwhile, has advertised its willingness to buy debt in any amount – at least $5-billion a week – from just about anybody: the federal government, the provinces (Newfoundland, it has lately been reported, was unable to find any other buyers), even private corporations. All told, it’s estimated the Bank of Canada could end up acquiring as much as $300-billion in such assets.

But this is almost certainly not the end of it. It may be just the start. There are bailout packages in the works for the energy and airline industries; more will likely follow, with the newspaper industry first in line. In the general rush to bail out everyone, lots of businesses that would have failed anyway will have their most fervent prayers answered. A substantial portion of the country’s private debt may wind up on the public books, whether the federal government’s or the Bank of Canada’s.

No doubt all this is unavoidable. This is a crisis like no other. But I wonder if we have yet grasped how much we are getting in for, or for how long. Forecasts that the economy, after shrinking several percentage points in the second quarter, will come rocketing back in the third, look increasingly dubious. The massive deficits, federal and provincial, we are taking on are likewise going to prove harder to unwind than might have been imagined.

This isn’t quite like the Second World War, though I’ve used the analogy myself. The emergency spending programs we are so hastily adding to the federal tab may perhaps be as quickly subtracted, as it was after the war. But the hit to the economy, and to government revenues, is wholly unlike the wartime example, and will take time to recoup. Get ready for deficits in excess of 3 per cent of GDP for some years, and a debt-to-GDP ratio approaching 50 per cent. It’s just over 31 per cent now. Or at least it was, until about three weeks ago.

First, you see a little water seeping under the doorway. Then you are engulfed. 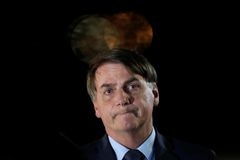 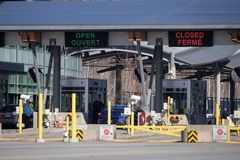 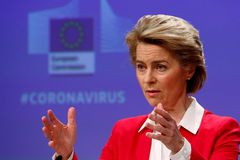