No Canadian pays for water – not citizens, farmers or industry. Under NAFTA first – and now the USMCA – if the government starts selling water, it becomes an exportable product, which is widely recognized as a very bad idea.

What does cost money is the use of water infrastructure: things such as pipes, testing and labour. Large industrial users are charged more than residents for the privilege, but the amount collected from commercial water bottlers in Ontario has long been criticized as ridiculously low. Until 2017, the administrative fee was just $3.71 for every million litres. The provincial government now charges $503.71 for that amount.

For many living in the Grand River watershed, there’s no acceptable price for extraction by Nestlé, the most controversial water profiteer in the province, if not the world. In Ontario, the company is permitted to pump about 4.7 million litres a day – which costs a measly $2,367, give or take – from aquifers under places such as Guelph, Aberfoyle and Six Nations.

Animosity between Nestlé and watershed residents goes back decades, but amped up in 2016. That’s when the first of the company’s two permits to extract water there expired, followed by the second in August, 2017. Somewhere in between, Nestlé outbid a local township for another withdrawal site, an extremely unpopular move.

Water from the third site hasn’t been bottled, though, because in 2016, the Ontario government introduced a two-year moratorium on new extraction permits. The Liberals then hedged on either lifting the ban or making it permanent for years – a tactic being copied by the Conservatives, who recently proposed extending the moratorium’s deadline to 2020.

In the meantime, the province has allowed Nestlé to keep pumping on its expired permits, which the company has done while simultaneously trying to convince the Six Nations band council that it wants to engage in meaningful consultation. That’s been fairly unsuccessful: After all, about 11,000 people there don’t have access to clean water. When Nestlé reps popped by for a meet and greet, Chief Ava Hill basically told them to go jump in the lake.

“We told them no before and they keep taking water from underneath us,” resident Makasa Looking Horse said. “We want to let them know that it’s not okay and we see them.”

A student at McMaster University, Ms. Looking Horse is part of a research team developing tools to assess water quality in Indigenous communities. In November, she led a protest walk to Nestlé’s Aberfoyle plant, a demonstration attended by members of the advocacy group Wellington Water Watchers.

On Thursday evening, the Water Watchers planned to make their own move, unveiling a draft of a bill to "Establish a Right to Safe Drinking Water.” It proposes banning commercial water bottling entirely in all of Ontario, and the group hopes it will make it to the floor of the legislature next spring.

The bottling ban is the flashiest part of the bill, as well as the easiest to understand. Wading into water policy means getting tangled in weeds: The bill also stresses the need to nail down fuzzy issues such as acceptable water-use thresholds for different types of industries and the responsibilities of municipalities versus the province.

Those complications tend to get ignored, especially because they boil down to one unpleasant fact: No one with access to clean water in Ontario pays enough for the privilege – not individuals, communities or even less-controversial businesses.

Much of the country doesn’t even measure how much water it uses – the most recent Statistics Canada numbers show that more than 40 per cent of households still pay a flat fee, instead of being metered. And metered or not, utility bills don’t cover the cost of keeping water bodies healthy, or even researching how much water Ontario’s lakes and aquifers actually hold.

So how much should water cost? Someone did come up with a number once, during the inquiry into the 2000 Walkerton tragedy. After contaminated water killed six people and sickened hundreds of others, a consulting firm estimated the cost of good-water governance at between $7 to $19 annually per Ontario household.

In 2018 dollars, the high end is $25, which would make my family’s water bill just more than $150 a year, an amount that the head of the Walkerton inquiry noted was far less than a monthly cable bill.

Maybe a more relevant comparison is 30 cases of Nestlé Pure Life bottled water. Either way, it’s a small charge for protecting something priceless, which for too long too many have confused with free.

Nestle warned it lacks rights to some California water
December 21, 2017 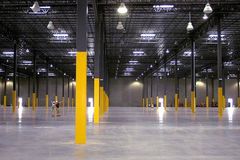