Mark Kingwell is a professor of philosophy at the University of Toronto and author of the forthcoming book On Risk.

Albert Camus’s 1947 novel The Plague has enjoyed renewed success during the 2020 pandemic, to the point where it is no longer easy to get a hold of a copy in person or by mail. When I set it as the first text in a small seminar I’m teaching this fall, Ethics and Literature, I knew it would prove both timely and provocative.

The syllabus for this course was fixed some months ago, but since then two significant facts have been added to the resonance of the novel. The first is that this class, a limited-enrolment course for first-year undergraduates, is happening entirely online. The second is that, owing to a visit to the United States to help with my in-laws' acute but non-COVID-19 medical care, I’m in quarantine right now.

This isn’t onerous. During initial lockdown and even over the more liberated summer months, I spent most of every day at home, with books and screens for company. My spouse and I would meet in the evening to cook dinner and drink some wine. We might go for a walk, or sometimes meet someone in the park nearby. No ballgames, plays, restaurants, or travel.

But a grim truth of Camus’s story is how much it matters whether you are homebound by choice or by decree. Likewise, the routine boredom of his setting, the sleepy town of Oran, becomes a fearsome restlessness under cordon conditions. The denizens, lacking long-distance communication – even the mail is halted for fear of infection – fall back upon themselves in attitudes that run from religious mania and suicidal tendencies to resolute fortitude and various degrees of self-delusion.

There are also many instances of bureaucratic incompetence and heartlessness, of just the sort we have come to expect from authorities in our own plague days. Attempting to cross into the U.S., I was challenged to justify my existence in a manner as stonily ruthless as anything in Kafka. “What do you need him for?” my American spouse was asked incredulously. (To her credit, her first response was, “Well, he’s my husband.”) I managed to say nothing during this hostile exchange, even though I really wanted to point out that, barring family duty, I had no desire to visit the insane, disease-riddled, conspiracist-authoritarian wasteland that used to be America.

The most unsettling period was between this first “interview” and the second stage of inspection, which we endured in a parking lot without our passports. Like many Canadians, I take for granted the magical niceness of the Canadian passport, which usually opens doors without a pause. At that moment, I felt the tiniest twinge of stateless anxiety, the feeling that you are nothing absent highly contingent credentials. We got across, finally, and spent the next 10 days dealing with hospitals, caregivers, medical supply companies and big-box stores that sell everything from baby monitors and special pillows to probiotics and painkillers.

One of the students in my seminar is in quarantine, too. Another is in Delhi, attending the class late at night. The rest are scattered around Toronto and distant parts of Canada and the U.S. There is no such thing as a perfect technology, but our online meetings have been upbeat and fun considering how depressing the subject matter is. A shared story creates community. The students are especially fond of the chat function on our video platform, adding a running commentary to the main conversation that I find funny and they find engaging. So far so good.

In their weekly papers and comments during class, though, a darker mood emerged. Camus’s novel offers many obvious parallels to the COVID-19 pandemic, not least the initial refusal of citizens and authorities alike to take it seriously. Then, as the pestilence takes hold more firmly, comes a creeping sense that life may never be the same again.

One of my students wrote, “I’m constantly questioning whether it’s possible for us to go back to the way things were, or if the pandemic will ever end at all.” Another said: “Before the plague, the people of Oran are imprisoned by their habits but, during the plague, they are prisoners to their city and furthermore imprisoned within themselves. … [T]he irony of the situation is that they yearn to go back to being prisoners of their habits, almost as though suffering from Stockholm syndrome.”

This is Camus on the larger point: “[N]ow they had abruptly become aware that they were undergoing a sort of incarceration under that blue dome of sky, already beginning to sizzle in the fires of summer, they had a vague sensation that their whole lives were threatened by the present turn of events.” A plague is many things, sometimes only incidentally a potentially fatal disease. It is above all a social condition and a challenge to self – and maybe an opportunity for reflection. One needn’t be an absurdist to appreciate how Camus demonstrates the lurking meaninglessness of ordinary life when it is unmoored from familiar lines, habits and experiences of time.

Consider perhaps the most interesting character in the novel, the loner Jean Tarrou. In one of his notebooks we find this query: “How contrive not to waste one’s time? Answer: By being fully aware of it all the while. Ways in which this can be done: By spending one’s days on an uneasy chair in a dentist’s waiting-room; by remaining on one’s balcony all a Sunday afternoon; by listening to lectures in a language one doesn’t know; by traveling by the longest and least-convenient train routes, and of course standing all the way; by lining up at the box-office of theaters and then not buying a seat; and so forth.”

Later, speaking of his choice to affirm life over death, he says this: “[O]n this earth there are pestilences and there are victims, and it’s up to us, so far as possible, not to join forces with the pestilences.” Not all plagues are physical, after all. Unwasted time is a form of resistance, especially when the hours drag. Lively minds in action, struggling with new realities and old books, my seminarians remind us all how to cope when life feels stalled and out of joint. The cardinal virtues are patience, humility and compassion – because, in philosophy class or out, we’re all plague students now. 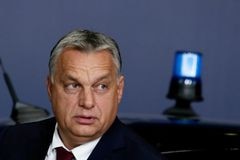 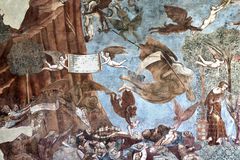 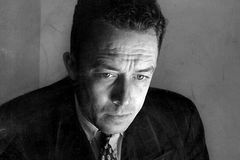