Jean-Nicolas Beuze is the representative in Canada of UNHCR, the UN Refugee Agency.

The past month has been heart-wrenching and deeply troubling for anyone who cares about the basic rights of those seeking protection from violence and persecution. Here in Canada, though, there has been little to no discussion of why these desperate people would be fleeing their homes with their children and little else.

Some insights were shared with Canadians in Toronto and Ottawa last month, in public events and with government officials, by a group of courageous human-rights defenders from Central America. They spoke of widespread, unrelenting violence by criminal gangs, often directed at women and children: killings and death threats, extortion, rape, domestic violence, kidnappings and disappearances. There was the case of a little boy, full of aggression, who had arrived from Honduras alone one day at the Casa Alianza shelter in Mexico City. Antonia Rodriguez, a manager there, recounted that after the murder of the little boy’s parents by gangs, his grandmother had sent him, alone, northwards into exile, begging him never to return home because it was too dangerous.

Claudia Samayoa, a leading rights activist in Guatemala, explained why attempts to deter people from fleeing northwards are misguided and won’t have any effect: “83 per cent of people displaced from Central America are victims of violence. They are refugees, and the fact is that they cannot go back because of the cycle of violence, corruption and impunity. They are fleeing to save their lives.”

When my agency, UNHCR, the UN Refugee Agency, interviewed women in El Salvador, Honduras and Guatemala recently, we found that 85 per cent of those we spoke to reported living in a neighbourhood controlled by violent criminal groups. These women spoke of prolonged instances of physical, sexual and psychological domestic violence, for which local authorities were unable to provide help. Most of these women sought protection first in their home countries, and only fled into exile once that proved unsuccessful.

Today, these women are part of an unprecedented displacement in the region: more than 294,000 refugees and asylum seekers have been registered, an increase of 58 per cent just within the past year. And since that time, unaccompanied and separated children fleeing northern Central America has doubled each year.

The countries in the region – be they countries of transit or destination – have pledged to protect these refugees. From Panama to Mexico, they have opened shelters, put children in schools and created livelihood opportunities for their parents. Countries of origin have also pledged to address the root causes of displacement by improving security for their own people. No one country can do this alone. Regional co-operation and shared responsibility together are the best way to generate success stories from these human tragedies.

Canada has been active in strengthening Mexico’s asylum system by providing high-level training to refugee adjudicators, and it just signed a similar partnership with Costa Rica. These women and children would stop running if they were given protection in neighbouring countries. There would be no need for them to take additional risks of being sexually exploited or trafficked to reach the U.S. They could stop their desperate run much earlier on, and rebuild their lives.

Such initiatives highlight that the best solutions for protection are those being built up within the region. UNHCR is working with partners in countries like Mexico and Costa Rica to not only keep refugees safe, but also provide them with economic opportunities and integration into local communities. A comprehensive, regional approach is necessary to address the huge numbers of displaced people across refugees’ countries of origin, transit and destination.

With its Feminist International Assistance Policy, Canada has a great opportunity to take the lead in providing technical and financial support, as most of the projects in the region focus on women and children, as well as LGBTQ individuals and refugees. Canadians too can help by contributing to UNHCR and to our partners’ projects.

Finally, a few refugees may need a solution here in Canada. Resettlement is one of the many strengths of this country as it offers an alternative for the most vulnerable refugees when all doors are closed. Women’s rights activists, Indigenous leaders, LGBTQ individuals and those having fought for gangs to be brought to justice may well find Canada as the only true solution to their plight.

Solutions exist, and Canada has a role to play. The stories from Samayoa and Rodriguez are a testament to the courage and resilience of those they are working so hard to protect. Let us not leave them, our neighbours, alone in their time of urgent need. 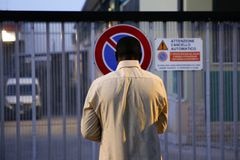 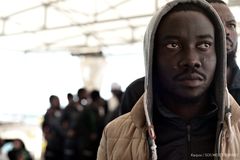 Opinion
America’s treatment of migrants is sending the country back to the dark ages
June 29, 2018