Hugh Segal, now principal of Massey College, is a former chair of the Senate committees on foreign affairs and anti-terrorism. He sat as a Conservative from Ontario.

Last week’s passage by the Senate of the laws legalizing marijuana and strengthening the deterrence of impaired driving demonstrates in clear and precise terms that the restructured Senate is working – not perfectly – but far better than the partisan-driven body that preceded it. Whatever else may be troubling Canada’s present government, Prime Minister Justin Trudeau can take pride in this remarkable step forward. The approach to Senate appointments has broadened the depth of debate and the quality of legislators in the chamber.

The Senate, in which I served from 2005 to 2014, was largely driven by partisan directives from the parliamentary wings of the two old-line parties. The appointments made by them when in office reflected those partisan priorities. Creating a mirror Upper Chamber with the same divisions and tensions as the lower and elected House was not what the negotiators of Confederation had in mind. Their intent was for a revising chamber that improved legislation, asked more detailed questions and was a thoughtful source of unhurried judgement, all the while respecting the democratic will of Canadians as mandated by an election and expressed by the duly elected government.

The old Red Chamber had very little room for substantive legislative amendments. Last week, the marijuana bill went to the House of Commons with more than 40 Senate amendments. The government accepted all but 13. It was passed into law upon its return to the Senate. In the nine years I served, 10 bills would not have had that many amendments in total under either prime ministers Paul Martin or Stephen Harper. Partisan bosses on both sides would have seen to it and made it impossible.

The mix of appointments since the 2015 election, with prior vetting by a group of distinguished non-partisan Canadians, is a huge improvement over the lobby and party insider-fest from which previous prime ministers largely chose. Good and able people were appointed under both structures, but today, gender, expertise and occupational balance is much stronger, as is the openness to a deliberative debate not driven purely by partisanship on every bill, resolution, inquiry or policy matter.

The Conservative Senate opposition has charged that the new appointees are merely closet Liberal elites professing to be independent. While predictable, this charge is disappointing. Harper Conservatives and their Reform forebearers made Senate reform the sine qua non of their ascent to power. They were sincere about this and many Progressive Conservatives were supportive. However, in 2014, the Supreme Court defined what could and could not be done within the Constitution. Mr. Trudeau proposed progress with a constitutional and less partisan approach. He received a strong electoral mandate from Canadians to do so and has followed through. Conservatives now insist that Independent senators are simpering Liberal plants when they support a government bill. If, however, Independents oppose a bill, it is evidence of chaos and disorganization. Damned if you do and damned if you don’t. This attitude is irrational and evidence of the mismanaged relationship the previous government had with the Senate and how that relationship contributed to its 2015 electoral defeat. A 2019 Conservative platform shaped around the notion that raw, undiluted partisanship in the Senate is the better way is as improbable as it is foolhardy.

Those on all sides who have built the new operating processes in the Senate deserve credit, especially the government’s small representative group of three senators led by Peter Harder. The new co-ordinating team of the Independent Senators Group headed by Senators Yuen Pau Woo and Raymonde Saint-Germain and those Independent Liberals and Conservatives (and there are some) who abstained or absented themselves from the crucial votes that passed the centrepiece legislation of the elected House, also deserve due credit.

There is more to be done on this project (externalizing independent oversight of expenses for example) but this should in no way diminish what has been achieved. Diluting the worst partisan excesses of a Chamber’s operations after 150 years and replacing them with a less partisan, more open, balanced and considered operational context is not to be sneezed at. It has the genuine impact of improving the legislative framework of how our parliamentary democracy works – no small achievement – especially when, on a global basis, democracy is under significant dysfunctional pressure. 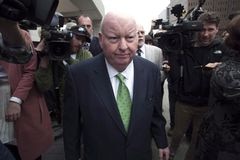 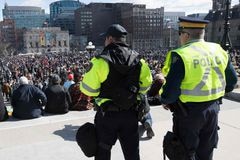 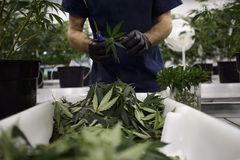