For much of this year, the gap between the majority of Americans who disapprove of Donald Trump’s performance and the minority who approve had been narrowing. The rogue Republican President was becoming less unpopular.

But in recent weeks the gap has widened, and on Wednesday it returned to double digits, with 53.1 disapproving compared to 43.1 approving, according to the aggregator RealClearPolitics. Mr. Trump may finally have jumped the shark.

Witness Wednesday: At the NATO summit in Brussels, Mr. Trump lashed out at Germany, one of the United States’ closest allies, for relying on the United States to protect it from Russia even as it purchased natural gas from Vladimir Putin’s regime.

“Germany is totally controlled by Russia,” he told NATO Secretary-General Jens Stoltenberg, in front of reporters. He went on to berate NATO member states for not spending enough on defence. “We’re not going to put up with it,” he warned.

What mattered most was not German Chancellor Angela Merkel’s measured response – “We can make our independent policies and make independent decisions” – but rather the response of the U.S. Senate, which in anticipation of the summit voted 97-2 in favour of a motion affirming support for NATO.

And in a further rebuke, the Senate voted 88-11 on Wednesday afternoon on a motion criticizing the Trump administration’s tariff policy. These non-binding motions are only first steps, but they are meaningful shots across the President’s bow.

All of this comes even as the Trump administration announced a further US$200-billion in impending tariffs against China, which if implemented could mark the end of any meaningful trade between the world’s two largest economies, since China would certainly respond with matching countertariffs.

The world is fighting back with retaliatory tariffs, and those tariffs are starting to hurt. John Murphy, senior vice-president of the U.S. Chamber of Commerce, said a new tariff by Mexico on dairy products was a “disaster” for dairy farmers. “It’s a perfect storm spawned in large part by tariffs unleashed in Washington,” he tweeted.

Mr. Trump urges patience. “Farmers have done poorly for 15 years,” he tweeted from Brussels. “Other countries’ trade barriers and tariffs have been destroying their businesses. I will open things up, better than ever before, but it can’t go too quickly. I am fighting for a level playing field for our farmers, and will win!”

But for the Republican establishment, this President’s usefulness may be on the wane. Yes, he helped deliver a tax cut that favours their wealthy supporters. And with his nomination of Brett Kavanaugh, the Supreme Court will have a conservative majority that could last a generation.

But Mr. Trump’s excesses could damage Republican re-election prospects in November’s midterms and in 2020. The tariff wars are bad for business. The cruelty of his decision to separate the children of border-crossers from their parents ignited a firestorm of protest.

While Republicans are wary of angering Mr. Trump’s fervent supporters, they can’t be happy about the clutch of self-declared neo-Nazis and other white supremacists who have managed to win Republican nominations in state and House races.

And everyone continues to wait for special counsel Robert Mueller to report his findings on possible collusion between Russia and the Trump team.

For any Republican running for office, Mr. Trump’s tariff wars, Latino bashing and relentless attacks on America’s allies cannot be helpful, which may be why a growing number of them have started to distance themselves from him.

Thoughtful Republicans will also know the long-term damage the President is inflicting on their brand. Last month, the U.S. Census Bureau reported that, thanks to falling fertility rates, the population of white Americans is now in decline. Non-white babies have outnumbered white babies for nine years.

Mr. Trump’s multifront war on immigrants and foreigners may play well with his base of fearful white voters. But the base is shrinking.

We may already have passed peak Trump.

The U.S. exiting NATO is no longer impossible to imagine – here’s how it could happen
July 12, 2018 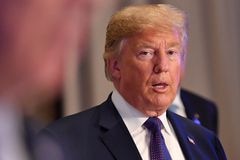 China can hit U.S. tech firms where it hurts in tariff response
July 11, 2018 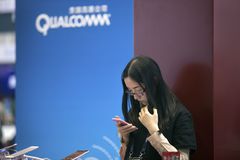 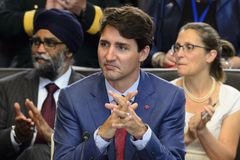