In late April, Ontario Superior Court Justice Shaun Nakatsuru sentenced Jamaal Jackson to six years in prison for gun possession, due to his breach of a previous court order prohibiting him from owning or carrying such a weapon. Taken on its own, the process of incarcerating a black male is a banal exercise – though black people represent less than 3 per cent of the Canadian population, nearly three times that number is represented in the prison population. And that percentage of the prison population has risen rapidly over the past decade.

But Justice Nakatsuru’s sentencing process was far from routine. Acting on a request from Mr. Jackson’s lawyers Emily Lam and Faisal Mirza, Justice Nakatsuru considered a number of reports (including an impact of race and culture assessment provided by Nova Scotian sociologist Robert Wright) to take into account the ways that Mr. Jackson’s difficult upbringing, history of racialized treatment by his peers and early contact with the criminal-justice system had shaped the life that ultimately brought him into Justice Nakatsuru’s courtroom. Rather than the Crown’s recommended 7 1/2 years, Justice Nakatsuru sentenced Mr. Jackson to six years, and Mr. Jackson’s more than three years of pretrial custody would be credited.

Though cultural assessments are relatively new as applied to members of Canada’s black communities, the process of presentencing considerations has, for almost 20 years, been formalized for Indigenous via the Gladue principles (taking all reasonable alternatives to incarceration into account during sentencing). Justice Nakatsuru emphasized in his ruling that, even though the social and historical experiences of black Canadians should be taken into account during sentencing, expanding the Gladue principles to encompass them would not be appropriate.

Given differences, this makes sense. But even though Justice Nakatsuru’s ruling represents what Mr. Mirza called a “watershed moment,” it is indicative of a cascade of failures in Canada’s social system.

Consider that in Mr. Jackson’s home province of Nova Scotia, where he first came in contact with the justice system as a teenager, 32 per cent of black people live in poverty. The rate is twice that experienced by their white peers, and if one considers the population of black Nova Scotian youth aged 18-24, it leaps to more than 40 per cent. Consider that almost one in four black Canadians countrywide experiences poverty. A 2006 study found that, even factoring in educational attainment, black people consistently earn 10-15 per cent less than their white co-workers. That study also found that unemployment in black communities is more than double that of their white peer communities.

These are figures that have remained stagnant for years, if not worsened, despite Canada’s relatively stable economy and high standard of living. And where poverty and unemployment exists within black communities, the context behind the numbers too often shows that black people are made to run a gauntlet of obstacles designed by social and criminal-justice systems. The failure to avoid those obstacles too often results in our bodies being shuttled from our homes and communities, and warehoused within state and prison systems.

Study after study has found that black youth are streamed into school programs that operate below their capabilities, that they are suspended from school at a rate far exceeding that of their white peers and that they are taken into the care of Children’s Aid services at a rate wildly disproportionate to their demographic presence. Studies have also repeatedly shown that black communities are over-policed – often via targeted racial profiling.

A recent CBC study found that, of people killed in encounters with Toronto police between 2000 and 2017, 36.5 per cent were black. And a 2015 report by the Office of the Correctional Investigator (OCI) found the number of black inmates over a 10-year span grew by 69 per cent, and that those inmates represented nearly 10 per cent of the total federal prison population. In fact, the black inmate population rose every year that former OCI ombudsman Howard Sapers drafted his annual report.

When we talk about the nature of systemic racism in Canada, these are the wages, and the consequences. The experience of being Canadian, for black people, has for too long been shaped around correcting for the tendency of our institutions to push us toward encounters with the criminal-justice system. That Justice Nakatsuru would take these facts into consideration, as well as urging his peers to do the same, is encouraging. At the same time, judges cannot possibly function as the backstop for Canadian society’s failure to address anti-black racism. That is an impact that the rest of us have a responsibility to fix. 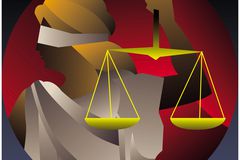