Lisa Austin is the chair in law and technology at the University of Toronto faculty of law, where she teaches both property law and privacy law.

The federal government recently announced the launch of a consultation on digital and data transformation. In its press release, the government framed the central issue as seeking a balance between economic innovation and privacy. This is unfortunate. Not only are these values not necessarily in tension (protecting privacy can be good for business, researchers are developing privacy-protective methods of data analysis), but they provide a cramped framework for understanding what is at stake.

The online consultation contains many questions about how Canadians feel about data ownership. But ownership language portrays data like a natural resource. As many have said, data is the new oil, and economic prosperity requires its extraction and processing. Within this framework, privacy becomes a competing claim of control – a kind of “ownership” claim to be carefully balanced against the ownership claims of those doing the extracting and generating economic gains.

This is a 20th-century approach to 21st-century topics. A better framing recognizes that data is not a natural resource but a new informational dimension to individual and community life.

Accessing this dimension and using it in new methods of analysis – including artificial intelligence – is not about extracting assets but about making our social world legible in new ways. This new legibility opens up important and novel opportunities to organize ourselves and our activities for economic and social benefit. Companies operating in the data dimension have important commercial interests. But seeking to protect them through the language of ownership too easily erases the social aspects of data and the social responsibilities that should accompany its collection and use.

Privacy language is important but it is also too narrow to capture the complexity of the non-commercial rights and social interests at stake in our new data dimension. First, the privacy interest that most often gets invoked is a narrow consumer interest of control over personal information that then is further narrowed to an issue of consent. But privacy has many facets, including public ones. For example, the terms of state access to our new data dimension is a key component of public trust, one that is currently missing in the national consultation.

Second, privacy is a human right, not just a consumer interest, and takes its place within a broader set of human rights that we also need to talk about. As we create smart buildings and smart transit, as we embed sensors in infrastructure and through wearable technologies, and as we embrace artificial-intelligence technologies that can recognize our faces and predict our behaviour, we need a richer vocabulary than privacy to address the impacts. This includes freedom of expression, freedom of association and non-discrimination.

Third, privacy puts attention on individual interests when there are important social interests at stake as well. The development and deployment of digital technologies can have disparate impacts on different groups within society. This is not just a question of displacement from jobs or about access to the internet. It also means that when we decide to use new artificial-intelligence techniques to assist, or even automate, human decision-making in different contexts we do so with appropriate regard to the ways in which this can impact vulnerable groups. In the past century we were concerned with social justice. In this century we need to also understand data justice.

Canada has recently acknowledged the importance of values like human rights, inclusion and diversity through the G7 Innovation Ministers’ Statement on Artificial Intelligence and the Canada-France Statement on Artificial Intelligence. If Canada wants to lead in digital strategy more generally, then these values also need to frame the current consultations on digital and data transformation. There are tremendous opportunities here. But we are not extracting resources, we are building a world. It has to be a world we all want to inhabit. Let’s do it the Canadian way – the pursuit of economic innovation within a framework of human rights and data justice. 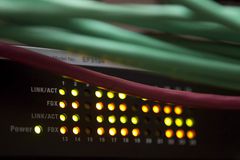 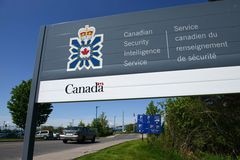 In spite of past warnings, CSIS continues to harvest troves of data on ordinary Canadians, watchdog reveals
June 20, 2018 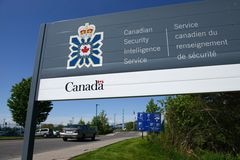