John Higginbotham
Contributed to The Globe and Mail
Published August 4, 2019 Updated August 2, 2019
Comments
Please log in to listen to this story. Also available in French and Mandarin. Log In Create Free Account

John Higginbotham is a senior fellow at Carleton University and CIGI

We are in the dog days of summer, Parliament is not in session, a cold beer on the deck beckons and a federal election is less than three months away.

Meanwhile, the Arctic Ocean is on track toward another record-breaking summer shrinkage of the Arctic ice cap in both area and density.

This breathtaking trend is driving unprecedented thinking, interest and investment in Arctic economic development and military preparedness by all of Canada’s neighbours and competitors in the high north.

The Russian Northern Sea Route is now a link in China’s strategic Belt and Road Initiative. Russia continues to invest in significant and destabilizing Arctic military hardware, bases and exercises, working increasingly closely with China in a largely secret partnership reminiscent of Stalin and Mao in the 1950s.

As to intent, Russia remains in Crimea, and China creates what the United States deems illegal bastions on reefs in the South China Sea.

The U.S. government has awoken late and poorly prepared for this challenge, declaring it will not allow the Arctic Ocean to become a Russian lake, and that China has no special rights or role in the new Arctic.

This bold plan stops short in the American half of the Beaufort Sea, where the Trump administration is encouraging oil and gas development as fast as the courts permit.

On the eastern side of the Beaufort, the Trudeau government’s oil and gas moratorium persists, communities suffer and enormous resources remain stranded.

The federal government has not found the starting blocks in the race to plan and invest regularly in core pan-Canadian Arctic marine, surface and military Arctic infrastructure.

Why is this happening? A good clue is the answer to the question: What became of the government’s Arctic Policy Framework (APF)?

The APF was originally billed as a blueprint for Canadian Arctic strategy and actions up until 2030, integrating domestic and international challenges and directions. For three years, the government has repeatedly promised, pirouetted and postponed the “co-development” and release of this framework.

Many hoped the result would be a bold and comprehensive white paper on the future realization of Canada’s nation-building project in the high north, balancing security, social, environmental, Indigenous and economic goals, especially through a long-term, wealth producing infrastructure plan.

Such a national Arctic investment plan with a strong maritime emphasis could enable the communities and regional governments to flourish in this new tough, competitive environment.

Instead, a patchwork of ad hoc departmental policies and budget announcements appeared, reflecting the progressive identity and social narrative of the Trudeau team, but before a guiding framework was developed and debated by northern and southern Canadians.

Some see the delays and false starts and ever-widening circles of stakeholder consultations with often peripheral players as a stealthy way to look good to distracted southern voters, diffuse ultimate federal responsibility for Arctic development and avoid budget commitments to serious nation building.

Now, if an APF statement appears, it will be seen at best as a self-congratulatory, retroactive and aspirational election document, the product of a well intended, but flawed policy-development process.

Thousands of hours of sincere effort by governments, stakeholders and officials fed into the APF, but to what end? There was no Arctic leadership from the Prime Minister, the Foreign Minister or other senior ministers and their political gurus.

In the end, the Trudeau administration lacked the vision, discipline and machinery to produce a long-term plan for serious Canadian Arctic economic development and security policy.

The current approach is just not proportional to the challenges Canada will face in the Arctic. 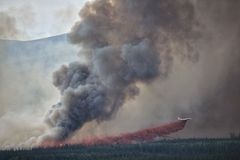 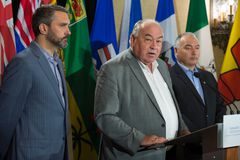 Opinion
Cold, dark and dangerous: The connection between the Arctic and outer space
July 25, 2019 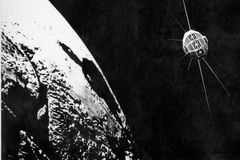