Last week’s federal election has exposed the weakness of our electoral system and confirms that we must stop spinning our wheels on electoral reform. While the election result may have been satisfactory for many Canadians, getting there was a scary experience. We’ll only escape this mess with some compromise, which has been sorely lacking on electoral reform perhaps because the stakes are so high.

Many people are seeking alternatives to the dominant parties but the system penalizes them. At the same time, it is becoming easier and easier for majority governments to be elected with minority support, adding to polarization. In the United States, Donald Trump’s aim seems to be to win re-election with a carefully calculated and carefully cultivated minority of riled-up voters, and that may soon be the Canadian reality.

Justin Trudeau won a reasonably comfortable minority government with the lowest percentage of the popular vote of any government in our history, to some extent because he won over strategic voters who preferred other parties but also feared the Conservatives. He got a big assist from Andrew Scheer, who in the last days of the campaign frightened many progressive voters by claiming he had a right to govern with a projected third of the vote. An Angus Reid postelection survey found that 23 per cent of undecided voters didn’t know who they would vote for until election day itself and of that group 48 per cent voted based on who they disliked the least.

Between elections those folks are often dismissively called parkers. For example, when the Greens were in the teens in the polls earlier this year that phrase was used because it was expected that, come election day, alleged supporters would get in their electoral cars and zoom off to a different destination. But that trivializes them, their preferred party and the situation.

Imagine they lived in France. If the election were held there, they could vote for their stated party. Another run-off election would be held afterward if nobody gained a majority of the vote, with only the top two candidates listed. Then voters could choose the best between the two. No need to park. No need to be split between personal favourite and strategically voting to get the most favourable national outcome. They can do both.

Other countries prefer proportional representation, in which people vote for their favourite party and through different allocation systems the legislative body reflects the divided country. Again, no need to park your vote.

Those are alternatives Canada could embrace but instead our wheels spin. We aren’t necessarily content – many voters thought they were getting electoral reform after the 2015 election – but we are split over the systems, all with advantages and disadvantages, and unable to find a way forward. We blame Prime Minister Justin Trudeau but the actual villain is a thrice-divided, antagonistic populace – some preferring the existing system, some preferring preferential voting and some preferring proportional representation, with nobody willing to compromise. That’s why we’re at a federal stalemate and provincial referendums have rejected change. I have two suggestions, one to help us while stuck and the other to get us out of the morass.

First, let’s give defensive voters (the best name for them), who may well have decided this election, proper information so when they are forced to abandon their preference they can do so knowledgeably. One week before voting day, Elections Canada should conduct surveys with sufficiently reliable samples to give feedback on the actual situation in every riding in Canada – or, more contained in cost, every riding in which, say, the victor last election had less than a 20-percentage-point lead over the second-place finisher. If the system forces people to vote defensively, give them proper information to make their decision instead of today’s frustrating guesswork.

With the political parties stuck on whether to change the current electoral system or how – each steadfast in their own best interest – those favouring reform need to compromise. We have had many elections under the first-past-the-post system. We know how it works. But many people are wary about the alternatives. The solution: The next two federal elections should be held under preferential voting or a two-stage run-off system, and the two subsequent elections under proportional representation, with a referendum afterwards to choose between the three alternatives.

Those favouring each alternative system have been fighting each other and helping to prevent reform. It’s time they acknowledge their own role in frustrating electoral reform, unite and move us forward. 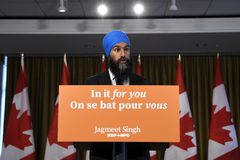 Opinion
Déjà Tru: In his second term, Justin Trudeau could learn from his father
October 25, 2019 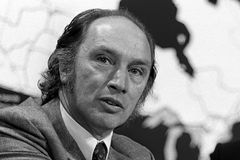 Explainer
How will Trudeau’s minority Parliament work? A continuing guide to the new balance of power
Subscriber content
December 12, 2019 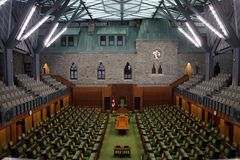