Amanda Orlando is the author of Everyone’s Welcome: The Art of Living and Eating Allergen-Free.

When 10-year-old Mason Wicks-Lim signed up for his local youth theatre program, he didn’t expect turmoil to ensue over his peanut allergy. His mother had reached out to the club director to discuss whether an adult, trained to use an EpiPen, could be present and whether nuts could be disallowed for snacks. Yet despite her offer of free EpiPen training, the director did not want to make this accommodation. (Later, one of Mason’s friends, Sam Picone-Louro, who was also a member of the theatre program, e-mailed the program’s director to accuse her of “rejecting Mason.” As a result, the director barred Sam from the program unless an apology was issued.)

In my experience, bringing up my food allergy at restaurants or around new faces is often met with blank stares or disclaimers that nothing is a guarantee. For kids, this usually manifests in sitting separately from others at mealtimes during school, or being excluded from parties, play dates or other activities, just as in Mason’s case.

Social isolation and exclusion of people with food allergy – an increasingly common autoimmune disease affecting over 2.5 million Canadians – has long been the go-to solution. Parents of these kids, and the kids themselves, don’t often speak up about the emotional toll and impact it has on their mental health. When exclusion and social segregation occurs so often, the idea that you’re a problem for others to deal with becomes ingrained in you. I know this all too well, having lived with life-threatening food allergies since early childhood. The “allergy table” has been the practical solution in schools, but education, empathy and thoughtfulness are the long-term solutions.

Food is intrinsic to our lives and plays a major role in our cultural traditions and social development. As a child, knowing you have to leave or separate yourself every time food is present, or that you may not be allowed to participate because of your allergy, is an unspoken communication that you are not welcome.

When schools, workplaces or public services refuse to make reasonable accommodations to keep the allergic person safe, we as a society fail to realize that this is discriminatory.

The U.S. Department of Justice in Massachusetts ruled that Young Shakespeare Players-East’s exclusion of Mason from the theatre program due to his food allergy was a failure to provide “reasonable modifications” and violated the Americans with Disabilities Act.

For those living with food allergies this is a landmark case. The ruling is a sign of hope and validation. The battle against exclusion has been going on, quietly and for a long time, as families advocate in their daily lives. The activism of two young people finally brought it into the spotlight. The main reason Mason decided to file a complaint against the theatre club was to prevent future discrimination against others such as himself.

One of the issues posed by the club was whether or not they could provide adult supervision by a person trained on how to use an EpiPen, in the unlikely event that Mason had a reaction. Safety training, such as CPR, is common practice. So why does an EpiPen make people throw their hands up?

Although it’s considered a disability, people with food allergy are generally in good physical health. It’s only once an allergen is ingested, even in a minute amount, that their system can go into life-threatening anaphylactic shock, placing it in the informal category of “invisible disability.”

What others often fail to realize is that food allergy cannot always be managed solely by the individual. In an ideal world, it would be. Those who grow up with food allergy learn to be extremely diligent about what they touch and consume, the importance of reading labels and to always carry their medication. But in the real world, where allergens can be present literally anywhere, we rely on those around us to be considerate and empathetic.

When management of one’s allergy crosses over from being an individual issue to one that involves the public, it can become divisive. Especially when it demands change. For example, asking parents not to send in baked goods for the classroom, or that students wash their hands after touching any food. These requests can seem arduous to those that do not understand or are unfamiliar with food allergy. I’ve heard it described as helicopter parenting, too much political correctness or not teaching the child to live in the real world. It’s none of those things: It’s just taking reasonable measures to keep a child safe.

When I was a toddler, a friend of mine spontaneously kissed me goodbye after a play date. He had been drinking milk, to which I am allergic, and I went into anaphylactic shock. I share this story because it exemplifies why food allergy cannot always be managed solely by the individual. Had he asked me, I would have declined the kiss and hugged him goodbye instead. Had I been at school, my teacher would have had to give me a shot of epinephrine. My family and I didn’t begrudge my friend for accidentally causing a reaction, but we did use it as a teachable moment.

Moving forward, we have to seize opportunities to educate for inclusion, just as Mason and his family did. Making large-scale change happen is never easy. It will take determination, courage and persistence to educate others and instill a sense of empathy and community responsibility to protect the tens of millions of North Americans living with food allergy. With no known cause or cure, this invisible disability is here to stay for the foreseeable future. We should feel compelled, not annoyed, to help those living with life-threatening food allergies. 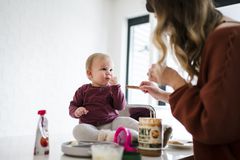 My kid has food allergies – thank you for thinking twice
December 9, 2018 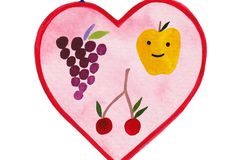 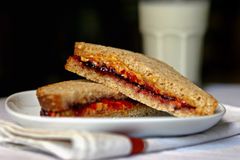 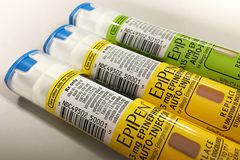