It’s girls who get all the attention these days. But it’s the boys we should be worried about. Boys lag girls in school at every level. They drop out, get in trouble with the law, and become disconnected from the mainstream – sometimes for good.

Jamil Jivani was heading there himself. He grew up in Brampton, Ont., in a mostly immigrant neighbourhood. His father is a black African from Kenya; his mother is Scottish-Canadian. At age 16, he couldn’t read – or didn’t care enough to. He was convinced the system was rigged against him. His role models were gansta rappers. Police officers gave him a hard time. His dad wasn’t in the picture.

“I spent much of my time in high school contemplating various criminal activities,” he told me. “I didn’t know who I was any more.” At 17, he tried to buy a gun.

Mr. Jivani is now 30. He is a law professor, a graduate of Yale, and an activist for disadvantaged communities. His personal story is the powerful thread running through his new book, Why Young Men: Rage, Race and the Crisis of Identity. His voice is all too rare these days: blunt and truthful, but also positive and hopeful. He aims to change the conversation from “either/or” to “and also.” “If you’re trying to change the conditions young men grow up in,” he says, “you need to talk about both law enforcement and families.”

He gets pushback saying things like that. “People are used to hearing a certain kind of narrative – the world is unfair, racist, biased, and the primary concern we should have is that these are systems that oppress us – systemic racism, sexism, and so on. It’s amazing how much this passes as a truth.”

Mr. Jivani believes that we can’t address the crisis of young men without talking about families and culture. For boys, fathers are their first line of defence. Without fathers, they may have no positive role models for how to be a man.

“A lot of people in the black community want to talk about fatherlessness,” he says. But we seldom hear from them. The voices you hear are all from one side, and the media seldom seek out any other perspectives.

People censor themselves too. “It’s amazing how many young people I know silence themselves. They’re uncomfortable with giving opinions that don’t fit the acceptable political opinion.” Black Lives Matter makes things worse. “It’s a style of activism that tries to define people – to tell them this is what you’re supposed to think and do because of your identity.” Yet many people in black communities feel morally pressured to support the group, and those who don’t are shamed or called out. “BLM’s approach to activism focuses on having an enemy that must be defeated,” he writes. “It is accusatory at its core.”

Mr. Jivani’s is a rare voice of moderation in an increasingly polarized world. He wants to build bridges, not burn them. Will anybody listen? Let’s hope so. He has a number of practical ideas for helping boys in trouble. They’re not complicated. We need far more male youth workers in disadvantaged communities, and more initiatives to work with boys in order to encourage healthy forms of masculinity. These things sound easy. But apparently they’re not. One person who proposed such an initiative was told that it would “promote patriarchy” and not be inclusive enough.

Yet surely, now that the girls are all right, it’s time to think about the boys – if only for our own sakes. Unmoored young men are a menace not only to themselves, but to everybody else. “What young men need most is moral clarity,” Mr. Jivani says. “Why are people drawn to extremist groups? Because they believe passionately in right and wrong. The idea that people aren’t hungry for that is a myth. Young men are looking for clarity, and so often it’s the worst actors who give that sense of clarity to them.”

Speaking of clarity, whatever happened to that gun?

”I never bought it,” he recalls. Instead, he went home and cried. “I realized that if I got the gun I would be validating the police expectations of me. I realized that my mother would look at me differently.” Instead of becoming a gangsta, he went back to school and started working at it. He found he had the capacity to aspire. He found people who believed in him. He found a purpose.

Now, Mr. Jivani’s life has taken another turn. Just before this book was published, he was diagnosed with lymphoma. He has hope that he will find a path through it. So do we all. We need his voice.

Opinion
A history of violence: Reckoning with male rage
March 17, 2018 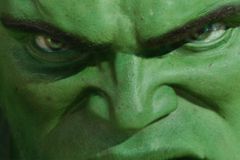 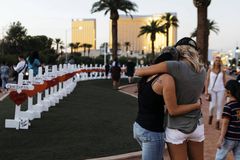 Opinion
When despair reigns, violence follows
January 26, 2016
Follow us on Twitter @globedebate Opens in a new window
Report an error Editorial code of conduct
Due to technical reasons, we have temporarily removed commenting from our articles. We hope to have this fixed soon. Thank you for your patience. If you are looking to give feedback on our new site, please send it along to feedback@globeandmail.com. If you want to write a letter to the editor, please forward to letters@globeandmail.com.
Comments